Dilip Tirkey on Sunday said one of his priorities will be to promote hockey at the grassroots level by setting up more artificial turfs in states like Punjab, Uttar Pradesh and Tamil Nadu 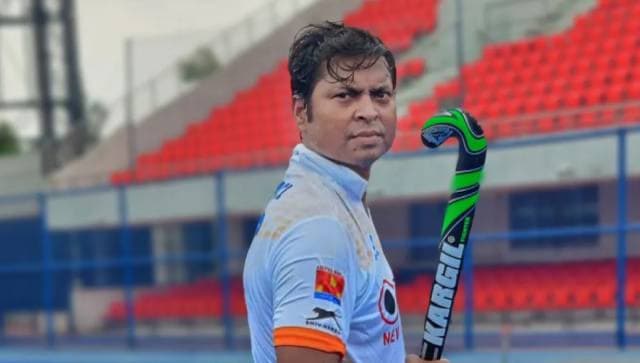 Gandhinagar: Newly-elected Hockey India president Dilip Tirkey on Sunday said one of his priorities will be to promote hockey at the grassroots level by setting up more artificial turfs in states like Punjab, Uttar Pradesh and Tamil Nadu.

Imad has been part of the Pakistan team since 2013, appearing in 145 international matches while Mubashir has been a regular Pakistan player since 2017, playing over 60 games

Karachi: Just few days after the Pakistan Hockey Federation cleared outstanding dues of the national team players, two seniors – Immad Shakeel Butt and Mubashir Ali – have announced they are retiring to focus on earning through other avenues. 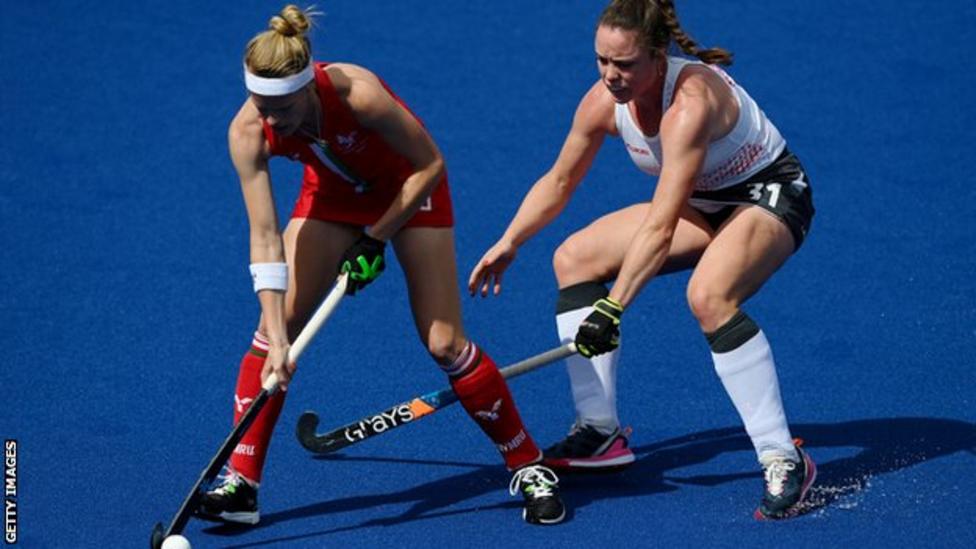 Former Wales hockey international Sophie Robinson said the sport "has shaped her hugely" as she reflected on her rollercoaster career.

Plenty of goals on day 1 of Premiership double header 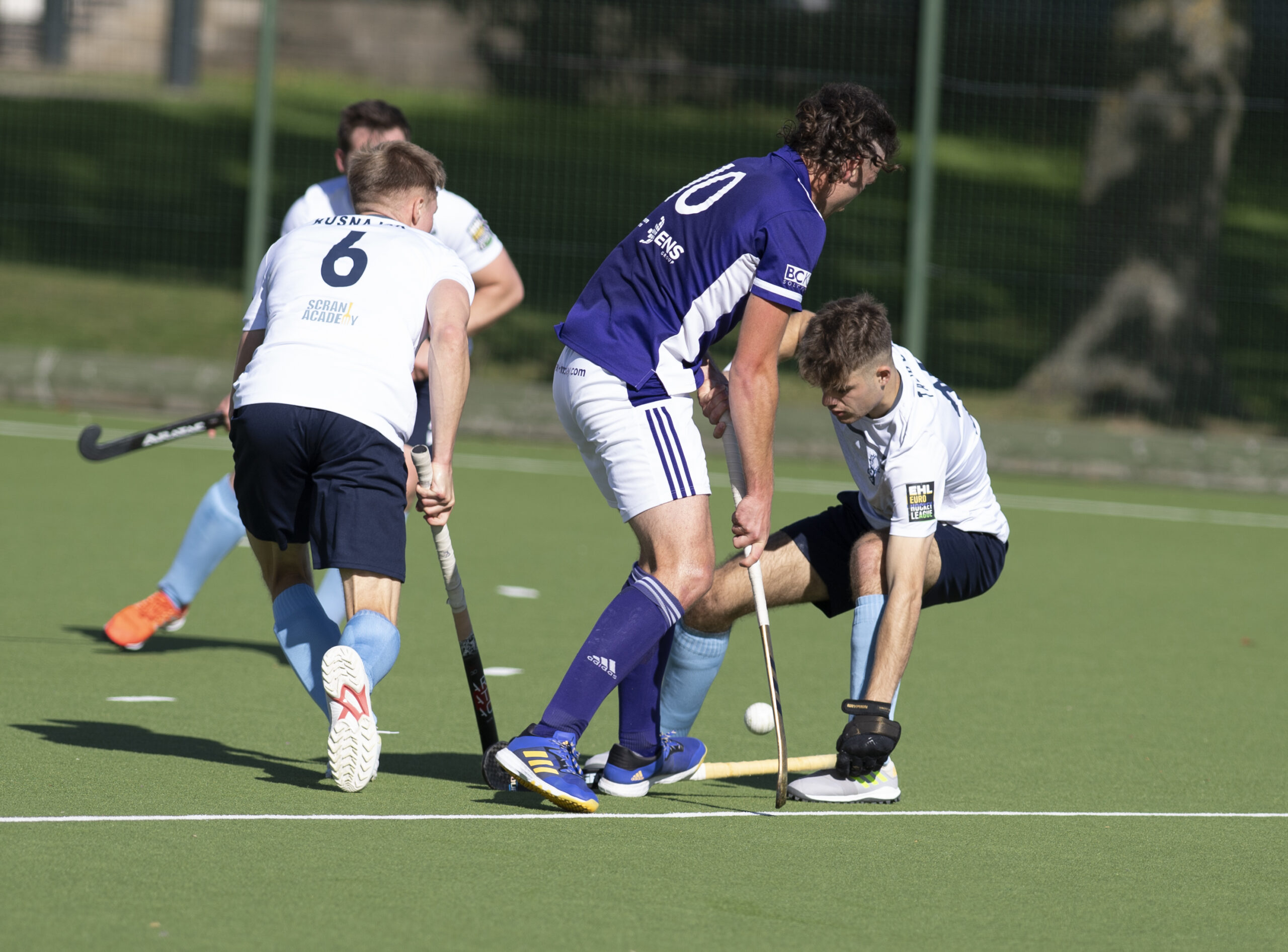 Western Wildcats continue their relentless quest to retain their men’s Premiership title and they were seven goals victors at newly promoted ESM. There was only one winner when Rob Harwood and Adam Mackenzie gave the Auchenhowie side a two goal lead. Then up stepped Andy McConnell to score a straight hat-trick, the first from the spot, the second at a penalty corner and the third from open play. The scoring continued with further strikes from Cameron Moran and Jack Mackenzie. It has been three long years between drinks but finally the Sultana Bran Hockey One League is back. The role of the goalkeeper has evolved drastically in the modern game, with the Sultana Bran Hockey One League’s unique field goal conversion rule and requirement for a mandatory winner of each match placing added emphasis on those between the posts.

Strathmore University Scorpions stretched their lead at the top of the 2022 Kenya Hockey Union (KHU) Women’s Premier League after they narrowly edged out Lakers Hockey Club 1-0 in a match played at Simba Club in Kisumu on Sunday. 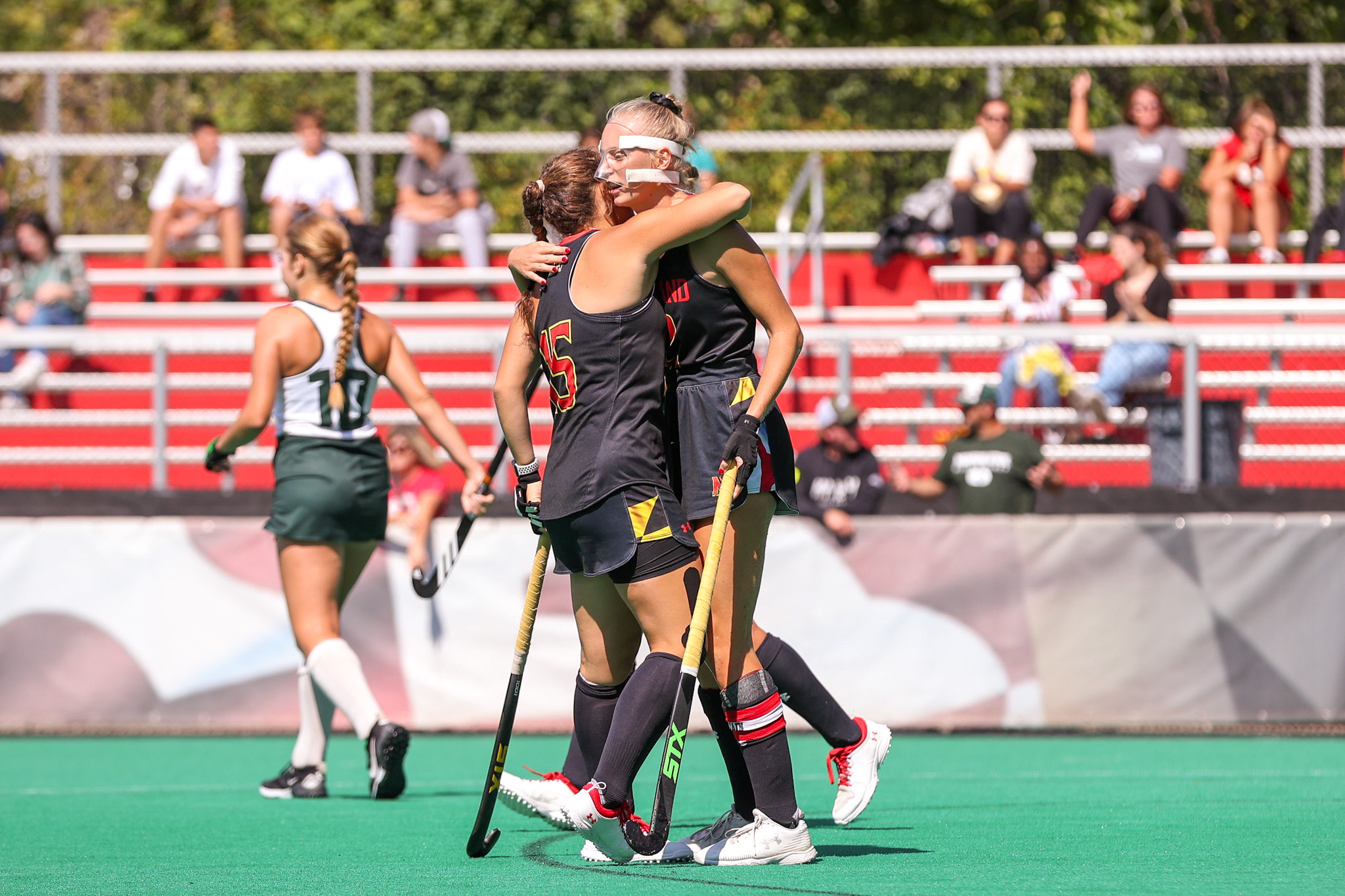 Maryland field hockey has been familiar with tight games in recent weeks. Going down to the wire against Ohio State, Princeton and Michigan in their last three games, the Terps were rarely able to take a breath until after the final whistle. 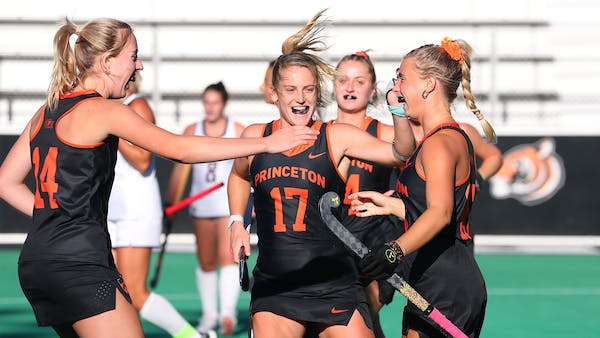 The 2–1 victory was the Tigers' third in four games. Courtesy of @TigerFH/Twitter. LYNCHBURG, VA – The Longwood Lancers took the #16 Liberty Flames down to the wire in a defensive battle in Lynchburg, but would lose by a score of 3-0. Neither team was able to score throughout the first 45 minutes until a fourth quarter rally from the Flames put them on top to seal the victory.

Ohio Field Hockey Falls to VCU on the Road Field Hockey Bounces Back with Shutout Win Over Sacred Heart Field Hockey Gets Weekend Sweep After 3-1 Victory Over Mansfield 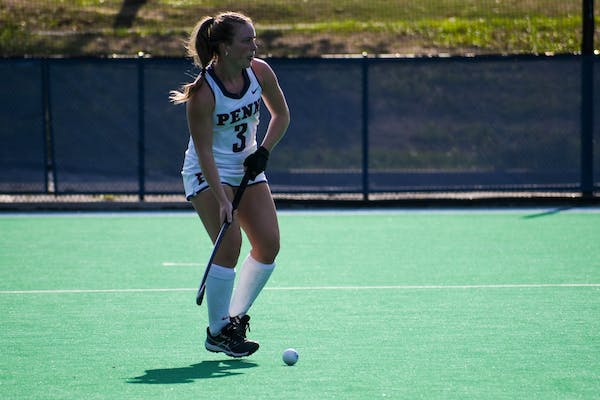 The Daily Pennsylvanian sat down with Penn field hockey's Meghan McGinley — who was one of two freshmen last season to play in each of the team's games — to ask 15 questions about her origins in the sport, her pregame rituals, and her future plans. Here's what the sophomore midfielder had to say.

Where is she now? New Zealand hockey legend Pat Barwick 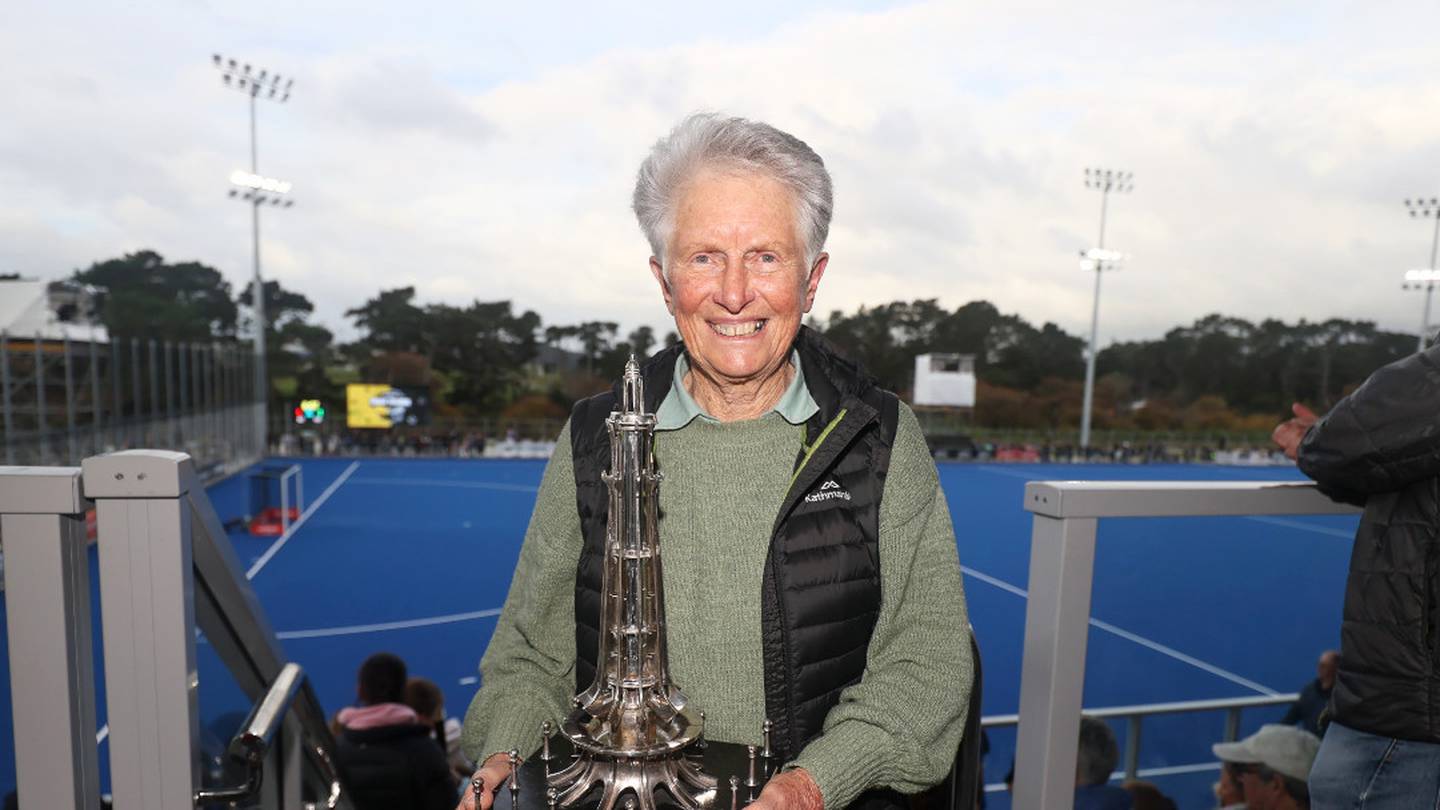 Former Black Sticks captain and coach Pat Barwick with the Pakistan Trophy she received at the NZ Hockey Awards for her outstanding contribution to the sport. Photo: Simon Watts/BWMedia.

Pat Barwick has one claim to New Zealand sporting fame that few, if any, captains in any code in this country can match.

Hockey player Kirandeep gets offer to do medicine at UPM

Kirandeep scored 9As in the Sijil Pelajaran Malaysia (SPM) examinations last year and obtained a CGPA of 3.88 in her matriculation. NSTP/HALIMATON SAADIAH SULAIMAN 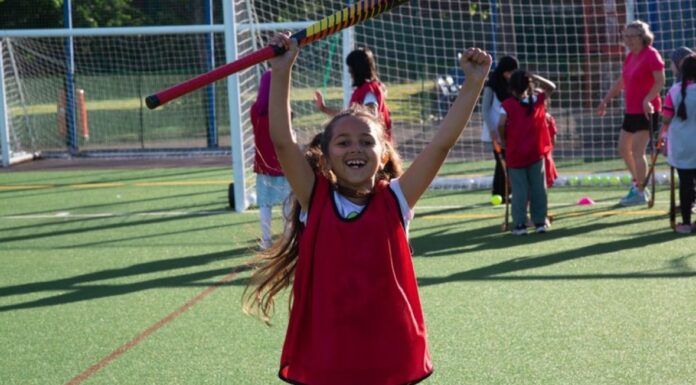 Programmes set to be rolled out across England PIC: England Hockey and Muslim Sports Foundation)

Inspired by the Commonwealth Games, a group of Muslim girls from Birmingham have been given the chance to try out hockey in a project which is set to be rolled out in other cities across England this season.