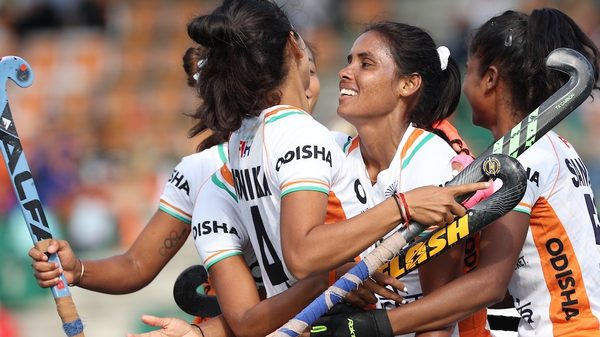 While the titles of the men's and women's FIH Pro League may have been decided, there are still a number of matches to be played, with final places and individual awards to be decided. Today's matches saw Netherlands seal second place as they defeated China in a hard-fought 2-1 victory. Earlier in the day, India had put on a 10 minute goal scoring surge to overcome a resilient USA.

ROTTERDAM, Netherlands – At the HC Rotterdam in The Netherlands, the No. 15 U.S. Women’s National Team took on No. 6 India in their first meeting of the FIH Hockey Pro League. Scoreless after the first quarter, USA took the lead just before the half. India responded with a strong second half, tallying three in the third but not before the red, white and blue brought it within one as time expired. The Eves added one more in the fourth for a final of 4-2.

India come from behind to beat USA 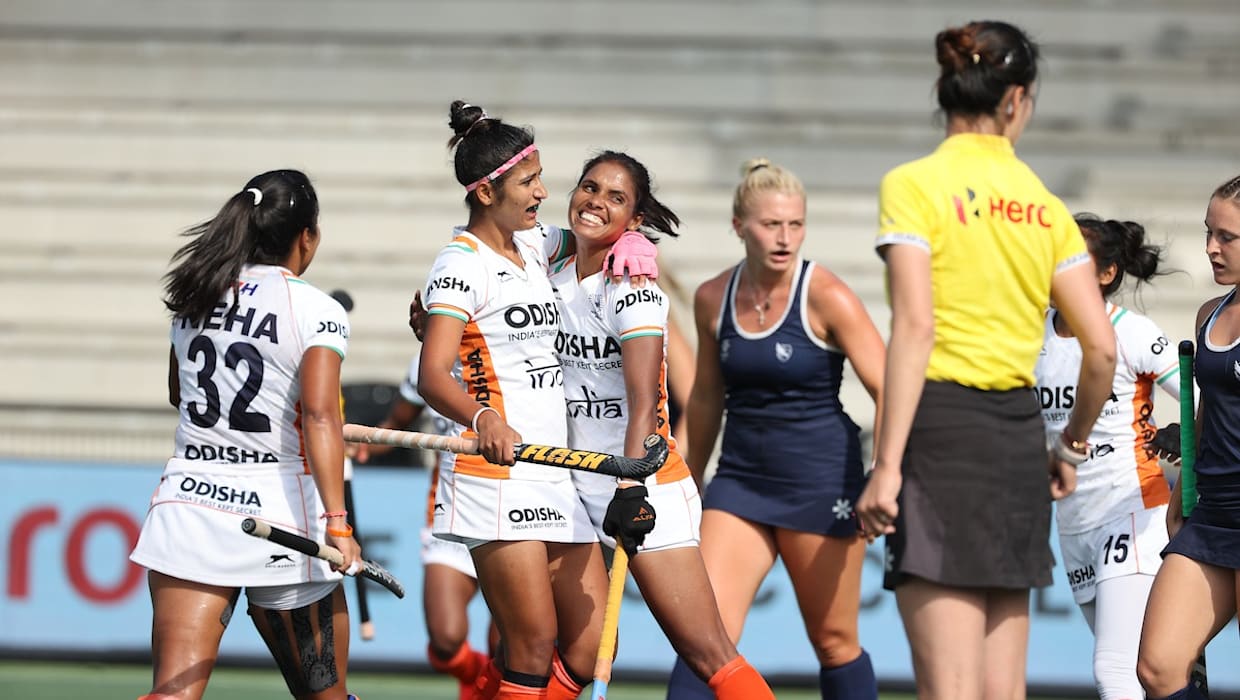 The Indian women’s hockey team came back from a goal down to defeat the USA 4-2 in its penultimate match of the FIH Pro League 2021-22 at the Hazelaarweg Stadion in Rotterdam on Tuesday.

The Indian women's hockey team came from a goal down to beat USA 4-2 in its first match of the FIH Pro League double-header here on Tuesday.

“Hockey has been growing very fast in Chile” 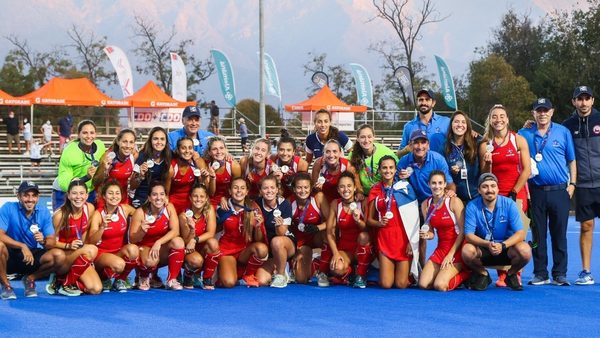 Ahead of the 15th edition of the FIH Hockey Women’s World Cup taking place in Spain and the Netherlands (1-17 July), we’re conducting a series of exclusive interviews with the participating teams. Today: Camila Caram (CHI).

Savita Punia will lead India in the upcoming Women's Hockey World Cup Deep Grace Ekka as her deputy while Rani Rampal misses out due to injury. Hockey India on Tuesday named the 18-member Indian Women's Hockey Team for the most-awaited FIH Women's Hockey World Cup to be held in Netherlands and Spain starting from 1st July to 17th July 2022. India grouped in Pool B along with England, New Zealand and China will begin their campaign on 3rd July against nemesis England, to whom they lost the Bronze Medal in the Olympic Games Tokyo 2020.

The 20-member Indian team has all the players who were in the Tokyo Olympics squad. 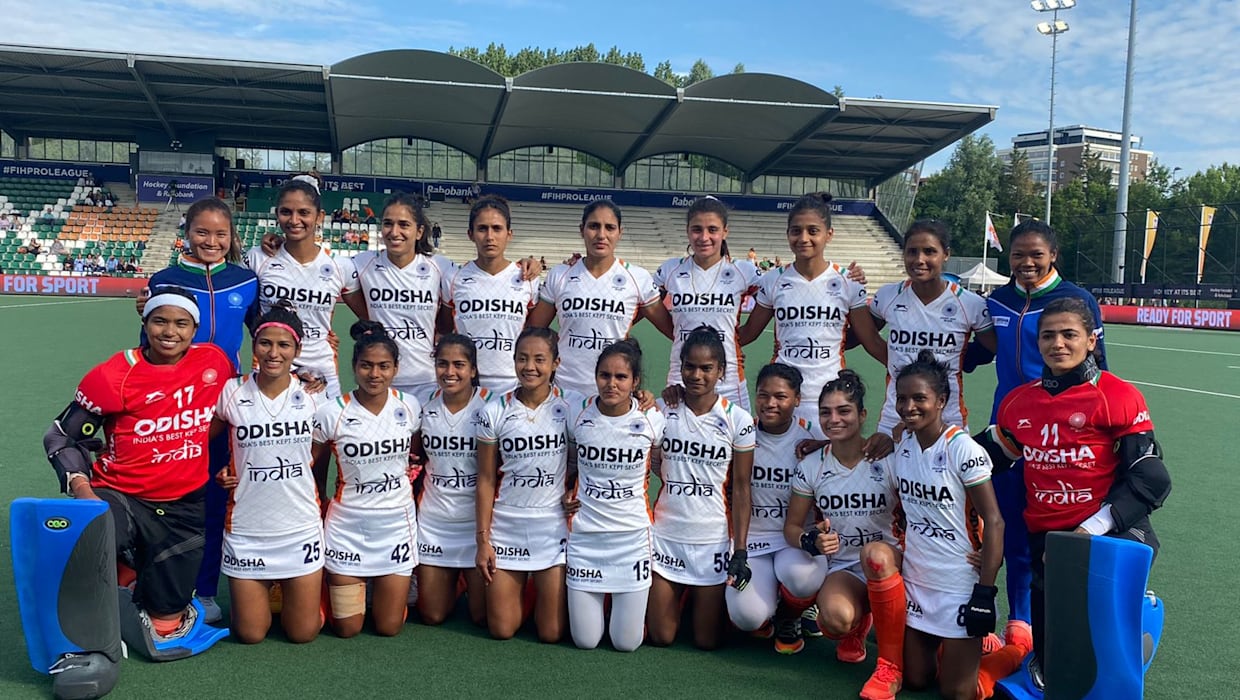 India, on Tuesday, announced a 20-member team for the FIH Women's Hockey World Cup 2022, which will be held in Spain and the Netherlands from July 1 to 17.

The Indian team will be led by Savita in the upcoming Women's Hockey World Cup, while Rani Rampal misses out from the 18-member squad due to injury.

Hockey India on Tuesday announced the 18-member squad for the upcoming FIH Women's Hockey World Cup to be held in Netherlands and Spain from July 1, 2022.

Skipper Rani Rampal has been left out of the upcoming Women's Hockey World Cup squad owing to an unfortunate injury. India's squad for the Women's Hockey World Cup was announced on Tuesday and it was revealed that veteran Rani Rampal will be missing the much-awaited competition. Mind you, this isn't a sudden injury which has rained on the forward's parade. Ever since her heroics in leading the team's historic show at the Tokyo Olympics, she was struggling with a hamstring injury. 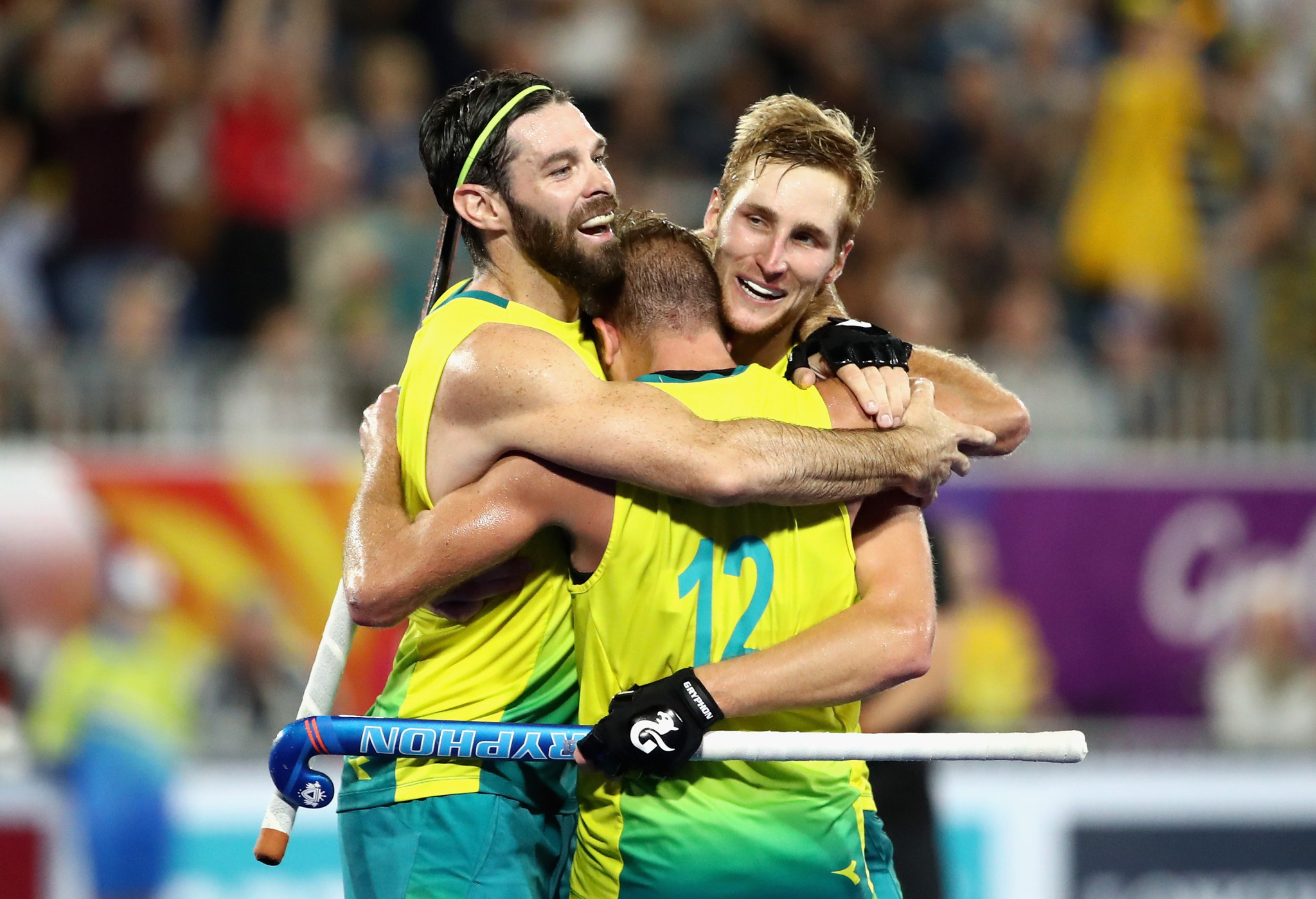 Eddie Ockenden is set to compete at his fourth Commonwealth Games after being included in Australia's men's hockey squad for Birmingham 2022, with the team looking to win a seventh straight gold.

How many medals has India won in Hockey at Commonwealth Games?

Here’s a look at India’s record on the hockey field over the years at the Commonwealth games. ockey has always been synonymous with India. While the sport certainly has had ups and down in India, the national team's hegemony in the Olympics will always be cherished. The 80s and onwards saw a decline in both the men's as well as women's performances on the field. However, with the introduction of hockey into the Commonwealth Games in 1998, the teams found their mojo once again and came up with some formidable displays in the competition.

We lived five spectacular and emotional days, as it was the first time that the Central American teams were going to have the opportunity to participate in an international 11v11 event. Many of these teams are used to train during the year in reduced formats such as Hockey 5, so this time they would have to show all their technical, tactical and physical knowledge to be able to face each game. Australia’s premier men’s and women’s hockey competition, the Sultana Bran Hockey One League, is back following the release of the schedule for Season 2.

KUALA LUMPUR: Defending champions Perak suffered their first defeat while Kuala Lumpur were held to a draw in the national Under-16 competition at the National Hockey Stadium in Bukit Jalil today.

Melaka, Negri virtually in semis of National U-16 tournament

KUALA LUMPUR: Melaka Girls have virtually qualified for the National Under-16 semi-finals following the 3-0 win over Sabah in a Group A match at the National Hockey Stadium in Bukit Jalil today.