Day 1 of the European Qualifiers got underway in Cardiff today. The quarterfinals would see 4 teams progress to the semi-finals on Saturday (with the Finals on Sunday) and 4 teams play the ranking games on Friday and Sunday. 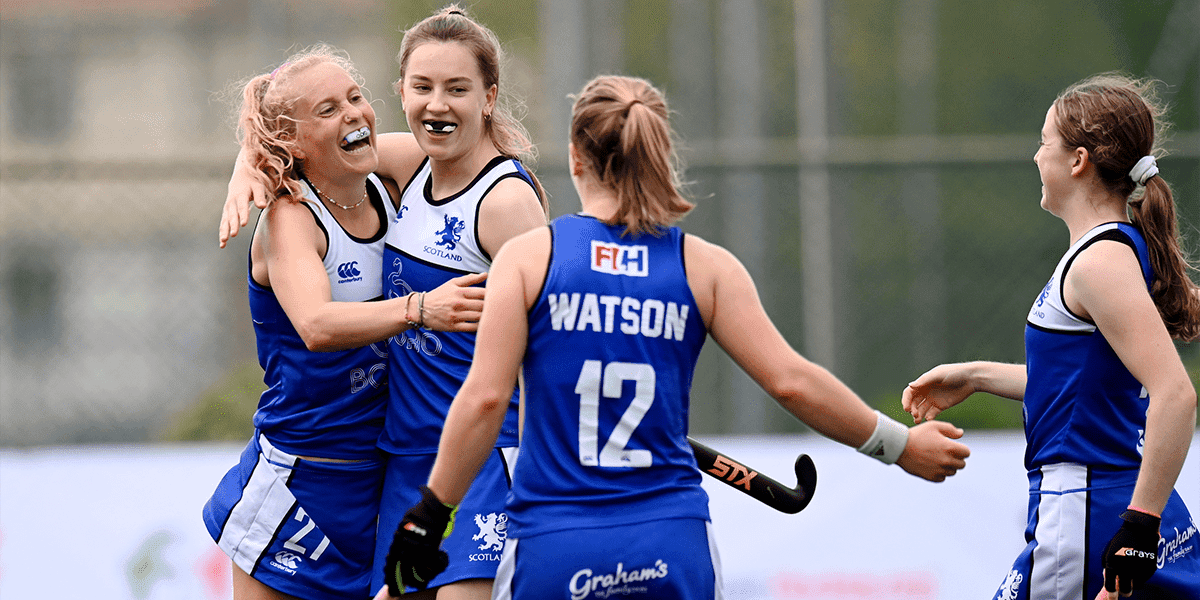 Scotland and Wales’ women will meet in the World Cup Qualifier semi-finals on Saturday after both secured huge wins in Pisa, Italy. 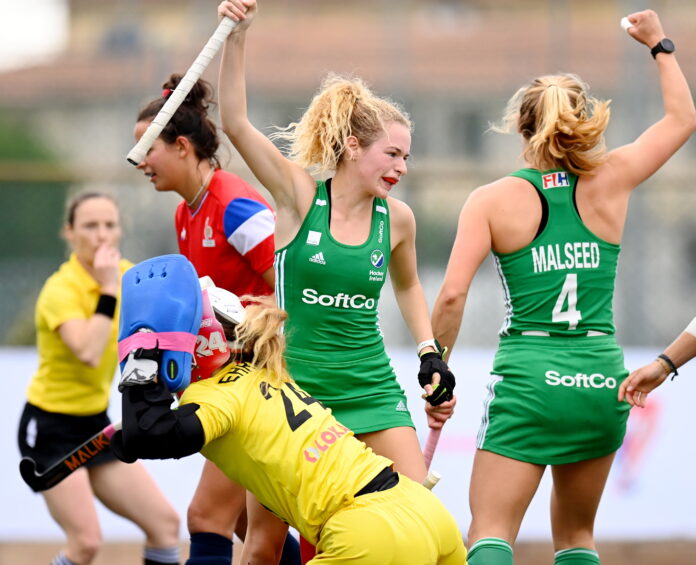 Beneath Monte Pisano, Ireland, Scotland and Wales all moved a step closer to World Cup qualification with semi-final berths. 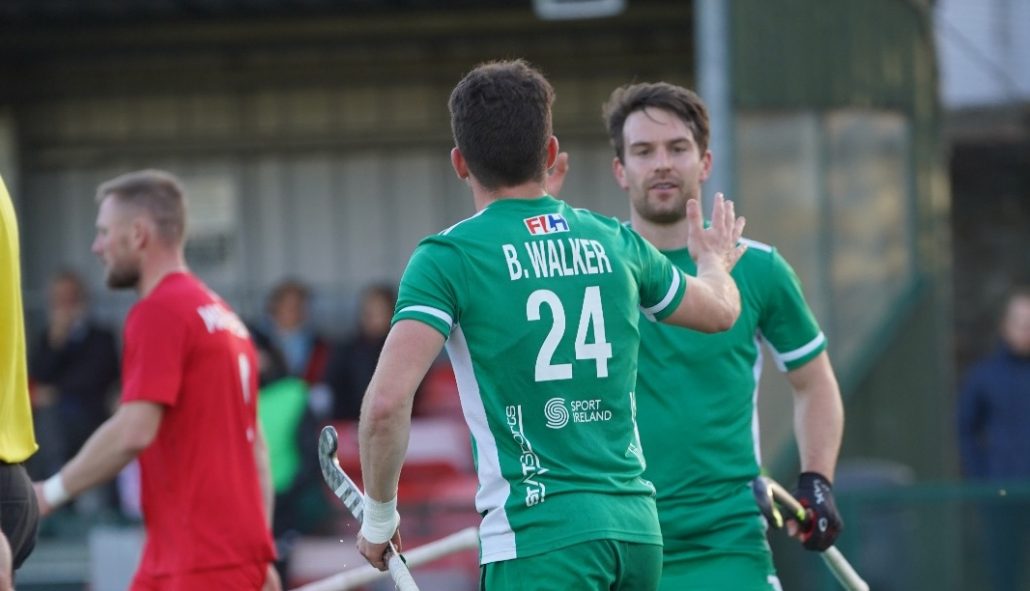 Men’s FIH World Cup qualifier
Ireland 2 (B Walker 2) Russia 0
Ben Walker’s double put Ireland within one win of the 2023 World Cup as they got the best of Russia 2-0 in Cardiff with a composed defensive performance. 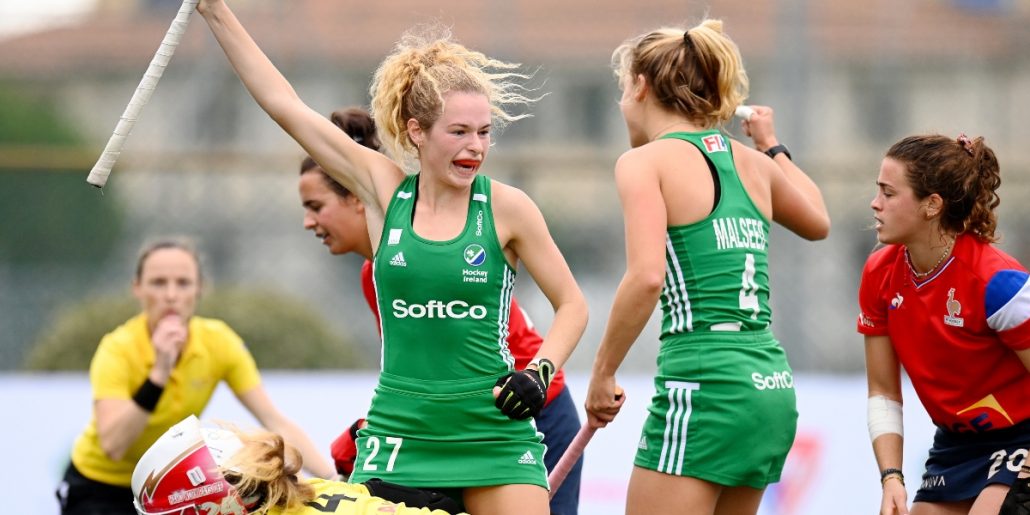 Ireland moved a step closer to World Cup qualification as they overcame a sticky first half to eventually run riot against France in Pisa, setting up a Saturday date with Belarus in the semi-finals. 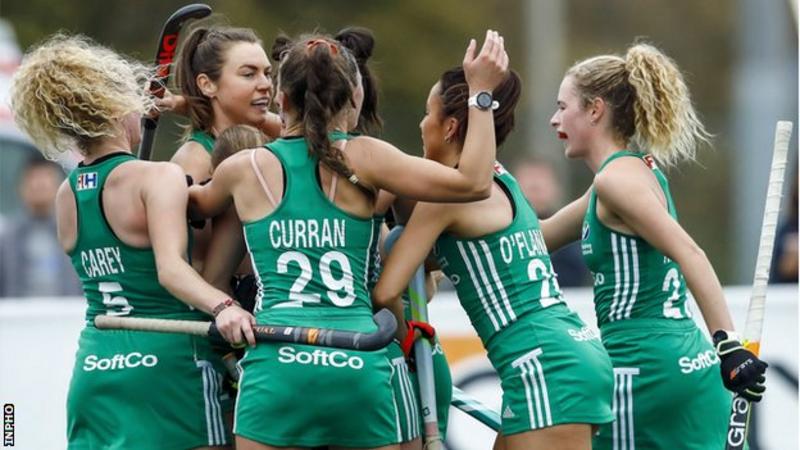 Ireland celebrate after scoring one of their four goals against France

Ireland women beat France 4-1 to move closer to reaching the World Cup by booking a European Qualifier semi-final meeting against Belarus on Saturday.

Walker swooped in the first five minutes of each half with close-range finishes to left-wing crosses to make the difference. 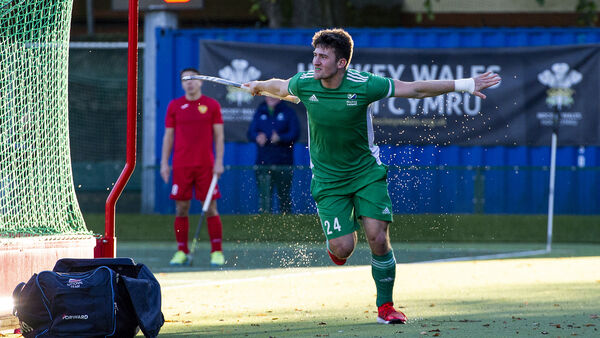 Ben Walker’s double put Ireland within one win of the 2023 World Cup as they got the best of Russia 2-0 in Cardiff with a composed defensive performance. 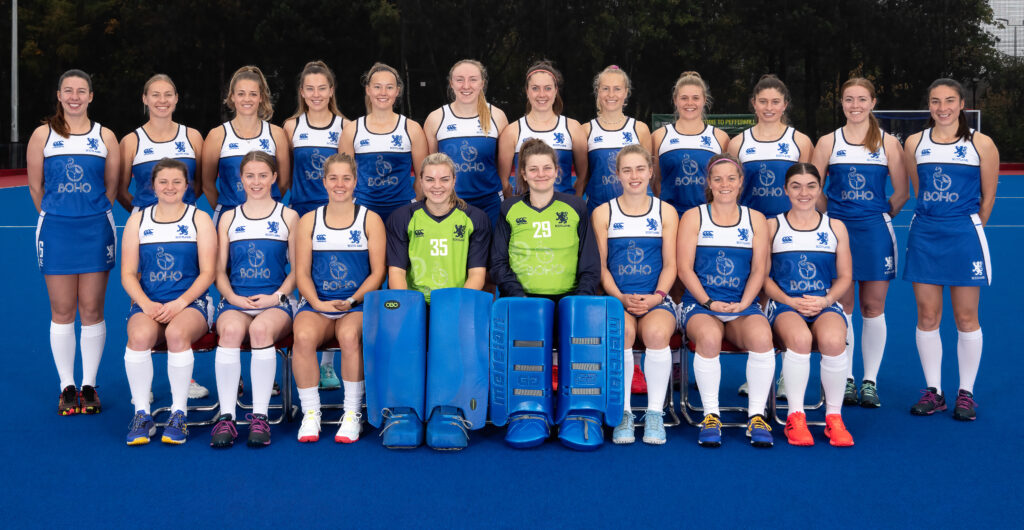 The cruel knock-out format of the World Cup Qualifiers provided the best and worst for Scotland`s teams. The women were comfortable 3-0 winners over Poland and move smoothly into the semi-finals, but the men drew 0-0 with Austria only to lose the tie 3-2 in a shoot-out. 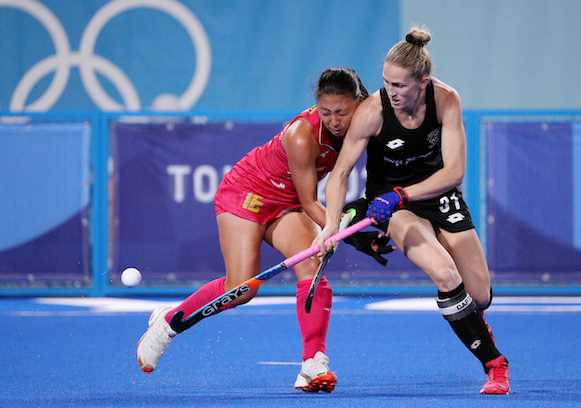 Stacey Michelsen, New Zealand’s captain and one of the world’s finest midfielders, has called time on her illustrious international career, announcing her retirement to the fellow Vantage Black Sticks team members on Tuesday (19 October).

The Health Ministry, however, stated that all the arriving teams will have to follow necessary health safety COVID-19 protocols.

New Delhi: Foreign teams that will land in India for next month's FIH Men's Junior Hockey World Cup in Bhubaneswar have been exempted from quarantine and will only be required to monitor themselves for COVID-19 symptoms during the stay. 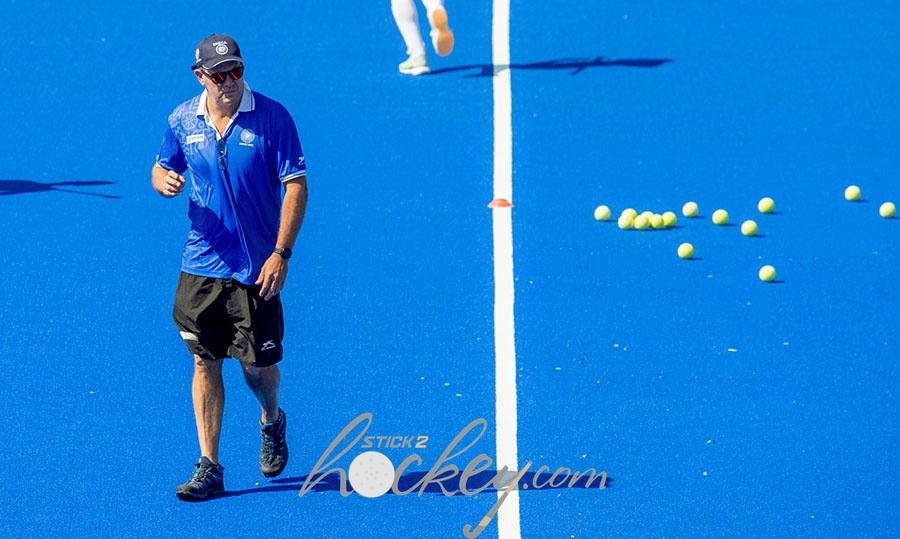 Bengaluru: Chief Coach Graham Reid, who is overseeing the Indian colts for the forthcoming home Men’s Junior World Cup, opines that the players are excited to compete with the world’s best teams on home ground in Bhubaneswar. 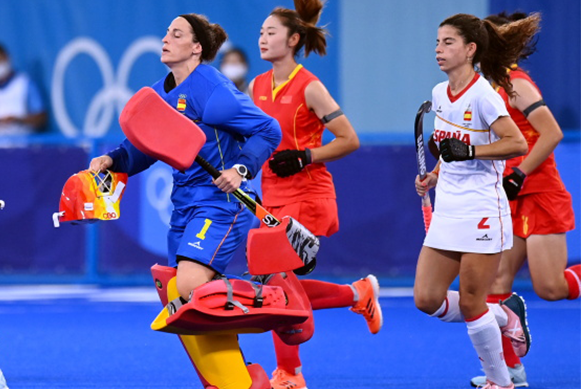 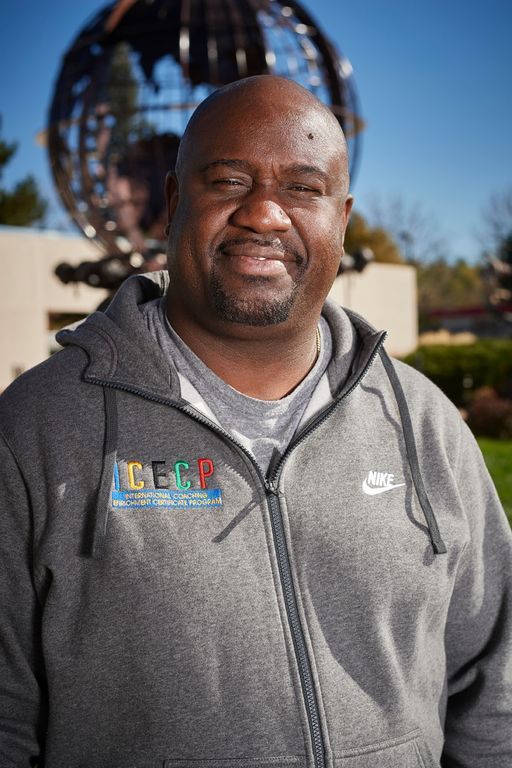 England Hockey are pleased to confirm that we will be working with three partners to help enhance our coverage of the England Hockey Leagues this season.

England Hockey were delighted to see that Macclesfield-based coach Louise Broome was handed a UK Coaching Hero award by HRH The Princess Royal. 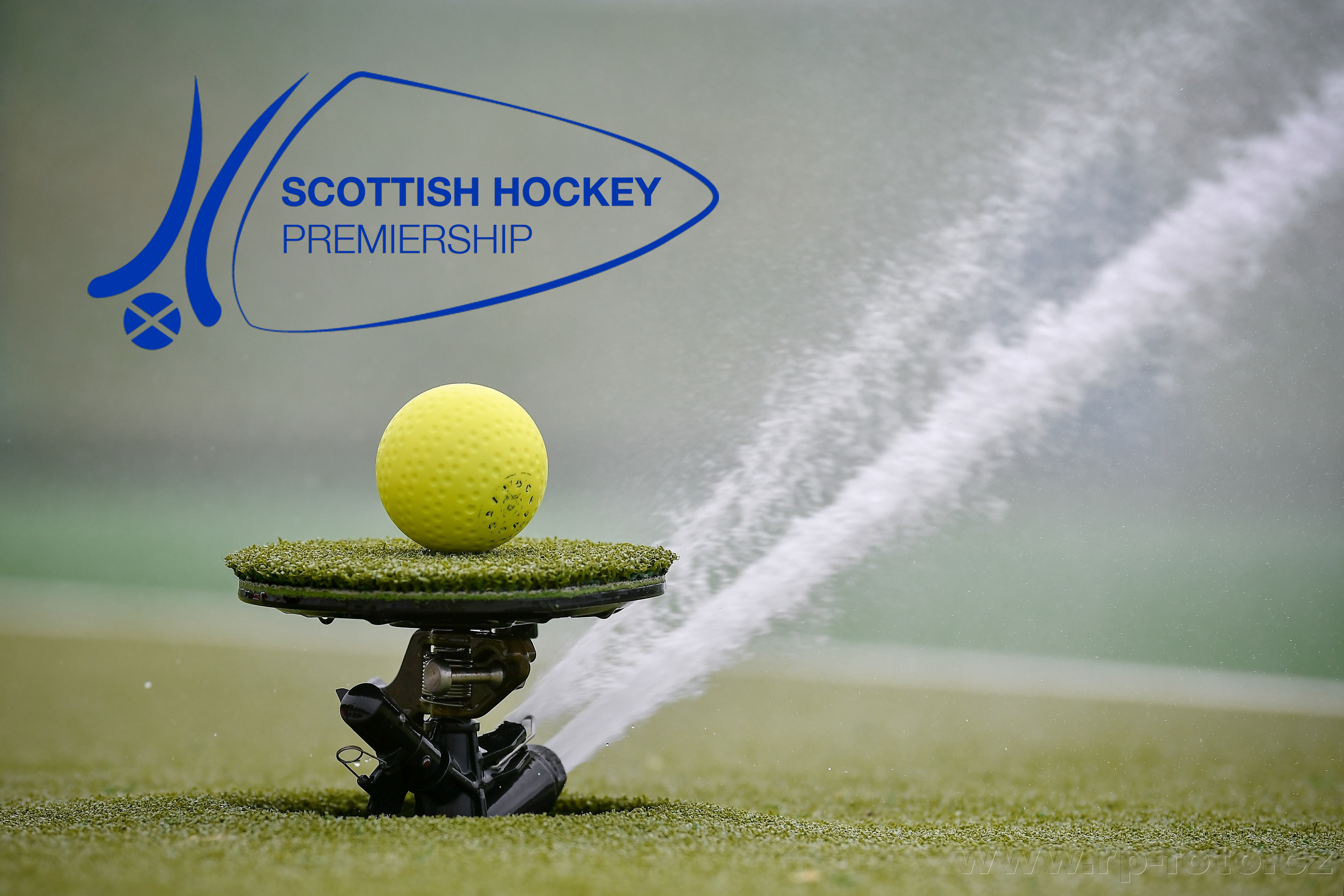 It could be a testing weekend for clubs who have already made their mark in this season`s Premiership, newly promoted Inverleith men are away to Grange in an all-Edinburgh affair while in the women`s competition the Glasgow derby between Hillhead and GHK takes top stage.

Patience is key to sucess 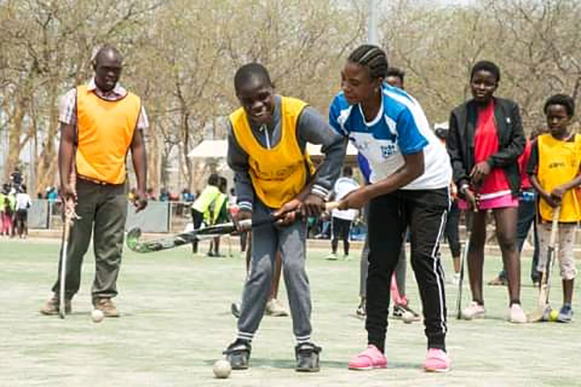 For acting General Secretary of the Zambia Hockey Association Elvis Bwalya and lead coach on the Hockey ID programme Floyd Chomba, the past few months have really given them an opportunity to develop their coaching and communication skills. 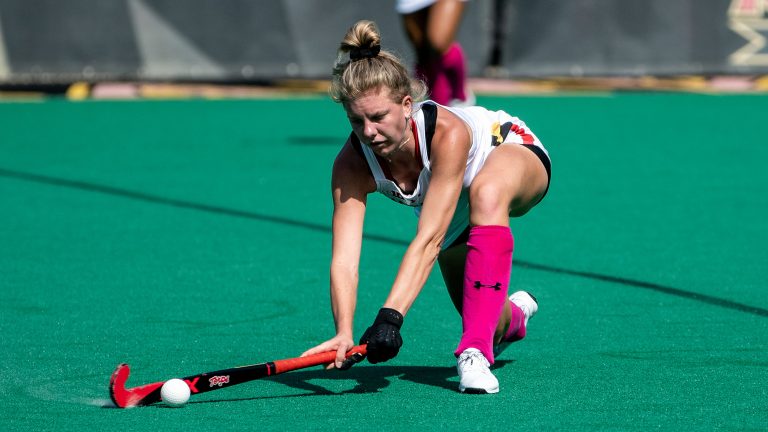 No. 8 Maryland field hockey’s defense has shined throughout the season.

CHAPEL HILL, N.C. – The North Carolina field hockey team will celebrate an outstanding class of seven seniors prior to Friday's Atlantic Coast Conference matchup with No. 4 Louisville. The final home game of the regular season is set for 4 p.m. at Karen Shelton Stadium with Senior Day ceremonies to begin at approximately 3:45. EAST LANSING, Mich. – The Michigan State field hockey team is set to host its final two home games of the season this weekend, welcoming a pair of Top-10 opponents to Ralph Young Field.