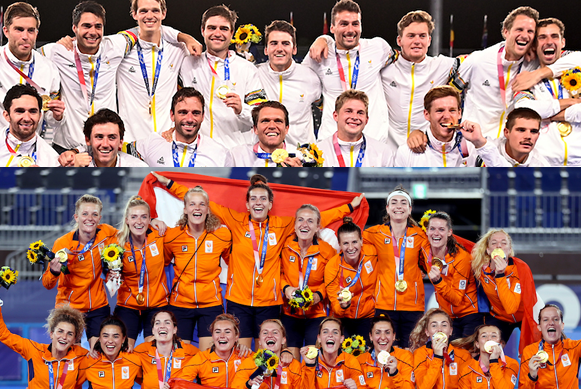 With the Olympic Games Tokyo 2020 coming to its exciting culmination with the national men’s team of Belgium and the women’s team of Netherlands taking the gold medals, there has been jostling for positions in the FIH World Rankings.

For Belgium men, winning the Olympic medal in a scintillating match against their close rivals Australia brought another prize - a jump in rankings to number one in the world. The victory moved Belgium onto 2716 points, ahead of Australia who are on 2642 points.

India men enjoyed a fantastic competition, beating Germany in exciting fashion in the bronze medal match. This was India men’s first medal since they last won gold in 1980. The 41-year wait ended with a bronze medal and wins over Argentina, Japan, Great Britain and Germany in the pool and knock-out stages, sees the India (2362) move to third in the world rankings, ahead of the Netherlands (2115) in fourth and Germany (2072) in fifth.

Great Britain, whose world rankings are categorised as England (1990), remain in sixth position, after they lost to India in the quarter finals, while Argentina (1826) also retain their position at seventh.

New Zealand (1598), Spain (1532) and Canada (1422) are also unmoved following their performances at the Olympic Games Tokyo 2020, but South Africa’s (1413) performance, which included a surprise win over the higher-ranked German team has moved the African team from 14th to 12th in the FIH World Rankings.

There is, once again, no change at the very top of the women’s FIH World Rankings where Olympic champions the Netherlands remain resolutely in the number one position.

Argentina’s loss in the Olympic final, combined with Great Britain’s bronze medal win, sees England (2275), who represent Great Britain in the world rankings, leapfrogging Argentina (2261), Australia (2234) and Germany (2165) to move to second in the world rankings. The quarter-final losses suffered by Australia [to India] and Germany [to Argentina] caused both teams to slip two places down the rankings.

Spain’s (1859) strong Olympic performance sees the Red Sticks move from eighth to sixth, New Zealand (1721) have travelled in the opposite direction as they fall from fifth to seventh. India’s (1710) performance moves them up to eighth position from 10th, with Belgium (1700) remaining in ninth and China (1651) slipping to 10th.

Ireland’s (1499) failure to make the quarter-finals in Tokyo sees the Irish team slip to 12th. It is no move for host nation Japan (1231) or South Africa (1040) who remain unmoved in 14th and 16th position respectively.

Tokyo 2020 was the first Olympic Games to take place since the introduction of the match-based rankings calculated model, which came into play in January 2020. The move away from the previous tournament-based system to one where opposing teams exchange points in official matches means that, for the first time, the results of the fixtures in Tokyo will have a direct, real-time effect on FIH World Ranking positions.  More information about the new rankingsmodel can be found below.

How the FIH World Rankings work:

The number of points exchanged depends on the result of the match, the relative ranking of the teams and the importance of the match.

•  Based on the Elo rating system, which is used as the basis of many other sports ranking systems

•  When two nations play against each other, a number of ranking points are exchanged between them

•  The number of points exchanged is dependent on the result of the match (win, lose, shootout win/loss or draw), the importance of the match (part of a major tournament, or a test series for example), and the relative difference in ranking points between the teams before the match.

More details about the formula used in the algorithm, weightings of matches and other factors can be found HERE together with a Frequently Asked Questions document HERE. Thomas Briels concluded his spectacular international career on a high note as he confirmed he would retire in the wake of Belgium’s Olympic gold medal.

The 33-year-old Antwerp man played for the Red Lions for 13 years and 359 caps, culminating in Tokyo glory.

It capped a rollercoaster year in which he had gone from the team’s captain to then being initially named as a reserve for the Olympics.

But a tweak in the rules allowed reserves to play a role in the main squad and he duly lined out in seven of the eight matches at the Games, including the historic final.

He duly added Olympic gold to World and European success as well as the 2016 silver medal.

“Here we are, we have just completed in the most beautiful way this 15 year epic, an extraordinary adventure at the end of which we went in search of this gold medal,” Briels said after the final

“I did my job for the team, make way for young people! Of course, what happened over the past few weeks influenced my decision. This team has given me a lot.

“It is also a question of being honest to the young guys which explains why I will stop.” 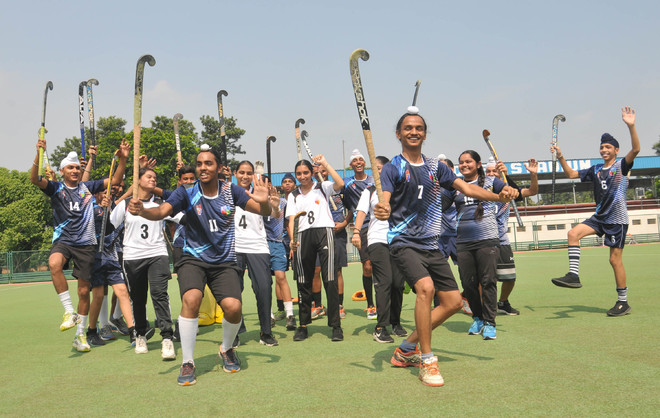 Budding sportspersons perform bhangra ahead of the arrival of Olympics bronze medal-winning players at Mithapur village in Jalandhar.

“We will welcome our sons with bhangra.” This is how parents plan to receive the hockey heroes upon their arrival at Mithapur village here on Wednesday. The men’s hockey team landed in New Delhi today after winning the bronze medal in the Tokyo Olympics. 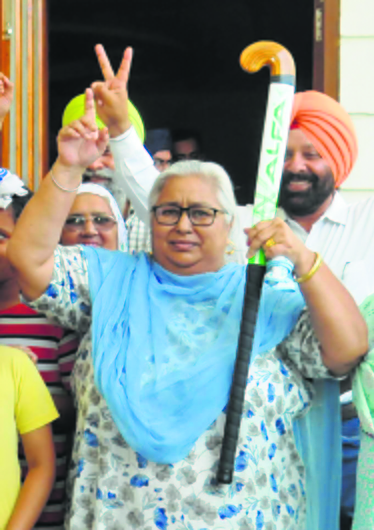 Skipper Manpreet Singh’s mother Manjit Kaur is elated at the reception accorded to the team.

The team received a grand welcome as a huge rush of admirers cheered for the players. Skipper Manpreet Singh called up mother Manjit Kaur and told her he was going straightaway to the hotel as there was a huge crowd. “I felt so proud to see admirers gather just to have a glimpse of the players,” she said.

Manpreet, Varun Kumar and Mandeep Singh hail from the village, where the families have planned a grand celebration upon their arrival.

A common celebration will be held where the players will be welcomed into the village amid drum beats and dancing. A lavish feast awaits them later.

The parents will first head to Amritsar to receive the players. An event to facilitate the players has been planned at the PAP. In the evening, they will reach Mithpaur and then the celebrations will begin.

Asked whether she had some special food planned for Manpreet, Manjit Kaur said: “I will prepare whatever he likes.” Varun’s family, on the other hand, has already decided on the menu. “There will be curry and paranthas. He has never been fussy about eating. But he loves these, so my wife will make his favourite food,” said his father Brahma Nand.

Mandeep’s father Ravinder Singh said his son rang him up to enquire if they would be there to receive him at the airport. “Why not, we are all ready, I told him,” said Ravinder, adding his relatives would reach the village in the morning.

Abdul Rehman struck a brace for MPCL with a goal coming from Wasim Akram, Aamir Sohail, Waqas and Wasim netted one each from Army. Earlier, Sui Southern and Punjab also played a 2-2 draw. Rizwan and Sohail Riaz scored for Sui Southern while Abdullah and Zain Ijaz were on target for Punjab. On Sunday evening, National Bank (NBP) had to struggle hard to beat Air Force 3-2. Ali Hasan, Shan Irshad and Abu Bakar scored a goal each for the Bankers while Rizwan Ali and Mohsin Hasan netted one each for the Air Force team.