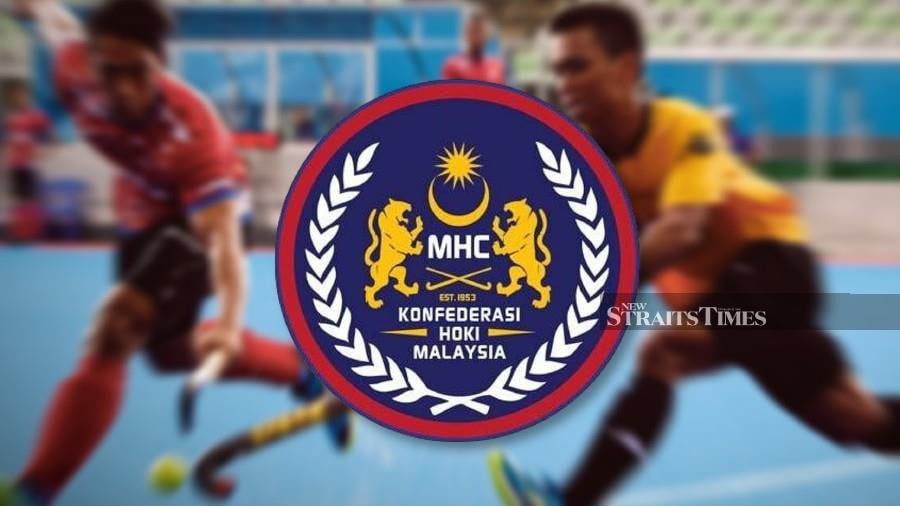 With India hosting the Junior World Cup, Malaysia only need to make the semi-finals in the JAC to qualify.

Five of the 29 trainees have been training with Arul Selvaraj's senior team.

"All of the 29 trainees have an equal chance of making the JAC team," said Wallace, who will pick only 18 players for the JAC.

Three is the magic number 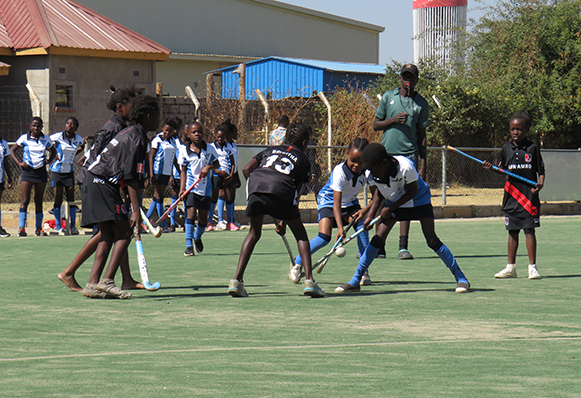 The Hockey Dreams League sees a combined total of 550 athletes and coaches taking part in a hockey and education initiative in Malawi, Uganda and Zambia.

Over the next few months, 10 league days will be held simultaneously in the three African nations, with the league coming to a close to coincide with the start of the 2020 Tokyo Olympic Games.

While hockey is the focal point, the competition will also provide opportunities for development activities and tackling social issues within the three communities.

The competitions take place in the cities of Blantyre, Kampala and Lusaka and are organised by the local Hockey Dreams Coaches. Among the skills and knowledge the coaches have developed since joining the Hockey Dreams Foundation is the ability to organise a big event and work as part of a team for the delivery of the event.

And that’s what Hockey Dreams Foundation is about. In the past nine years, the foundation has been supporting coaches to create a better future, enabling them to finish their education, develop their skills and abilities through the sport, seek opportunities and life chances, and be a role model. Currently, there are 45 Hockey Dreams Coaches reaching more than 1,250 kids on a weekly basis when running their hockey projects. The coaches also run camps and in 2020 600 children attended one of four such camps.

For the Hockey Dreams League, each community will have 10 league days, where they will get to play competitive, organised hockey and receive drinks, meals and some educational development activity. 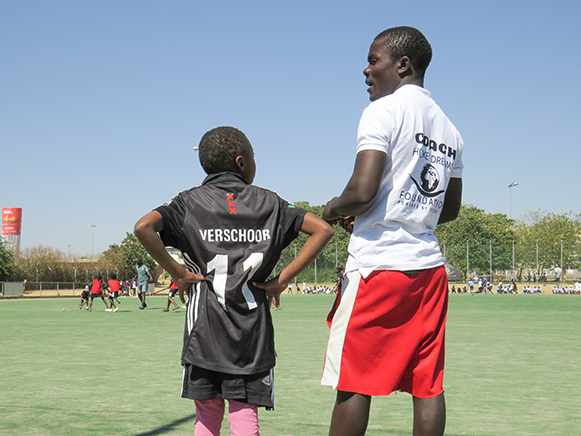 Gift Lombe is a Hockey Dreams Coach working in Zambia. He said: “The hockey world should know about our event, because it is the foundation of future hockey. We are dealing with kids who will soon be adults and start playing at a high level. They may help us grow this league by sponsoring us and also spreading it to other countries across Africa. The League is also the perfect opportunity for us as coaches to identify how far our coaching skills and leadership are. Especially after such a crazy year.”

As well as organising and officiating the competition, the coaches identify the social issues that will be targeted in the developmental work. They bring in support from local organisations and among the topics covered are: teamwork and respect; hygiene and disease prevention; gender equality; education and youth skills; and Olympic values.

Ugandan Hockey Dreams Coach Doreen Asiimwe, said: “The League is about so much more than just a sports league. Through sports and hockey, we as coaches can address different issues like hygiene and gender equality. We use our function as a hockey coach to be more like a role model for them and teach them about social topics as well. The League is a good way to reach many kids.”

To ensure the league is sustainable, the Hockey Dreams Foundation encourages businesses, companies and hockey clubs to get involved through sponsorship and support. Several Olympians, such as Maria Verschoor and Terrance Pieters, have also leant their support to the Foundation.

Dutch international Pieters said: “I am a proud Ambassador of the Hockey Dreams Foundation. I think the initiative is phenomenal: using the sport of hockey in order to provide the people in disadvantaged countries a better prospect. This is something I truly support, and I cannot wait to fully commit myself.”

Summing up why the initiative, and others like it, is so important, Malawi hockey coach Geoffrey Gama, said: “This event will help the kids to solve many of the problems they face in their everyday life like diseases and conflict, they will understand the impact of team work and Olympic value in the sport. For these kids, that is extremely important in their personal development.”

The Hockey Dreams League started on 3 April and finishes on 31 July. 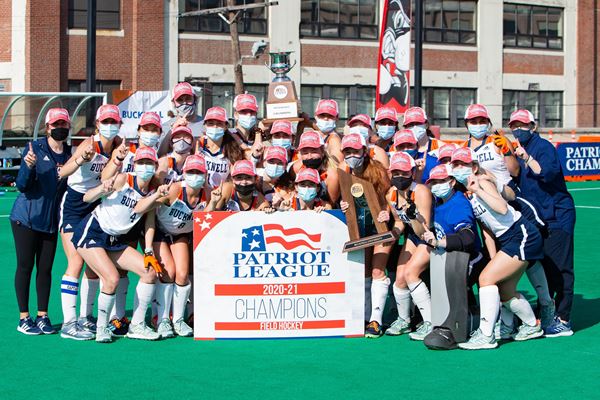 Boston University junior midfielder Rebecca Janes compiled a tournament-high eight points, including a record-breaking performance in the semifinals to earn a spot on the all-tournament team. Janes was joined on the squad by teammates Kathryn Scheerer (Sr., B) and Alexis Pettisani (Sr., B)

Head Coach Jeremy Cook and the Bison will learn their postseason fate tonight at 10 p.m. during the 2020 NCAA DI Field Hockey Tournament Selection Show. The selection show will be streamed live on NCAA.com.

BOSTON – Bucknell senior defender Kaelyn Long scored on an assist from senior midfielder Sarah Dimock at the 67:29 mark to lift the No. 3 Bison to a 2-1 overtime victory against No. 1 Boston University to claim their first Patriot League field hockey title.

*The Bison outshot the Terriers, 15-6, and held a 14-5 advantage on penalty corners. They held a 7-1 edge on corners from the beginning of the fourth quarter through the end of the game.
*Terriers’ senior defender Kathryn Scheerer broke the scoreless tie at the 44:59 mark in the third quarter on the assist from junior midfielder Rebecca Janes.
*The Bison answered in the fourth quarter when freshman midfielder Kari Melberger scored on assists from junior defender Erin Zielinski and sophomore midfielder Kayla Kisthardt.
*Bucknell drew three penalty corners in the extra frame before Long found the back of the cage on the third penalty corner on the assist from Dimock.
*Bucknell sophomore goalkeeper Clara McCormick earned the victory with two saves and one goal allowed.
*Boston University freshman Pili Alvarez made two saves and allowed two goals in her first collegiate action in the cage.

ABOUT THE PATRIOT LEAGUE

The Patriot League is in its fourth decade of academic and athletic achievement, continually demonstrating that student-athletes can excel at both academics and athletics without sacrificing high standards. The Patriot League’s athletic success is achieved while its member institutions remain committed to its founding principle of admitting and graduating student-athletes that are academically representative of their class. Participation in athletics at Patriot League institutions is viewed as an important component of a well-rounded education. 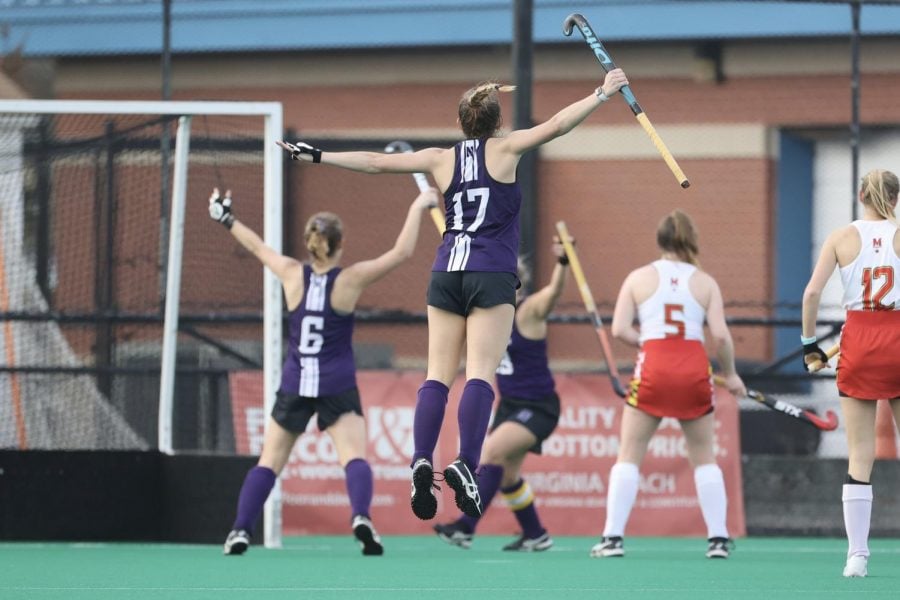 On Saturday, the Wildcats (11-5, 5-3 Big Ten) clinched a berth in the 2021 NCAA Tournament. NU earned one of the tournament’s three at-large bids and will face Delaware on April 30 for a spot in the quarterfinals against No. 4 Iowa.

The Cats’ appearance in the NCAA Tournament is the 16th in program history and the fourth under coach Tracey Fuchs. Most recently, NU appeared in the Big Dance in 2019 and lost to Boston College 2-1.

After a 10-4 regular season that saw two victories over the Hawkeyes and one against Michigan — a No. 2 seed in the tournament — the Cats fell in the Big Ten Tournament semifinals to Ohio State. Now, the team will have a chance to win the first national title in program history.

Field hockey tips book addressed by coach for the player 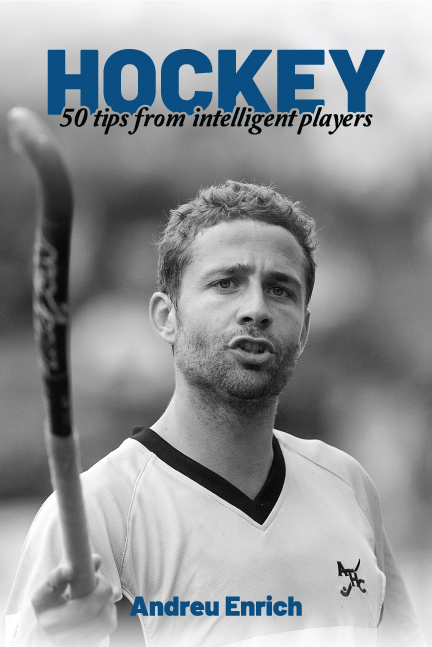 Have you ever thought about what should you perceive before receiving the ball?

And what is the first thing to attend after receiving it? Have you ever noticed how intelligent players defend inside the circle?

And how do they use their body to protect the ball? Have you ever felt that intelligent players are ahead of the action?

He delves into mental strength, optimising perception and how to make the right decisions. The aim of the book, he says, is to provide concrete tips about things that most intelligent players do.

In an extract from the book, Enrich delivers essentially what the book aims to deliver: written by a coach but directly addressed to you, the player, the real protagonists of this game.

That is fine. First of all you have to assume that you have a set of features that are above the average and some others that are below the average. Your first responsibility is to reflect about these characteristics. You have to design your own SWOT analysis (ideally together with your coach!). Do it! But that’s just the first step!

Once you know your strengths and weaknesses then you must play in coherence with these characteristics during your competition games. You must try to boost your strengths during the game and work on your weaknesses during training sessions.

Take into account that coaches will evaluate you, first of all, regarding your performance, so play with your strengths. But coaches will also evaluate you according to your potential of growth, and for that you must show self-consciousness and willingness to improve.

Knowing thyself is the first tip to become an intelligent player. Knowing, accepting and loving yourself with your vices and virtues you will be in a position to perform well and become a super valuable player for your team.

Andreu’s books on hockey are available on Amazon 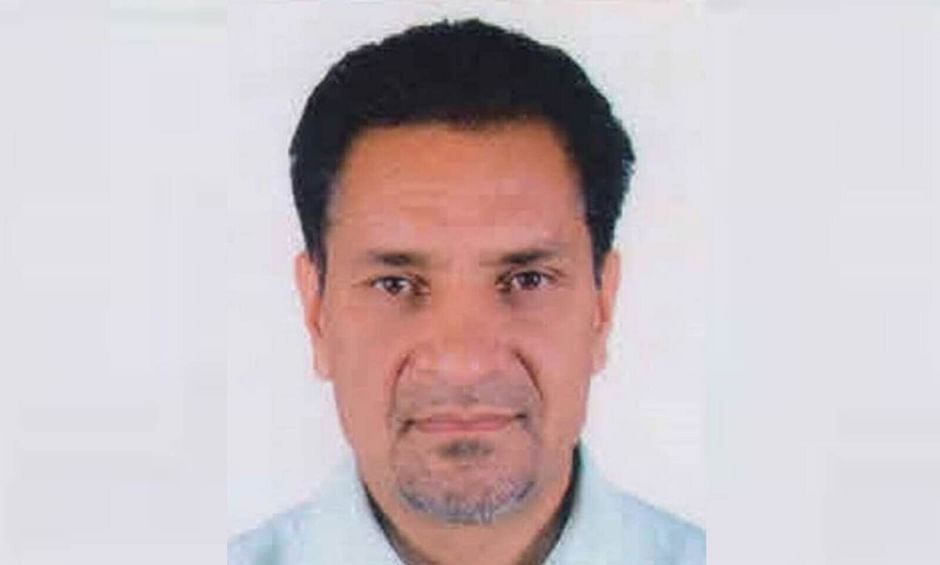 CHANDIGARH: Former international hockey umpire Suresh Kumar Thakur died in Mohali on Friday due to Covid-related complications. He was 51.

Thakur had officiated in several prestigious international tournaments including the four-nation tournament in Hamburg (Germany) and the Azlan Shah Cup at Kuala Lumpur, Malaysia. He also officiated as an umpire in the Hockey India League (HIL) in 2013 and 2014.

Expressing Hockey India's (HI) condolences to the bereaved family, president Gyanendro Ningombam said, "Suresh Kumar Thakur was a well-known umpire on the international circuit and he will be sorely missed on the hockey pitch.

"He officiated in many international competitions and added his magic in each of the matches he umpired in. We at Hockey India extend our deepest condolences to Suresh's family members and hope that they can pass through this difficult time," said Ningombam.