The Indian team had gone for an exposure tour to Argentina and Germany early this year after returning to action following a year's break because of the COVID-19 pandemic. 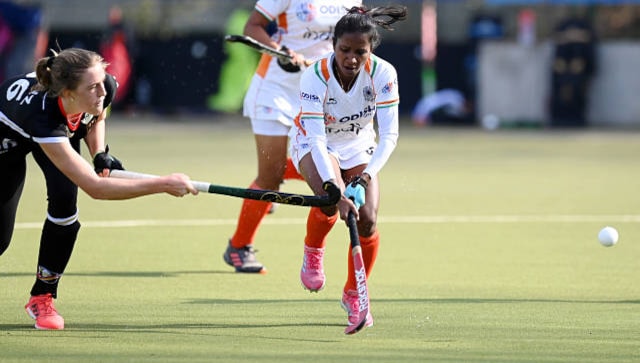 The Indian team had gone for an exposure tour to Argentina and Germany early this year after returning to action following a year's break because of the COVID-19 pandemic.

"The good part about these matches was that we were showing improvement match-by-match. Both Argentina and Germany play with very unique styles and facing them in their home ground is always challenging but we held strong," she said in a release issued by Hockey India.

"I believe we still have a lot of scope to improve in our attack and the focus is on bettering our conversion rate in the circle.

"At the same time, I feel the communication particularly between mid-fielders and forward-line has improved a lot over the past few years mainly because we have played together for so long," she added.

The team, however, didn't have the desired results as it played out three draws and suffered four losses in Argentina and lost all their matches in Germany.

However, Pradhan feels the tour provided the team important stats that will help them prepare for the quadrennial event.

"The experience of playing against top teams like World No 2 Argentina and World No 3 Germany has been very crucial in our preparations for the Olympic Games," she said.

"Many youngsters in the team had never faced teams of such calibre and the team's stats against these top teams projects the areas we need to work on and that is the focus of our ongoing national camp."

The team is currently preparing for its next exposure tour, which is yet to be decided, given the current surge in COVID-19 cases.

"We don't want to think about whether we will get to play the next tour or not," said Pradhan, who became the first hockey player from Jharkhand to participate in the Olympic Games when she played for India at the Rio Games.

"With the changing dynamics around the globe due to COVID-19 , our chief coach always tells us not to think of the issues that are not in our control." 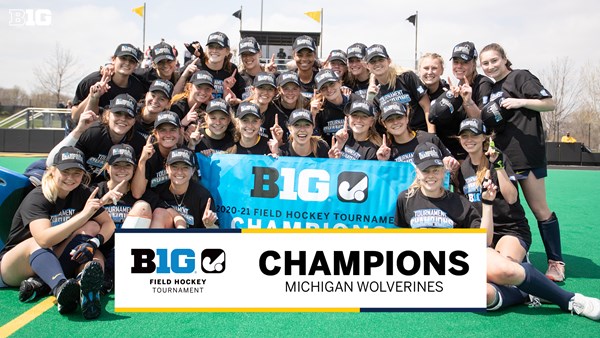 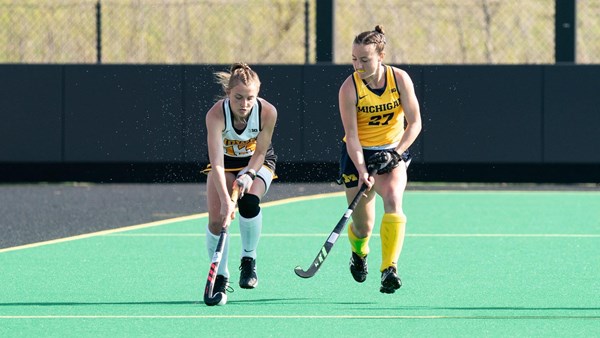 ROSEMONT, Ill. – The Big Ten Conference will have three schools participating in the 2020-21 NCAA Division I Field Hockey Championship, the NCAA announced Sunday. Iowa, Michigan and Northwestern will represent the conference in the tournament, which will begin on April 29 and conclude with the national championship game on May 9. The semifinals and championship game will take place Chapel Hill, North Carolina.

After winning the Big Ten Field Hockey Tournament Sunday afternoon, Michigan secured the No. 2 seed in the NCAA Tournament and a bye in the first round. The Wolverines await the winner of VCU and Bucknell. This year marks Michigan’s 17th appearance and sixth in a row.

Iowa earned an at-large bid and a No. 4 seed in the 2020-21 NCAA Tournament. The Hawkeyes received a bye in the first round and will play either Northwestern or Delaware. Iowa makes their 25th appearance and third consecutive in the NCAA Tournament.

Northwestern will play in the first round against Delaware on April 30 at 3 p.m. (ET). With their at-large bid, the Wildcats make their 16th appearance in the NCAA Tournament with their last coming in 2019. CONSHOHOCKEN, Pa. – Sophomore Erica Solomen got the Huskies on the board early and the defense did the rest as the No. 7 University of Connecticut field hockey team won it's ninth-straight BIG EAST Tournament crown with a 2-0 shutout of No. 16 Old Dominion on Saturday afternoon in Conshohocken, Pa.

The Huskies improved to an astounding 48-11 all-time in BIG EAST Tournament play and the finals appearance was its 19th in-a-row.  With the win, UConn improved to 11-1 on the season and earned the league's automatic bid into the NCAA Division I Field Hockey Championship.

Seeding and matchup information for the NCAA Tournament will be announced on Saturday, April 24 at 10 p.m. EDT on NCAA.com.

Sophomore midfielder Sophie Hamilton, who was recently honored as the BIG EAST Offensive Player of the Year, now needs to make room for a BIG EAST Most Outstanding Player trophy and was one of five Huskies selected to the All-Tournament Team.

Freshman back Claire van den Noort, senior back Kourtney Kennedy, junior back Lindsay Dickinson and sophomore back Claire Jandewerth were the other standout performers who earned a spot on the All-BIG EAST Tournament Team.

The UConn defense put together yet another dominant performance, holding the Lady Monarchs to just three shots without allowing ODU to create a single penalty corner opportunity.  The Connecticut defense has now held the opposition scoreless in 10 of the 12 games it has played this season and the Huskies are outshooting the opposition by a 240-40 count.

Solomen's goal, which was her fifth of the season, came just 1:38 into the contest.  She was able to control the ball and dribble deep into the ODU circle before flipping it past Cam MacGillivray and into the back of the net.

Freshman Aiyi Young put the game out of reach two-minutes before halftime when she poked in a rebound off a shot attempt created by one of UConn four penalty corner opportunities.

The Huskies outshot the Lady Monarchs 12-3 and held an 8-2 edge in shots on goal. Redshirt junior defender Sarah Johnson scored the game-winning goal in double overtime to clinch the America East Championship final for Stanford on Saturday. The 3-2 victory over No. 20 Monmouth (10-3, 7-1 America East) also secured an automatic berth to the NCAA Tournament for No. 19 Stanford (10-2, 6-2 AE).

The goal, which was Johnson’s lone shot attempt of the entire game, felt reminiscent of the 2019 conference finals matchup between the two teams, where she also put the Cardinal on top in a 2-1 win. Stanford has now won four of the last five conference championships and both of the past two.

“This entire season has been for us,”  said senior attacker Corinne Zanolli in a postgame interview. “That’s what we cheer at the beginning of the game, and we’ve all bought into what we need to do to have us be successful and playing for each other.”

Zanolli, who sent the pass to Johnson for the decisive shot, scored each of the first two goals for the Cardinal. Both scores came within the first ten minutes of the game and provided an early 2-1 lead for Stanford.

That one-goal margin held up for the next 45 minutes of game time before a late goal from Monmouth’s Colleen Craven tied the contest at two to send the game to overtime. Stanford was outshot during regulation time 9-8, but junior goalkeeper Hannah Santos held the Hawks to just the pair of scores to keep the team in the game.

Once in overtime, the Cardinal offense took control. Over the two overtime periods, Stanford generated seven shots compared to Monmouth’s one and had three penalty corners, the last of which led to the eventual game-winner.

When the team received the championship banner and customary school logo, the team crossed out the Stanford “S” with black tape. Field hockey has been playing with “Stanford” crossed out on its jerseys for much of the regular season in continued protest of the university’s decision to cut the varsity program following this season.

The Cardinal reached the championship following Zanolli’s late-game heroics against Maine in the semifinals on Thursday. She was named the Most Outstanding Player of the tournament, while sophomore midfielder Megan Frost, Johnson and junior midfielder Fenella Scutt each were named to the All-Tournament Team.

Stanford will face off against Miami University (Ohio) in the first round of the NCAA Tournament. The game will take place at 9 a.m. PT on April 30. "It wasn't the outcome we wanted this weekend, but we made some massive strides as a program this year," third-year coach Catherine Ostoich said. "Five wins is huge, especially since this program hasn't won three games in a season in seven years.

"I am very proud of the grit this team showed through this entire year and can't wait to continue progressing with this team and this program."

Mohali: Former Indian international hockey umpire Suresh Kumar Thakur passed away here today due to Covid-related complications. He was 51. Thakur had officiated in several prestigious international tournaments including the four-nation tournament in Hamburg (Germany) and the Azlan Shah Cup at Kuala Lumpur, Malaysia.