India will play four matches in all against Germany and Great Britain. PR Sreejesh will lead the team in the absence of regular captain Manpreet Singh. 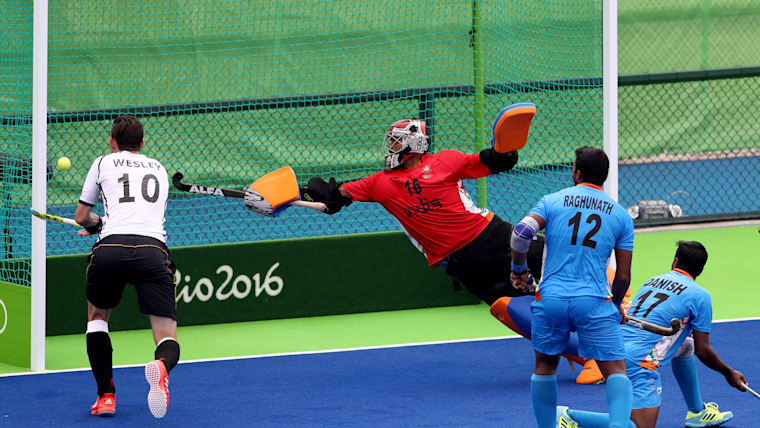 After a year away from action, the Indian hockey team will be back on the field when they play Germany and Great Britain on their tour of Europe later this month.

The Indian team will leave for Krefeld, Germany on Sunday and will face the four-time Olympic champions Germany on February 28 and March 2.

India will then travel to Antwerp, Belgium where they will take on Great Britain on March 6 and 8 before wrapping up the 17-day tour.

This will be India’s first competitive action since playing Australia in the FIH Pro League last year. The performance also saw the Indian men's hockey team climb to the fourth spot on the FIH world rankings, its highest till date.

With the Tokyo Olympics inching closer and the FIH Pro League set to resume with India facing Olympic champions Argentina in April, coach Graham Reid hoped that the European trip would aid the team’s preparations.

“We are very grateful for the opportunity to go to Europe, and we are looking forward to having our first competitive matches in just over 12 months,” Reid told Hockey India.

“Playing against powerhouse teams like Germany and Great Britain will provide us with great competition and help immensely in our FIH Pro League and Olympic Games preparation. Playing any top 10 ranked team is always a great experience for the team,” the Australian added.

The Indian coach has named a strong 22-member side for the tour with regular captain Manpreet Singh and drag-flick expert Rupinderpal Singh being the only notable absentees. According to PTI, Manpreet has opted out due to personal reasons while Rupinder is injured.

“We understand the weather in Europe will be quite cold this time of the year, but we have almost a week to acclimatize,” Harmanpreet Singh said. “We are looking forward to this exciting challenge, we can't wait to get into competition mode.”

FIH president Narinder Batra to contest for a second term, polls schedule in May New Delhi: Incumbent Narinder Batra has decided to contest for re-election as International Hockey Federation (FIH) president in the governing body's polls scheduled in May.

Batra, who became FIH president in 2016, confirmed his re-election bid in a letter to the FIH Congress dated 18 February.

"In 2016, you gave me your trust in electing me as the twelfth President of the International Hockey Federation. In the last four years, I have done my best and put all my energy to enable FIH to fulfil its missions - in particular the development of hockey globally -- add new objectives and steadily improve its management for the good of hockey," Batra wrote.

"...The experience of the last five years, coupled with your numerous encouragements and my strong dedication, have convinced me that I should make myself available to pursue my mission at the helm of the FIH," said Batra, who is the president of Indian Olympic Committee and also a member of the International Olympic Committee (IOC).

"Therefore, I herewith have the honour and the pleasure to announce my candidacy to continue to be your President beyond the upcoming Congress, should you wish me to do so."

In fact, the Congress was originally scheduled for last year but was forced to be postponed due to the pandemic, handing Batra an extended first term.

The nominations for the president's post was opened on February 12 and is scheduled to end on 12 March. The next president will hold the office until 2024 as the FIH has reduced the term from four to three years due to deferment of the Congress last year.