Seasoned defenders Rupinderpal Singh and Varun Kumar have been dropped from European tour of the national men's hockey team as they are going through rehabilitation, an official familiar with the development said on Sunday.

"Kumar has an ankle problem while Singh is also unfit," the official added.

Former skipper Manpreet Singh too will miss the tour, though due to personal reasons.

The national team of 22 players and six support staff are leaving for their first international tour after nearly 12 months as the Covid pandemic had disrupted the global and domestic competition.

"We are very grateful for the opportunity to go to Europe. We are looking forward to having our first competitive matches in just over 12 months. Playing against powerhouse teams like Germany and England will provide us with great competition and help immensely in our FIH Hockey Pro League and Olympic Games preparation. Playing any top 10 ranked team is always a great experience for the team," national team coach Graham Reid had said earlier. 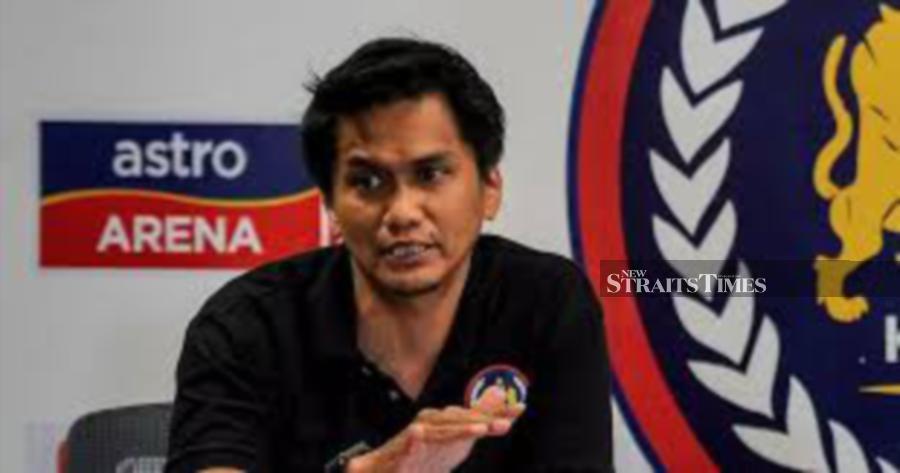 KUALA LUMPUR: The Asian Hockey Federation (AHF) have decided on a workable date for the women's Junior Asia Cup (JAC).

The tournament will now take place on Aug 16-22 in Kakamigahara, Japan.

The men's JAC will be held on July 1-10 in Dhaka, Bangladesh.

Both tournaments double up as qualifiers for the men and women's Junior World Cups.

"August is a good month to host the JAC as I believe my players will be vaccinated against Covid-19 by then.

The Malaysian men are regulars in the Junior World Cup, but the women will be attempting their maiden entry.

Nasihin's team will have to finish top three in the JAC, while coach Wallace Tan's men need to make the semi-finals to qualify.

"We need to play 15 to 20 international friendlies by August to prepare for the tournament. The experience of playing these matches will give us a realistic chance of qualifying for our first women's Junior World Cup."

But for now, Nasihin is more concerned about the women's Malaysia Hockey League (MHL) on March 15-April 3.

"The trainees will be involved in the MHL. I will observe the junior players who are eligible for the JAC during the tournament.

"While the MHL clubs will focus on hockey, we, coaches, will monitor the trainees' weight and training to maintain their fitness and shape.

"I will also monitor the progress of the Young Tigress (MHC development team) team. Those who show promise will be absorbed into my squad," he added.

Andreu Enrich has agreed a long-term contract extension with Mannheimer HC as the club looks to benefit from continuity of coaching.

“We knew about his skills as a trainer – he really has extraordinary potential – and he already proved that in the first half of the season,” said MHC sports director Peter Lemmen of Enrich who took on the role last summer.

For Enrich’s part, he added: “I agreed on the long-term plan with MHC because I rate the possibilities and potential very highly. We are one of the top clubs in Europe and I would like to strengthen this position.

“I also see my role in the development of young players. I believe that if you want to do things well, it takes time. I have continuity and trust from the club. That makes me proud.

“The guys adapted my philosophy very quickly, that is what distinguishes an absolutely top team. The culture in the team was already exceptionally good when I took over and I am grateful for that. I had no problems implementing my ideas with this young, hungry team. ”

Lemmen sees it almost identically: “It is an asset to our club that fits humanly and professionally well into our concept of further developing hockey at an absolutely top level. He will closely follow the development of the male youth in combination with the new high performance program of the club. ”

“It is my aim to become German champion and I just want to win every game with this top team,” Enrich added.

“It is my clear goal to hold all team talks and the team language at the beginning of the 21/22 season to be in German. For the upcoming second half of the season, I would consider 80% German to be realistic.

“I like the club a lot. Everything is very familiar and the structures are professional. Only at the games – if it is possible again soon – I would like more spectators. We want to make it to the Final Four at home on our facility at all costs and we need 100% support from the entire club!”

The Red will welcome six new members as part of the Class of 2025. Boris Tsang / Sun Photography Editor

As Cornell field hockey prepares for a potential return to play in the fall, the team has announced the addition of six incoming members as part of the Class of 2025.

The team currently has six seniors listed on the roster, and at this time, it is unclear if any of these student-athletes will exercise the new waiver granted by the Ivy League and compete as graduate student-athletes next season.

Whether or not these seniors depart, head coach Andy Smith said he is very pleased with the new recruiting class.

“We are incredibly satisfied with the recruiting we have done for 2021,” Smith told Cornell Athletics. “This group has the ability to be on the field from the minute they walk on campus and will push the incredibly talented and motivated group we already have to be better as we look to challenge for honors in 2021 and beyond.”

First among the new recruits is Nia Butler. A graduate of The Hotchkiss School in Lakeville, Connecticut and two-year captain of the school’s field hockey team, Butler led her squad to victory in two league championships.

“[Butler] is fast, feisty, single-minded and a real challenge to play against,” Smith said. “She is someone that will bring a new dimension to our game and we are so happy that she chose to come to Cornell.”
Leaderboard 2

Hanke Govaert was ranked as one of the top 50 prospects in the nation in 2019, a distinction that was achieved after a highly successful career at Connecticut’s Sacred Heart Greenwich. During the 2019 season, she led her team to its first Class A title in program history, notching 11 goals and five assists along the way.

Hailing from Rumson, New Jersey, Meadow Maguire initially committed to Princeton in summer 2019, but she later decommitted and instead became a member in Cornell’s Class of 2025.

A two-time all-state selection out of Rumson-Fair Haven High School, Maguire figures to be an integral component in Cornell’s future.

“[Maguire] has all the traits necessary to be a top-level player and is someone who will bring a new level of firepower to our team,” Smith said. “She is just as comfortable scoring goals as she is creating for her teammates and will be a wonderful addition to everything we do.”

Sarah Rogalski is another accomplished student-athlete to join Cornell’s ranks. Originally from Wayne, Pennsylvania, Rogalski helped push Conestoga High School to a state quarterfinal finish in 2018. She later wrapped up her high school career at The Hill School, clinching a second-place finish at states.

Ella Singer, who was raised in Short Hills, New Jersey, will bring a strong tenacity to the team next season. In addition to running track for four seasons, Singer also led her team at Morristown-Beard School to two New Jersey state titles while accumulating numerous accolades.

“I joked with her during the recruiting process that one of the things I appreciated about her was that she could start a fight in an empty room,’” Smith said. “She has that level of determination and competitiveness and we look forward to developing her over the next four years and watching her grow.”

The final member of the class is Gabby Volpe, also hailing from New Jersey. Volpe attended Oak Knoll School, which captured the national championship in 2019. While attending Oak Knoll, Volpe was a part of one of the most dominant teams in the country. During her junior season, Volpe helped lead the team to a perfect 23-0 record that saw Oak Knoll outscore its opponents, 154-7.

During Smith’s first season at the helm in 2019, he doubled the team’s win count from the prior season, finishing with a 10-7 record and a 4-3 mark in conference play. With a skilled group of freshmen slated to join the team, Smith and Co. hope to continue the team’s upward trajectory.