Young forward Salima Tete managed to equalise in the 54th minute for the Indian women’s hockey team. It was India’s only goal in the match. 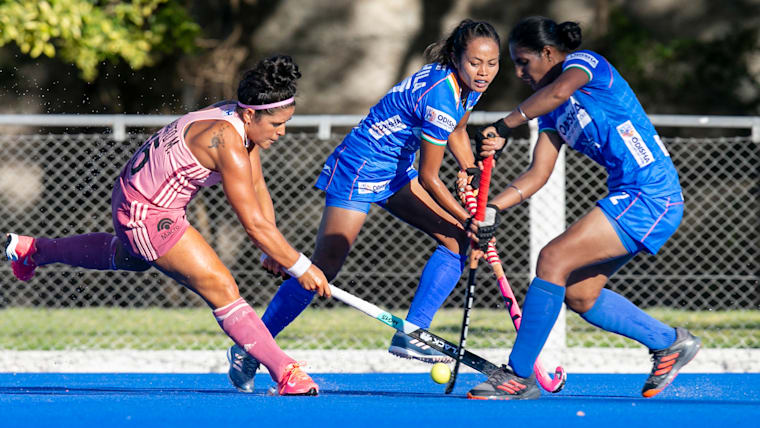 After playing two draws in Argentina, the Indian women’s hockey team suffered a 2-1 loss against Argentina B in its third match in Buenos Aires on Friday.

Goals from Sol Pagella (11th minute) and Agustina Gorzelany (57th minute) were enough for the hosts while Salima Tete (54th) scored the only goal for the tourists.

“Today we played against a stronger Argentina squad consisting of many of their senior players,” chief coach Sjoerd Marijne told Hockey India. “This was a perfect practice match for us ahead of next week's schedule where we play against the senior side.”

Argentina B played attacking hockey right from the start and earned their first penalty corner in the sixth minute, but Indian goalkeeper Rajani Etimarpu saw off the threat without much fuss.

The Argentines continued to attack and were duly rewarded minutes later with Sol Pagella scoring from a short corner (1-0).

Though the Indians made a few forays, they couldn’t create any opportunities inside the striking circle as they ran into a sturdy Argentine defence.

And when India did manage to earn a short corner, drag-flicker Gurjit Kaur found it hard to beat the Argentine goalkeeper.

Argentina B continued with their attacking game in the second half but the Indian defence managed to keep the hosts at bay.

The Indian women's hockey team earned another penalty corner in the fourth quarter and this time, an alert Salima Tete pounced on a rebound to make it 1-1.

But just when it looked like Rani Rampal and Co. would walk away with a draw, the Argentines broke through the Indian backline with the experienced Agustina Gorzelany scoring from a well-worked field goal with just three minutes left for the final hooter.

“While we are testing some of our younger players in these matches, and I am happy they are getting exposure against a strong side like Argentina, we simply cannot afford to concede a late goal and it's an area that requires work,” Sjoerd Marijne accepted.

The Indian women’s hockey team will take on Argentina B again on Sunday. 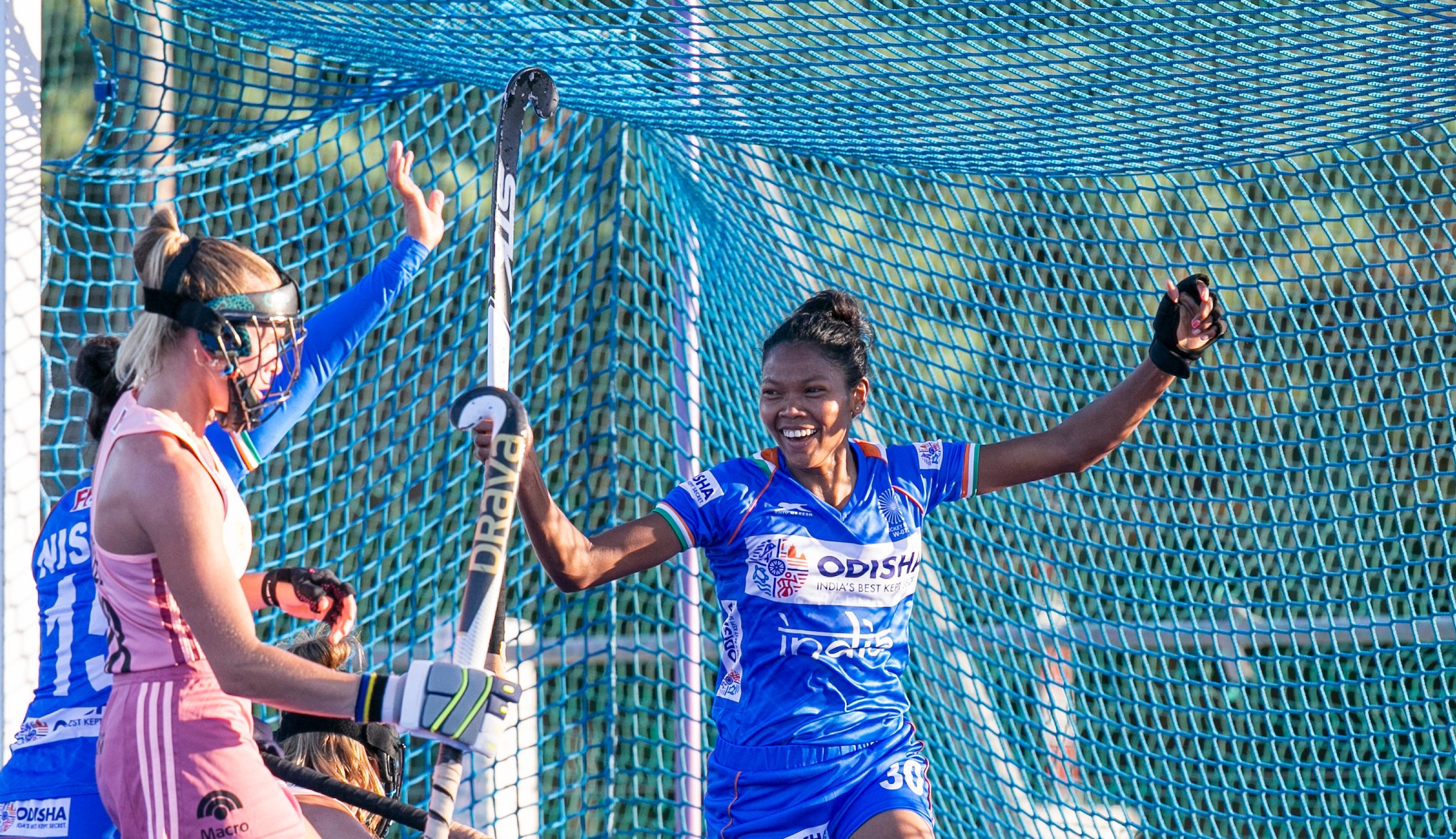 Buenos Aires: Conceding a late goal, Indian Women bowed to Argentina ‘B’ for a hard-fought 2-1 defeat at Cenard, Buenos Aires. Earlier, the visitors had drawn 2-2 and 1-1 respectively against the Argentina Junior women.

Today,  Sol Pagella (11′) and Agustina Gorzelany (57′) scored for the home team while young forward Salima Tete (54′) was the lone goal scorer for India.

“Today we played against a stronger Argentina squad consisting many of their senior players. This was a perfect practice match for us ahead of next week’s schedule where we play against the Senior side. Unfortunately, we conceded a PC goal minutes before the regulation time and this is what we need to manage better,” stated Chief Coach Sjoerd Marijne without mincing his words.

India began on a backfoot with Argentina ‘B’ playing tough, attacking hockey right from the start. Conceding two back-to-back PCs within six minutes of play and putting pressure on the visiting side but the Indian goalkeeper Rajani did well to save the goals. In the 11th minute, however, a fierce circle penetration and well-timed strike by younger Sol Pagella put the home team ahead by 1-0.

With a strong defence put up by the Argentinian women, PCs were hard to come by for India and circle entries were restricted too. Though India managed to earn a PC in the 23rd minute, dragflicker Gurjit Kaur’s attempt to equalise was well saved by the opposition’s goalkeeper.

It was a battle India had to fight hard against a strong Argentinian forwardline as they earned two more PCs in the 43rd and 51st minutes. But India’s PC defence held sway to ensure the lead was not further extended. In the 54th minute, when India bagged a PC, an alert Salima Tete swiftly struck the ball off a rebound into the goalpost fetching her team a much-need equaliser.

The sturdy home team upped their ante in the following minutes with a circle penetration that resulted in a PC. This was the deciding moment as an experienced Gorzelany converted the goal in the 57th minute to seal the match. “While we are testing some of our younger players in these matches, and I am happy they are getting exposure against a strong side like Argentina, we simply cannot afford to concede late goal and it’s an area that requires work,” expressed Marijne.

MHC stick to no March date for ACT MALAYSIA were one of the countries who voted against holding the men and women's Asian Champions Trophy (ACT) in March.

It was a wise decision from the Malaysian Hockey Confederation (MHC) considering that both their men and women's teams are training online with no clear sight of the Movement Control Order (MCO) ending soon.

The Asian Hockey Federation (AHF) had planned to hold the men's ACT in Bangladesh and women's competition in South Korea in March, but the Covid-19 pandemic made it an impossible task.

Both tournaments are now likely to be held after the Tokyo Olympics on July 23-Aug 8.

"Malaysia had to say no to March because both teams are training online and there is no clear sight on when the MCO will end.

"Also, with the rise in Covid-19 cases in the country, I believe the government would not give our teams clearance to leave the country," said MHC president Datuk Seri Subahan Kamal yesterday.

"We also took into account the quarantine periods in Bangladesh and South Korea, and the isolation guidelines upon returning to Malaysia before opting not to support the March dates.

"Furthermore, teams would be confined to their hotel rooms and not allowed to play friendly matches during the quarantine period. "The ACT is a ranking event and jumping straight from quarantine into a tournament will not help our cause at all," Subahan added.