Final of the Hi-Tech Under 17 Hockey Tournament at the National Hockey Stadium Lahore, was played between Lahore`s Dar Hockey Academy and Sargodha`s Fiaz Hockey Academy.

Dr Mohammad Arshad, the CEO of Hi-Tech was the chief guest.

It was a pulsating match with up and down game most of the time. Both the teams had a number of open play chances as well as penalty corners.

Dar HA went one up in the 14th minute off a penalty corner when Aqeel`s push went in off goal keeper`s pads. Fiaz HA`s well deserved equaliser came in the 24th minute also off a PC. Shoaib`s fast and deceptive flick sounded the board.

After a goalless third quarter, Dar HA restored the lead in the 47th minute, again off a PC. Their prolific scorer Abdul Rahman put a rebound inside the cage.

Two minutes later Dar HA made it 3-1 with the best move of the day. After a flurry of passes,Arslan found the target.

Tahir Zaman Academy beat Aslam Roda Academy on a penalty shootout after it had ended 1-1 in 60 minutes. M.Ahmad had put Aslam Roda HC ahead in the 19th minute which was equalised by Azan Abbas just before the half hour mark.

Courtesy, City Steel, very handsome prize money was dished out to the teams.

A blessing in disguise 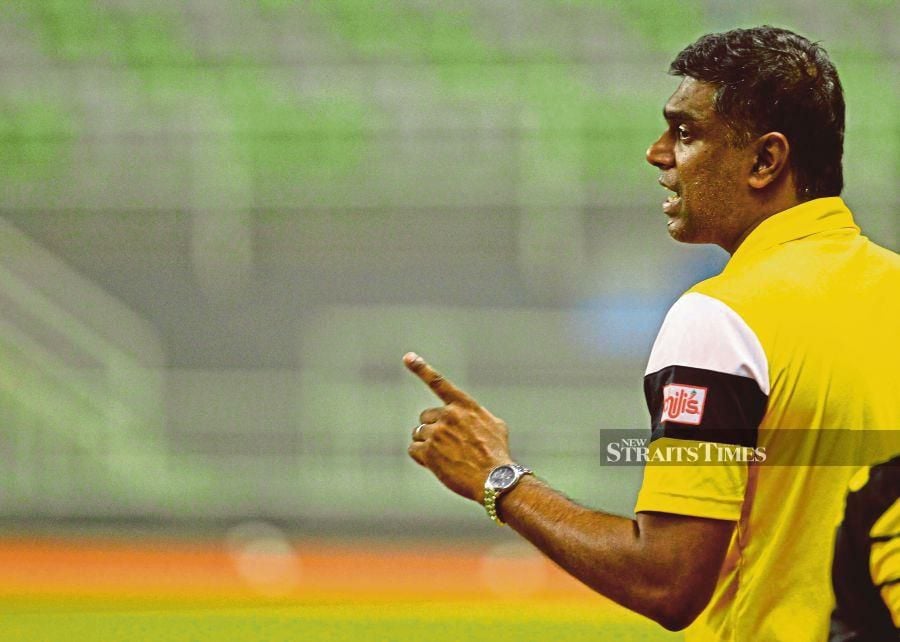 Although Covid-19 wiped out many international and local tournaments, it turned out to be a blessing for the Malaysian Hockey Confederation (MHC).

The MHC, led by their president Datuk Seri Subahan Kamal, did not sit around and do nothing in the pandemic-era.

Instead, they came up with several projects and hired the best brains in the hope of taking local hockey to the next level.

Malaysia were unlucky when they failed to qualify for the Tokyo Olympics. The national team were denied an automatic Olympic spot when they lost to Japan in the final of the 2018 Indonesia Asian Games before losing 9-3 on aggregate to Britain in a play-off match.

However, the failure turned the MHC into a well-oiled machine. Subahan and his office-bearers became merciless, in a good way, by making changes. After failing to qualify for the Olympics, the MHC conducted a post-mortem and interviewed players and coaches.

And almost all of the senior players, who were involved in the 2012 London Olympic qualifier, rooted for the return of former national coach Paul Revington and the MHC granted their wish by hiring him as technical director.

Subahan, who is also a respected football official, is easy to work with, and hockey is gaining due to his approach and healthy relationships with the National Sports Council and Tenaga Nasional.

Tenaga, who has been pumping money into MHC's projects for many years, did not abandon hockey when Covid-19 struck.

Under Subahan, also the deputy president of the FA of Malaysia and president of Super League side PJ City, the MHC are also focusing on the women players.

The confederation hope the women's national team can break the dominance of Japan, India, China and South Korea in Asia soon. The MHC have started a few projects to turn this dream a reality.

They not only combined the juniors and seniors under one women's team but have also decided to field the Young Tigress, a project squad, in next month's Malaysian Hockey League (MHC).

Tigress, comprising youngsters, are being groomed for the 2026 Asian Games.

This year, only the MHL and the Razak Cup were successfully held while other tournaments were called off.

The men and women's national teams will open their international calendar next year at the Asian Champions Trophy in Bangladesh and Korea in March. No problem: Roslan Jamaluddin (in orange) says there’s a big difference in coaching the women and the men, but he’s ready for the challenge.

PETALING JAYA: You’ve got to hand it to in-demand former national goalkeeper Roslan Jamaluddin. He has become the ‘ladies man’ when it comes to coaching in hockey.

Roslan has been the national women’s team goalkeepers’ coach since 2015. Now, he has been hired by the Universiti Kuala Lumpur (UniKL) Ladies team, who will be making their debut in the women’s league.

Despite his hands-on experience, a modest Roslan stressed that this is the first time he would be in charge of a women’s team in a tournament.

“I would like to thank the UniKL hockey management for having faith and trust in me. I feel honoured to be coaching their women’s team, ” he said.

It’s not that he can’t cut it with the men. The former World Cupper and Olympian guided Perak to the Razak Cup men’s hockey title by defeating Terengganu 4-2 in the final at the National Hockey Stadium in Bukit Jalil three months ago.

“There’s a big difference in coaching the women and the men, but I’m ready for the challenge, ” said Roslan, who represented Malaysia from 1996 to 2015.

“I was coaching the Perak men’s team for the first time in the Razak Cup, and I did well to guide them to the title. Now, I ‘ve set a personal target to help UniKL lift one of the two titles (league and Vivian May Soars, overall cup) in the national league.

“Although we’ll be making our debut in the league, I have confidence in my players as we have a balanced team of seniors and juniors to take on the other five teams.”

The team started training a week ago, and Roslan said the players in the national training squad would join them next week. The women’s league starts on Jan 20.

“As it’s just a one-round league, every match will be crucial for us. We aim to play consistently well in every match, ” added Roslan, who featured in the 2000 Sydney Olympics.

The other teams featuring in the women’s league are overall champions PKS-Universiti Tenaga Nasional (Uniten)-KPT, Blue Warriors, Mutiara Impian of Penang, Sabah and Young Tigress, who are also making their debut.