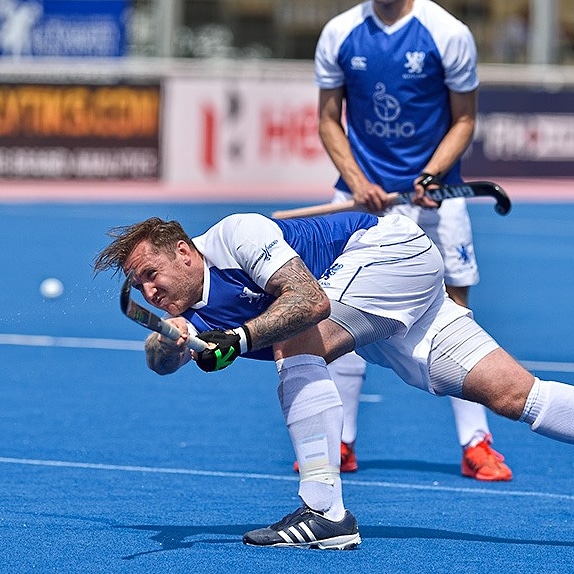 A last minute strike gave Austria the victory over Scotland men in a close and competitive battle in Vienna. It was the first of a two-match series as the Scots prepare for the EuroHockey Championships in Antwerp next month.

Scotland started the match well and enjoyed a dominant first quarter – a quarter defined by a goal by Ed Greaves. It was his first goal after a lengthy injury and got his side off to an excellent start in the contest. The Blue Sticks tore down the right and Greaves converted the quick move to put Scotland 1-0 ahead with a slick finish.

It was a solid second quarter performance by the Scots as they went on the hunt for more goals.

Austria levelled the scores straight after the restart in the second half. A penalty corner routine was converted by Florian Steyrer to make it 1-1.

A succession of cards saw the Scots play much of the quarter with ten men, this helped the contest go the way of the home side. Before long it went to 2-1 to the Austrians. Michael Korper this time hit the back of the net midway through the third quarter.

Austria edged the final quarter and Korper snatched the winner in the last minute of the game as the home side hit Scotland with a counter attack for 3-2.

Scotland men’s Head Coach Derek Forsyth said, “It was a tough contest and we didn’t deserve to lose, but there’s a lot to learn from the game. We started really well and dominated the first half. Austria played well in the second half, however there’s things that will allow us to learn to manage the game better. It was a sucker punch at the end but we’ll improve for the next match and look for a good result.”

Gurjit Kaur made her mark in spectacular fashion at the 2017 Asia Cup, top-scoring for India with eight goals and helping the team to the title, past favourites China and Japan. There is no looking back...

“I cannot score the goals all alone. The rest of the team has to rally around, create those penalty corners, support you, provide the perfect pass even during the set-pieces for me to get a shot at the goal,” says Gurjit Kaur.   -  Getty Images

A year ago, she had been inconsolable. India had lost the Asian Games final to a stubbornly defensive Japan and with it a chance to create history and book a direct ticket to the Tokyo Olympics. And Gurjit Kaur, the lone drag-flicker in the Indian side who was expected to be the team’s trump card, was as disappointed as the rest. On June 23 this year, the demons were finally laid to rest. Gurjit struck twice as India overwhelmed Japan 3-1 to win the Hockey Series Finals and advance to the Olympic qualifiers which will be held later this year. The Tokyo dream is still a step away, but the turmoil from that night in Jakarta has finally found peace.

“Yes, the Asian Games final was somewhere at the back of our minds, all of us,” Gurjit told Sportstar. “But we have learnt to move on from disappointments. It was a bad day and if we had won then, this competition would not have been so crucial. But we proved to ourselves that we were the better team here,” she added.

With the training camp to resume soon, the break is being utilised for activities that, for most people, are routine — time with family, catching up on studies and completing official work and formalities — Gurjit is employed with the Indian Railways, just like most of her teammates. “Three weeks sounds a long time, but with the amount of work that piles up in our absence, it passes quickly,” she laughed.

Hockey, or for that matter sporting excellence in any field, was not exactly a priority for the tall and powerfully built defender. Studies were important, so much so that she was sent over to a boarding school in Kairon (Tarn Taran district in Punjab), 85-odd kilometres from her home in Ajnala, along with her sister Pradeep Kaur. That Kairon happened to be one of the state’s oldest and most famous nurseries for women’s hockey was just a coincidence.

Making the long list of Indian probables in 2014, Gurjit had to wait for three years to break into the national team. She made her mark in spectacular fashion at the 2017 Asia Cup, top-scoring for India with eight goals and helping the team to the title past favourites China and Japan. That triumph also stamped Gurjit as a big-match player, her best coming in crunch situations. It was the same in Hiroshima, where her defensive skills also got noticed.

That India beat Japan comprehensively at the latter’s home in Hiroshima only added icing to the cake. And the fact that Gurjit was the top-scorer in the tournament with 11 goals — out of the 27 that India scored — helped boost her confidence further, though she refused to take much credit.

“I might have scored those goals and yes, it feels good, but that’s not because I got my name on the sheet, but because they helped the team win, throughout the tournament. I cannot score them all alone. The rest of the team has to rally around, create those penalty corners, support you, provide the perfect pass even during the set-pieces for me to get a shot at the goal. Those were not my goals, they were team goals,” she insisted.

They were the same words she had employed after being named the Women’s Sportsperson of the Year in a Non-Cricket Team Sport at the inaugural Sportstar Aces Awards earlier this year. That award was a recognition of how quickly and how far the 24-year old had travelled from being a late-bloomer — she made her national debut only at the age of 22 in 2017, in a team that traditionally sees players still in their teens before slipping out as early as their mid-20s — to the team’s lynchpin both in terms of scoring off penalty corners and defending the citadel.

“No player in a team sport can achieve anything if the rest of her team does not back her. I can score goals from penalty corners, but someone has to earn them in the first place. Then there is the pusher, the stopper. As a defender, I am only one of the members at the back in the unit. What this award will do is not just push me to do better personally, but also push the rest of my teammates for combined greater glory,” she had said back then. The sentiments have not changed.

What has also not changed is the single-minded focus on the big target of qualifying for the Olympics without losing sight of the smaller but equally crucial steps that are needed to be taken to reach there. Reaching the final in Hiroshima would have been enough for India to play the Olympic qualifiers; winning it was the extra impetus the team needed to get a chance of playing at home.

“Yes, Tokyo is a dream. But we will think of it when we reach there. For us, after the Asian Games, there were two missions to complete before thinking of Tokyo. In Hiroshima, we completed one. The other will be at the qualifiers and right now our focus is not Tokyo but the step before that,” she insisted.

The Indian women qualified for the Olympics for the first time in 2016 and the experience has left them wanting for more. Gurjit, who failed to make the cut back then, has heard enough stories from Rio. It’s time for her to experience it herself, and her own performance will be crucial in achieving her dream. 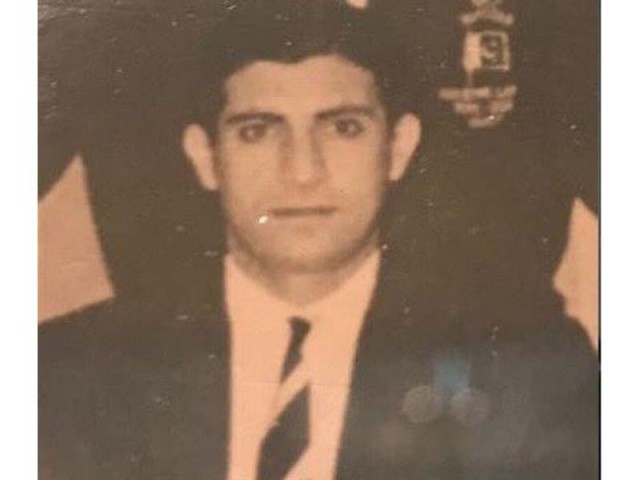 PESHAWAR: Legendary hockey Olympian Brigadier (retired) Abdul Hamid Hamidi, who led Pakistan to its maiden gold medal in the Rome Olympics in 1960, passed away on Thursday. He was 92.

Hamidi, who was living with his family in Chaklala, was rushed to the Combined Military Hospital (CMH) Rawalpindi two days before his death.

He was laid to rest in his ancestral graveyard in Bannu, Khyber-Pakhtunkhwa (K-P) on Friday. A large number of people from all walks of life attended the funeral prayers held in Millat Park.
The deceased is survived by a widow and two sons – Nadeem Hameed and Faheem Hameed. He was also the elder brother of another legendary hockey Olympian Abdul Rashid Junior.

Born on January 7, 1927 Hamidi played as inside right and rose to fame when he skippered the national hockey team to a solitary goal win over arch-rival India, the top and the most dominant team of its time.