Too many chapters, but same old story without a happy ending for India

The theme in Indian hockey in 2018 remained the same as in the past - chopping and changing - player to coach - and the consistency remained missing in a World Cup year. The finish at sixth place in the World Cup left many question marks surrounding the future of hockey in India. (Source; PTI)

At the start of 2018, veteran midfielder Sardar Singh made a comeback into the Indian hockey team. The former captain was dropped for the Hockey World League finals in Bhubaneswar, in October, 2017, and was also not included in the Asia Cup Squad in December. In his absence, India struck bronze in World League, and then followed it up with a 2-1 win over Malaysia in the Asia Cup final to clinch the gold, under Manpreet Singh’s captaincy.

But in February, with Manpreet being rested, Sardar returned to the side – regaining his position as the captain – as India travelled to Malaysia for the 27th edition of Sultan Azlan Shah Cup. In five games, India managed only one win and a draw, against Malaysia (5-1) and England (1-1), respectively, and finished in the fifth spot.

With the Commonwealth Games in sight, there was an immediate reaction from the team management. A month after Sultan Azlan, Sardar was dropped again from the team – and Manpreet was again handed the captain’s armband. Goalkeeper PR Sreejesh also returned to the squad from an injury that saw him sit on the sidelines for several months.

The theme, recurrent in Indian Hockey over the past few years has been of chopping and changing and in 2018, it was much the same. Every tournament, every poor performance, and every bad result, prompted the management to make multiple changes to the squad, over and over again – something which the veteran described as one of the reasons for the team’s inability to compete against the big teams.

“Belgium, for instance, have been playing with the same batch of 12 players. It’s just now that they’ve included four-five young players. They haven’t changed a lot of coaches too. To get a result in a team game, experience and combination between players is very important. In the last few years, we had 34-35 players in the core group,” Sardar had told Indian Express in an interview after India’s World Cup defeat to the Netherlands earlier this month. 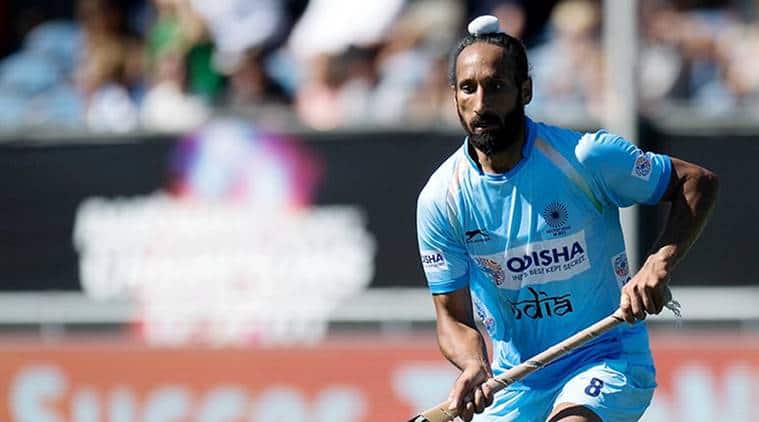 Sardar Singh was dropped for the Hockey World League finals in Bhubaneswar.

The 2018 World Cup winning Belgium team had 12 out of 19 players used with over 150 international caps to their name. India, on the other hand, had entered with only 6 out of 18 players with as many caps. The constant changes in the squads had seen the side reduced to a relatively inexperienced unit by the World Cup started in the final week of November.

Sardar was one of the big chapters in 2018. After being dropped from CWG squad, he made a grand return in June at the Champions Trophy in Breda, where India put on their best show this year. The side put on a fighting display against Australia in the final, but went down 3-1 in shootouts to finish in the 2nd position.

With his performance, he was retained in the Asian Games squad, where the defending champions suffered a humiliating defeat to Malaysia on penalties and failed to bag the gold medal. After the tournament, Sardar Singh was dropped again for the Asian Champions Trophy and he decided to call it quits, meaning India would enter the World Cup without their most experienced man.

The “chopping-and-changing” was not limited to the players – it befell on the coaches once too. Eight months after sacking Roelant Oltmans as the men’s team coach, the management once again made another change. Former Women’s team coach Sjoerd Marijne, who took over the coaching duties from Oltmans, was sent back to his previous duties, and Harendra Singh was given the reigns as the head coach of the men’s team. The change came just after India failed to grab a medal at the CWG, losing the bronze medal match against England.

Former India coach and captain Vasudevan Baskaran reckons that frequent axing of coaches will not make a difference if the players do not improve their game. “When we start reading the game, we will step up the ladder. Just simply blaming the coaches is not fair when you continue to keep the same players in the team who are not performing up to the mark. When the same, repeated mistakes are made by the players, the coach should not be the first one to axe,” he said in an interview to IndianExpress.com.

Despite making so many squad revamps, frequent management changes and replacements of guards, the story in 2018 for Indian hockey remained the same. By the time the year draws to a close, the fans, critics and the sport governing body are left wondering where it went wrong. Baskaran thinks the fault lies with India’s inability to adapt during the play, especially against the big teams: “The problem is that the players are unable to adapt to situations. When you have played so many games, then there should be no need to tell a player what he should do – by now he should be able to read the opponents. You have played the big oppositions 3-4 times in the year. When is the team going to learn to win? Blaming the coach is not fair when there is no improvements in performance from the players.”

He further adds that the youngsters brought in as replacements into the team were not up to the mark. “Our players underperformed against the big teams. I blamed the entire composition of the team. When you provide opportunities to the youngsters, they should come forward to take the responsibilities,” he said.

A look at India’s record in the 2018 against the higher-ranked teams, and a recap of India’s quarterfinals defeat against the Dutch shows that the World Cup winner is correct in his assessment. Apart from defeating Argentina at Champions Trophy, India have not defeated any higher ranked team this year.

Against the Netherlands, which was touted to be India’s best chance to reach the World Cup semifinal, with the home advantage, coach Harendra’s unit failed to react when the Oranje started pushing deep inside their own half. Instead of trying to return to possession, and push outside their half, the forward line came far too backwards to defend, and were unable to move forward when Simranjeet Singh and Manpreet tried to stitch counter attacks.

The finish at sixth place in the World Cup left many question marks still surrounding the future of the sport in the country in the coming year. But for now, the fans will hope that India could script a new storyline in 2019 with another different chapter. 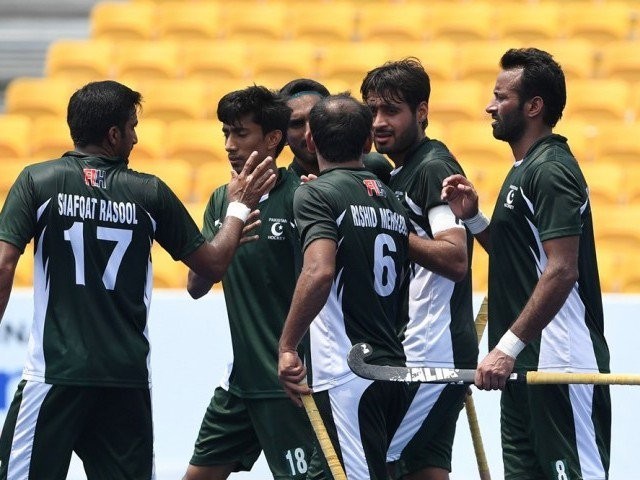 LAHORE: The first-ever Pakistan Hockey League is ready to take place next year and, according to sources, six teams will be participating in the event.

The teams will be named after the six major cities of Pakistan, with a desi touch added to their names.

According to reports, the teams will be named Karachi Karare, Lahori Ustad, Peshawar Dilawar, Multan Sufiyan and Quetta Defenders.

Meanwhile, the sixth city will be Islamabad, but the complete name for the last team hasn’t been revealed yet.

Also, the league will host players from hockey powerhouses such as Germany, the Netherlands, Spain, Belgium, France and Argentina.

The Pakistan Hockey Federation has given the marketing team the task to attract at least three to four foreign players for each participating side.

The league will also have a age limit, where players aged 25 years and above will not be allowed to participate in the event in order to promote and groom young talent.

The final schedule of the hockey league will be announced after the Executive Board meeting. PHF had announced that PHSL would be held next year in January from 12-19 and had even requested for tenders for the tournament.

However, according to sources, the finalisation of the tournament is in disarray due to a lack of funds. Plans are now being made for PHSL to be held in Lahore from March 15 to 25, sources added.

Further, sources said that 12 international players have agreed to participate in the event. 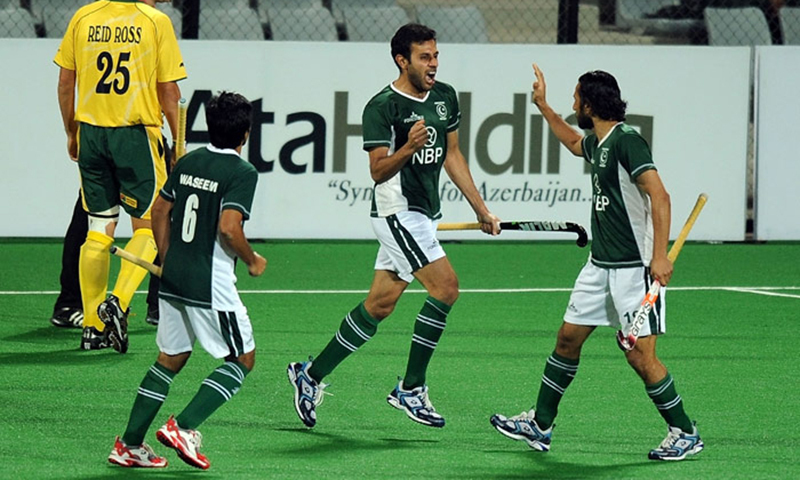 LAHORE: Former Pakistan players Samiullah and Col. (retd.) Mudassar Asghar on Monday slammed Pakistan Hockey Federation (PHF) Secretary Shahbaz Ahmed Senior for issuing a controversial statement that even ten secretaries and twenty coaches cannot change the fate of the Pakistan hockey and termed it as an attempt to misguide the hockey circles in the country.

“Instead of issuing such awful statements, the secretary should have resigned from his post since he has no right to continue after wasting huge financial resources and getting poor results in his tenure,” said Samiullah who was dubbed as the Flying Horse in his playing days.

Talking to Dawn, Samiullah said: “Shahbaz’s statement is a total misguiding one for the hockey circles and government institutions. Even one honest, dedicated and unbiased secretary can change the fate of Pakistan hockey in a matter of few years.”

“I am not claiming that an honest and dedicated secretary will make Pakistan the top team of world hockey in two years, but at least he can bring it among the top six teams,” he added.

Sami noted it was ironic that in the last 15 years the sports of the country were constantly on the decline and added that if in the tenure of a sportsman like PM Imran Khan the situation does not change, then no one could bring improvement in the standards.

“The things cannot improve if the PHF officials continue to stay in seven-star hotels while the players are accommodated in hostels,” he lamented.

He went on to add that the main problems with the Pakistan hockey was that every official of the PHF was reluctant to quit his post despite the horrendous show of national team. “Every PHF official is out to consolidate his position and extend his tenure which is a sorry state of affairs. A dedicated person will not compromise on any issue can achieve enough in just one tenure,” observed Samiullah.

He alleged that Shahbaz was involved in nepotism, sending favourites and undeserving people on tours to waste precious PHF money. “Shahbaz has never been serious about running the national hockey affairs and now he is talking about the necessity of building four academies,” he said.

Meanwhile, former secretary PHF Mudassar pointed out that the PHF did not prepare the team well enough for the World Cup and the results were for everyone to see.

“The PHF did not hold the national junior championship in the last three years which is the real platform to groom young talent for the seniors team and for any mega event,” said Mudassar. “Who stopped Shahbaz from holding the national junior championship? Instead he wasted money on the developing squad from which not a single player could qualify for the World Cup squad.”

“Now he (Shahbaz) is talking about academies but he was the main critic when Asif Bajwa raised so many academies. The truth is that no academy can do wonders overnight and dedication and hardwork is required to produce good players.”

Endorsing Samiullah’s views, Mudassar said: “If you will make the team with sincerity Pakistan can still play the semifinals of big tournaments.”

He also urged the government to conduct an overhaul of the PHF. “The govt must intervene now to streamline the affairs of hockey and it should go for severe accountability over the misuse of funds provided by the current PHF regime besides launching a probe into the team’s poor performance in the World Cup 2018,’ he insisted.

Mudassar added that Shahbaz had failed miserably as administrator and it was no blame-game but the biggest fact. ‘All the top PHF officials have failed in all departments and they should accept the reality and should go home,” he concluded.