Selection in Olympic team was my late father's dream - Lalremsiami

India's Lalremsiami says her selection in the Tokyo-bound Indian contingent is the biggest achievement of her career.

India's Lalremsiami in action during the Asian Games in Indonesia, in August, 2018. - GETTY IMAGES

India's Lalremsiami on Sunday said her selection in the Tokyo-bound Indian contingent is the biggest achievement of her career as it helped her fulfill her late father's dream.

The 21-year-old made history when she became the first female player from Mizoram to be picked for the Olympics. Her selection also meant she managed to give her State an Olympian after 25 long years.

Archer C. Lalremsanga was the last Olympian from Mizoram. He represented India at the 1992 Barcelona and 1996 Atlanta Olympics.

"[The selection is a] very big thing for me. It is the biggest achievement of my short career so far," Lalremsiami, who hails from Kolasib in Mizoram, told PTI.

Lalremsiami lost her biggest supporter, her father, just a day before India's semifinal match against Chile in FIH Series Finals last year in Hiroshima, Japan. Instead of returning home, however, the young striker braved personal tragedy and decided to stay back with the team. India went on to win the tournament beating host Japan 3-1. Lalremsiami's only regret is that she couldn't bid a final goodbye to her father.

"He was the biggest supporter. He had faith in every decision I took in my career. My only regret is that I couldn't bid him a final goodbye. But he definitely would have been proud of my decision," she said.

"Staying back with the team was the most difficult decision of my life but I believe my Papa would be happy with my decision as he wanted me to serve the nation and one day play in the Olympics. I wish Papa was alive today to see his daughter playing in the Olympics. It was his dream and I am living that."

Not many people play hockey in Mizoram as the State is famous for producing footballers, archers, and martial art athletes. So when Lalremsiami decided to take up hockey as a professional sport, there weren't many supporters of her decision in the family. It took a lot of convincing to finally get the go-ahead.

"I started playing hockey at the age of 11. I was brought into the sport by my sports teacher at school when he selected me for a school-level tournament," she said.

"Before that, I never played hockey. But when I started playing, I liked the sport and then I joined the hockey academy at the SAI Centre in Thenzawl in 2011 and from there I never looked back." Lalremsiami said initially she had to face "resistance from my family as they didn't know anything about hockey."

"I told them about the sport but my father was still apprehensive as he didn't want my studies to get affected but later on he agreed when I made him understand that at the academy I can study alongside playing hockey."

Lalremsiami, who won the women's FIH Rising Star Award in 2019, now just wants to give her best in the Tokyo Games.

" [Winning a medal in the Olympics] is not impossible. We can win a medal because in modern hockey there is a very little gap between two teams. If you play to your potential you can beat any team on your given day," she said.

"We have worked really hard in these difficult COVID times, we have made many adjustments and compromises, so we won't let that go wasted. I know my role in the team and will work towards fulfilling them."

This will be the women's team's third appearance at the Olympics and the second consecutive, with the previous appearances coming in 1980 and 2016. 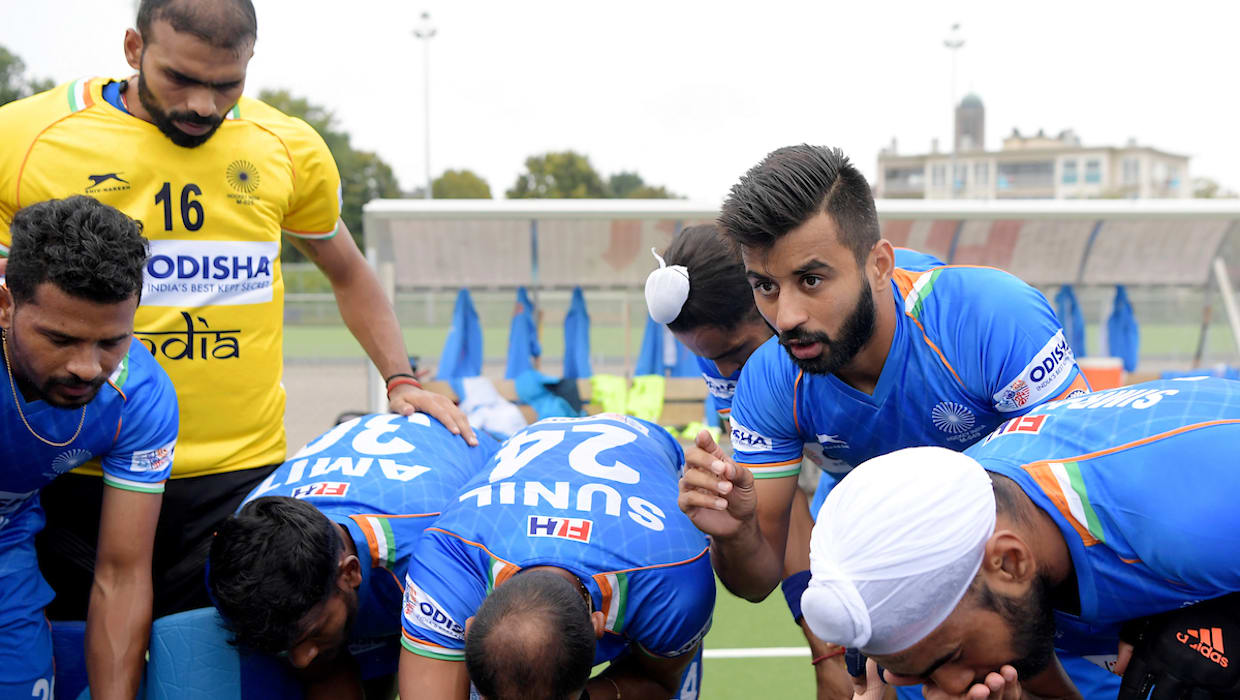 Experienced Indian campaigner Manpreet Singh will look to make it count at Tokyo 2020, slated to get underway from July 23 2021, when he makes his third consecutive appearance at the Olympics.

The midfielder's experience will be crucial as 10 of the 16-member squad will be making their Olympic debut at Tokyo 2020. He will, however, find support in -- goalkeeper PR Sreejesh, defenders Harmanpreet Singh, Rupinder Pal Singh, and Surender Kumar; and forward Mandeep Singh -- who were a part of the squad at Rio 2016.

The Men in Blue have been drawn against reigning Olympic champions Argentina, hosts Japan, Australia, Spain and New Zealand in Pool A.

But ahead of the Games, let us learn a bit more about the India men's hockey team captain. 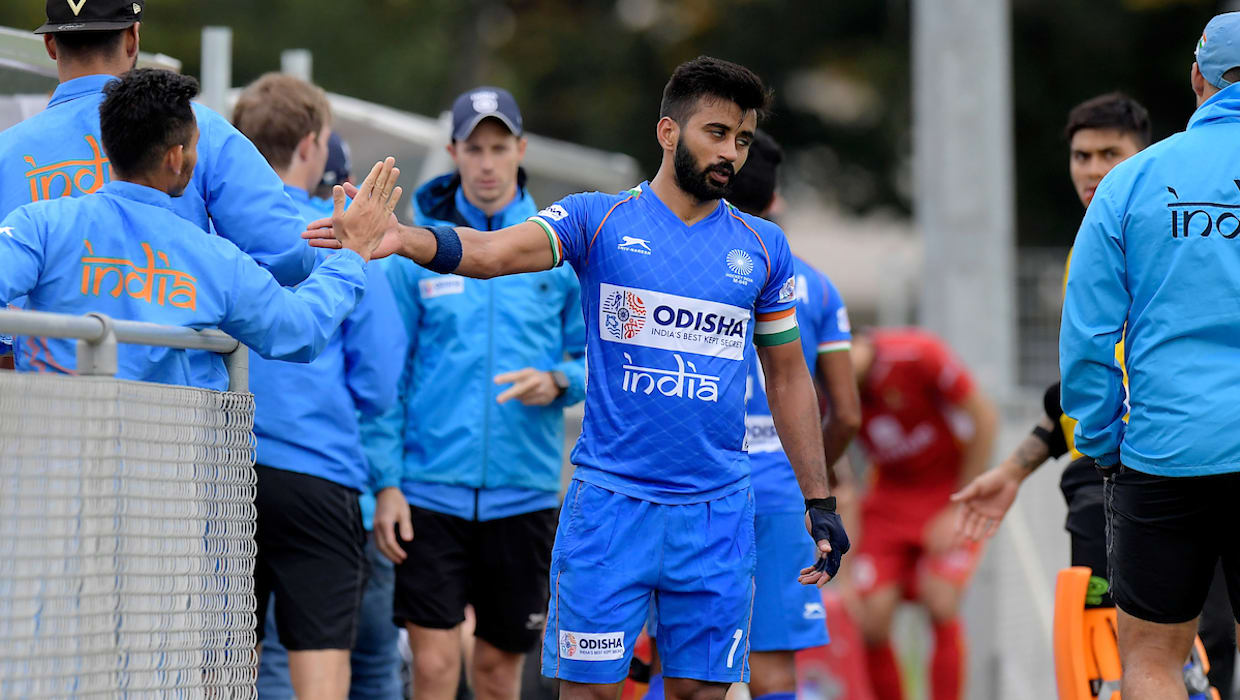 Inspiration behind taking up hockey

Manpreet comes from a humble background. He is a son of a farmer in Jalandhar, Punjab. As a youngster he was keen to take up the sport after watching his brothers, who played hockey, bring home prizes from several tournaments.

But his first real hero was Pargat Singh, the former India captain, who led the side at Barcelona 1992 Olympics and Atlanta 1996 Olympics.

“My first inspiration to play the game came from Pargat Singh, the former captain of the Indian hockey team, and DSP of my district,” Manpreet told HT Brunch.

Manpreet is also a huge fan of former England and Manchester United star David Beckham, and dons the No.7 jersey for the national team.

“Ronaldo says that even when you are successful, you should never forget your humble beginnings. I totally go by that philosophy,” Manpreet told HT Brunch.

"He is the best! There’s nothing I can say that Ronaldo lacks — he is good at everything. I love the fact that he started from a poor family and worked hard to reach where he is. Lionel Messi is god gifted with his skill and goes to the gym very little. But Ronaldo has put in a lot of hard work, ever since he was a child," he told Redbull.com

"After his father passed away, he worked hard for his family and to make his name. I’ve read that there’s not a single day that Ronaldo doesn’t go to the gym or doesn’t train on the field. He is always working hard which is why I am a very big fan of Ronaldo," he added.

Among the hockey idols, he looks up to former German captain Moritz Fürste and ex-India captain Sardar Singh.

"He (Moritz Fürste) gave me a lot of tips about the game. And Sardar Singh inspires me with his style of playing,” Manpreet had told HT Brunch.

Before leading the senior team, Manpreet had also captained the India junior men’s hockey team at the 2013 Men's Hockey Junior World Cup. He was also named the Junior Player of the Year by the Asian Hockey Federation in 2014.

He then took over the reigns of the senior team in 2017. India won the 2017 Men's Hockey Asia Cup and later clinched the bronze at the Hockey World League Final in the same year.

He was also named the best men’s player in 2019 at the FIH Player of the Year Awards.

However, his biggest challenge awaits him at Tokyo 2020, where he will lead the World No.4 side.

Found his love on hockey field

“She is really down to earth, and when she is in Jalandhar, she never behaves like a guest. My mother has named her Navpreet. And Illi is my best critic. She is totally honest with me. This doesn’t mean she puts me down. Instead, she motivates me,” he added.

Apart from his kit bag, one thing Manpreet never forgets to carry for his tours, is the PlayStation. He likes to play FIFA on the gaming console with his teammates SK Uthappa and Mandeep Singh.

"Many of my teammates also like to play; we mostly play FIFA. The gaming helps us relax and take time off, especially once we are done with a tough game. My gaming partners are SK Uthappa and Mandeep Singh; we are always getting together to play a game of football on the console," Manpreet told Redbull.com.

He is also fond of Punjabi music and loves listening to singers like Diljit Dosanjh and Honey Singh. Besides that, he is a big fan of Bollywood actor Salman Khan. M.S. Dhoni: The Untold Story, Chak De! India and Bhaag Milkha Bhaag are among his favourite movies. 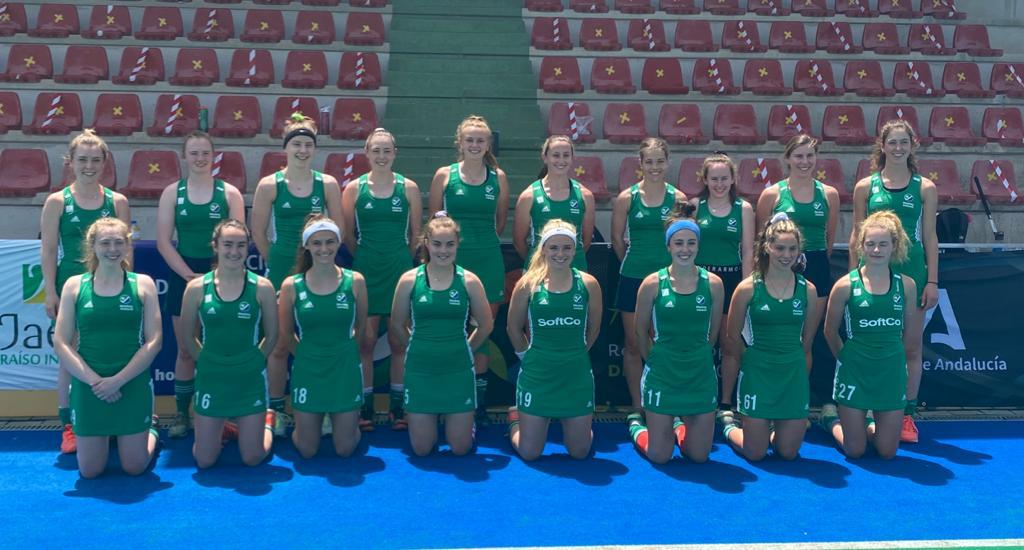 A 28 player Irish women’s national development squad will take on their Great Britain counterparts in four games this week as part of an eight-day camp at University of Ulster, Jordanstown.

The aim of this panel is to develop the next group of senior internationals, a key task with the likely evolution of the panel for the World Cup qualifier in October and a EuroHockey Championship qualifier in 2022.

The squad incorporates the Irish Under-21 group who will play in their European Championships next summer along with one Irish Under-19 player, Charlotte Beggs.

The squad in this current format has been in existence since 2018 and has seen many players progress to the senior setup with Serena and Bethany Barr, Michelle and Niamh Carey, Ellen Curran, Sarah Hawkshaw, Sarah McAuley, Hannah McLoughlin, Lizzie Murphy and Sarah Torrans among them.

This series will be used to select a panel for a Five Nations in Barcelona, Spain from July 5-10 which also features Belgium, Spain, Germany and the Netherlands. The squad will also play games against the Welsh seniors and Under-23s in July.

Speaking about the setup, head coach Dave Passmore said: “After a long year of lockdown where physical training has dominated much of what we have done, this is an ideal camp environment with matches to develop these players further.

“Under the direction of new S&C Coach Cliodhna O’Connor, the players have worked really hard to push their physical levels over the past six months. This is such a key feature in the women’s game and essential in allowing players to progress to the Green Army.

“It was great to get away to the south of Spain last week where we included five of the Under-19s due to play in the Under-19 Four Nations in July but this is the first time we can get most of the National Development Squad together in a camp environment and the matches will be ideal given the lack of competitive hockey in the past 15 months.

“While we were competitive against the Spain Under-21 and Development teams, it was clear most of our players lacked competitive match play so these matches will allow us to build on that and select the team for the Five Nations next month”

“We are delighted to have the support of Park Developments along now with two other new program supports in PrimeCore and Cantor Fitzgerald who will support our trip to the 5 Nations in Barcelona.”

President Gyanendro Ningombam in an official release said: "It is indeed a very sad day for us. Amrit has played a huge part in the growth of hockey in the country, and she will be sorely missed."

New Delhi: Hockey India has condoled the demise of 84-year-old Amrit Bose, who passed away on Sunday and who held many important positions in the hockey circuit in India.

Along with being the Indian Women's Hockey Federation Secretary, Amrit Bose also carried out tenures as an International Technical Official and President of the Delhi Women Hockey Association.

Expressing Hockey India's condolences to Amrit's bereaved family, President Gyanendro Ningombam in an official release said: "It is indeed a very sad day for us. Amrit has played a huge part in the growth of hockey in the country, and she will be sorely missed."

"We would like to extend our deepest condolences to Amrit's family and friends. May they have the strength to pass through this difficult time," he added.

Last month, Ravinder Pal Singh, who was part of the Gold Medal-winning side at the 1980 Moscow Olympics had also passed away due to COVID-related complications.

The former centre-half of the Indian Men's Hockey Team represented the national side in a number of tournaments which included the Champions Trophy in Karachi (1980, 1983), World Cup in Mumbai in 1982, Asia Cup in Karachi in 1982 and the Los Angeles Olympics in 1984.