Cashel's Caoimhe Perdue debuts for Ireland in defeat to GB 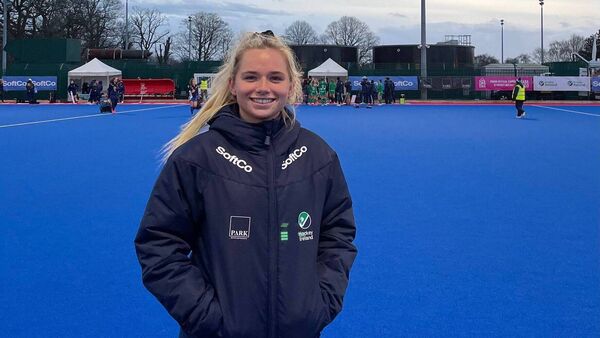 UCC's Caoimhe Perdue who is part of the Irish squad taking on Great Britain in a series of uncapped games.

Caoimhe Perdue became the first Tipperary player to line out for Ireland since 2016 as the UCC woman played a quarter of Ireland’s latest Olympic preparation game against Great Britain.

The Cashel woman played a quarter of the 3-1 loss at Bisham Abbey and she will likely line out again on Wednesday morning in game two of the scheduled four uncapped fixtures.

Britain went 2-0 up courtesy of a couple of penalty corners but Ireland came more into the game in the third quarter with Anna O’Flanagan’s goal a just reward for their fightback.

It came amid a melee in the circle created by Katie Mullan’s powerful pass into the danger zone as Ireland ramped up the pressure with Shirley McCay’s interceptions from the back a catalyst while Sarah Hawkshaw was busy in an attacking midfield role.

The hosts, however, made the result safe with a third corner goal. The two sides meet again at the same venue on Wednesday with further matches on Friday and Sunday.

It comes hot on the heels of March’s shared series at Queen’s University and was organised to replace a cancelled warm-weather camp in Malaysia.

And captain Katie Mullan is happy to have something on the agenda having had her bags packed for that previous plan.

“We’re just excited to play international hockey and hit the pace we need to prepare for the Europeans [in June] and the Olympics,” she said. “In a perfect world, playing the same team is not how you would want it but we are grateful to get the games and it is very good preparation to focus on ourselves.

“Every nation has their struggles in terms of best preparing getting out of Covid. You can see how much quicker Australia and New Zealand got out of lockdown and were able to train.

“In one sense, they got a couple of steps ahead. Now, they are not getting games which we are.

“Every team has their own personal journey and it’s going to be whoever manages those ups and downs best who will be the successful teams this summer, especially so for the European teams who have to go and peak twice with this being a qualifier for the World Cup.”

Mandeep said the coordination among players during the tours of Argentina and Europe was a huge plus point for the team. Bengaluru: Indian hockey team forward Mandeep Singh has said its recent performance against reigning Olympic champion Argentina is a "huge confidence booster" and the team is shaping up well for the Tokyo Games.

India won both their matches against Argentina in the first FIH Hockey Pro League and two out of the four practice games on the tour, which was held from 6 to 14 April.

"Putting up a great performance against the Olympic Gold Medallists is certainly a huge confidence booster for us," Mandeep, who had scored a goal in India's 3-0 win in the second FIH Pro League match, said in a release issued by Hockey India.

"We played very well against Germany and Great Britain as well and it was great to back that up with a brilliant tour of Argentina.

"We have attained a great rhythm in our last two tours, and we are currently working on a few aspects that we could have done better in our recent matches."

Mandeep said the coordination among players during the tours of Argentina and Europe was a huge plus point for the team.

"When a team plays matches after a long break, a team could lose its coordination. However, it was great to see how we all found our coordination quickly and gelled very well as a team when we played each of our matches this year.

"The team is shaping up really well at the moment. We just have to keep focussing on the basics and keeping moving forward with each practice session."

The 26-year-old said the Indian team's sole focus is on the Olympics, scheduled to be held in three months time.

"Our sole focus is the Olympics and I think we are totally on track to put up a great performance in the quadrennial event later this year."

The FIH Hockey Pro League matches between India and Great Britain, scheduled for 8-9 May in London, were postponed last week following the UK government's decision to add India to the 'red list' in wake the of the COVID-19 pandemic.

"We are very fortunate to be training for the Olympics in a safe and secure environment at the SAI campus in Bengaluru during a very difficult time for our country," said Mandeep, who had tested positive last August.

The international hockey federation (FIH) plans to popularise the game. It even plans to have a World Cup in 2023.

The Indian men’s and women’s hockey teams will be a part of the inaugural FIH World Hockey5s to be held in Lausanne, Switzerland later this year, the international hockey federation (FIH) announced on Tuesday.

The five-nation competition will make its international debut at the Place de la Navigation, near Lake Geneva, on September 11 and 12.

Hockey5s is different from the traditional field hockey format. The five-a-side game is played on a smaller pitch and players can score from anywhere unlike in the traditional game where one can only score from inside the Dee (striking circle).

Hockey5s, played in about 70 countries, is seen as FIH’s move to take hockey to newer destinations and attract more crowds to the game.

The game has also tasted some success at the Olympic level with Hockey5s featuring in the 2014 and the 2018 Youth Olympics. In fact, the Indian boys’ team won the silver medal at the 2018 Games in Buenos Aires. The team was led by Vivek Sagar Prasad, now an established player in the regular senior team.

The FIH plans to have a continental 5s championship in the coming years to act as the qualifiers for a 5s World Cup, which will be a 16-team affair to be held in 2023.

Though Hockey India is still to have a dedicated Hockey5s programme, it has been conducting national meets for a couple of years. 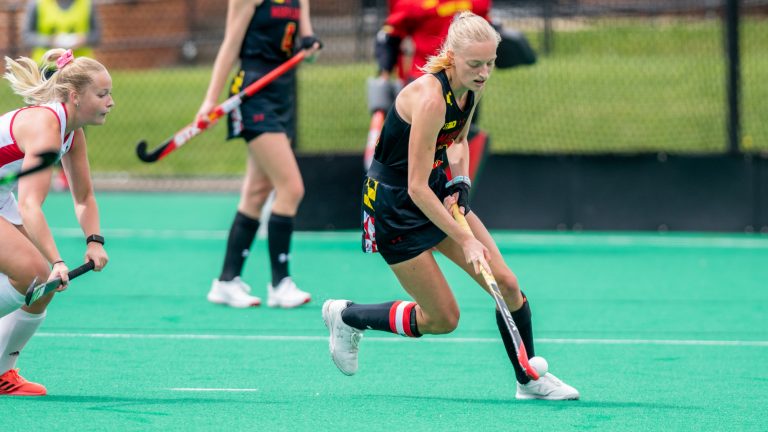 With a trip to the Netherlands’ national championship on the line, Bibi Donraadt fired a backhanded shot that ricocheted off both the crossbar and a post before falling into the back of the cage.

A few years later, during Donraadt’s freshman season at Maryland, the Terps were locked in an overtime stalemate in the 2018 NCAA semifinal. Donraadt rifled a shot into the net in the 78th minute — once again punching her team a ticket to a national championship game.

“It was actually the same situation as what happened at Maryland in my freshman year,” Donraadt said laughing, thinking back to the goal she scored as a 15 year old. “Which is just so exciting.”

After bursting onto the scene that first year at Maryland, scoring 15 times and winning Big Ten Freshman of the Year, the Dutch native has played a critical role in the Terps’ offense over the last three seasons. And she’s been holding a field hockey stick since before she can even remember.

Her mother, Margriet Wensing, has played the sport for over 40 years as a goalkeeper and has competed in the highest levels of European field hockey. So Donraadt, an offensive player in her own right, vividly remembers attending her mother’s hockey matches as a child.

“I love like scoring and celebrating afterwards, yeah, so I realized pretty quick that the forward line … was more my thing,” Donraadt said. “And maybe also because she was a goalie and I kind of liked it to play against her.”

Over the summer, Donraadt and her sister, Merle, would go to the pitch with their mother. She sets up between the pipes as the two sisters take shots at her. Sometimes, they will simulate a shootout.

“Bibi and I [have] more similar playing styles,” Merle Donraadt said. “But I would say Bibi’s always been a lot more passionate about hockey than me.”

Whenever the sisters came home from school and played outside, Donraadt always had her field hockey stick. Anytime her friends even thought about going to the field, she was ready to go, always wanting to play.

And after competing on a club team in her neighborhood with her sister for years, Donraadt moved to a bigger club team in the Netherlands.

“She was really dedicated,” Merle Donraadt said. “She knew that she wanted to grow and develop her skills. And that’s why she decided to take those steps [to be more professional about it].”

And she did. A few years after scoring that miraculous, national championship-clinching goal, she started looking to play collegiate field hockey in the United States.

Coach Missy Meharg’s program stood out to her right away. Donraadt remembers hopping on a Skype call with Meharg and seeing the entire coaching staff on her screen.

“They were just different than some other schools,” Donraadt said. “It gave me a family, kind of, vibe, which I just really like.”

Upon joining the Terps, Donraadt knew she wanted No. 12 on her jersey. The origins come from her favorite soccer club, Feyenoord, which is based in her hometown of Rotterdam. No Feyenoord player has ever donned the number — it’s reserved for the fans.

When Donraadt throws on her No. 12 jersey for every match, she feels she’s representing her country and her hometown soccer club as she brings the positivity and energy surrounding the number’s symbolism to the United States.

And her American teammates continue to share their culture with her — especially fellow juniors Riley Donnelly and Taylor Mason.

Donnelly, who always enjoys learning Dutch words from Donraadt, remembers taking her into Washington, D.C., and seeing her marvel at the district’s iconic monuments.

“You don’t realize how big D.C. is on, like, an international scale,” Donnelly said.

As a freshman in 2018, the Dutch native had to figure out how to speak English fluently. While she had some background in the language from middle and high school, along with listening to American music and watching U.S. shows on Netflix, Donraadt never really needed to speak English much until she came to Maryland.

In the Netherlands, it’s not just the Donraadt family who is engrossed in field hockey. Meharg has also recruited a handful of other Dutch players over the years, including defender Maura Verleg and midfielder Nathalie Fiechter.

And she’s come to realize the influence the sport plays on Dutchies.

“They’ve got over 400 turf fields in a country the size of Delaware,” Meharg said.

And Donraadt has brought the Dutch field hockey atmosphere to College Park, starring for the Terps over her first three seasons.

And it all goes back to the early days of her life, when she was netting game-winning goals as a 15 year old, playing for renowned clubs in her home country.

“It’s in her blood,” Meharg said. “It’s just so fun to see that give-and-take of cultures of hockey united through hockey around the world.” 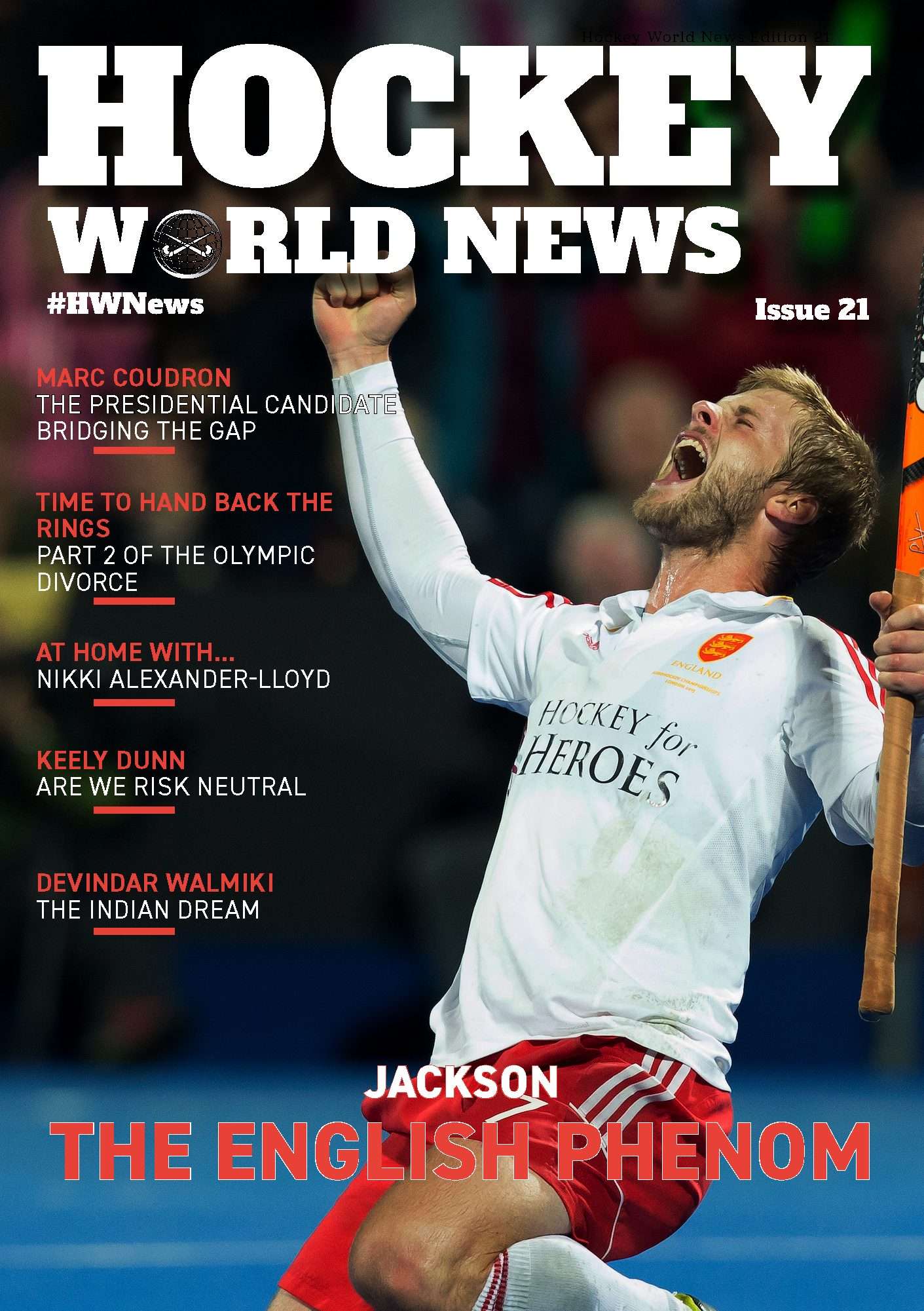