Great Britain men will take on India next month as Olympic preparations get back on track.

Danny Kerry’s men will take on India in Antwerp, Belgium on March 6 and 8, with the European tour marking India’s first forays back into international hockey after a one-year hiatus.

India will earlier face Germany in Krefeld on Feb 28 and March 2 as part of a 17-day tour.

Head coach Graham Reid said: “We are very grateful for the opportunity to go to Europe, and we are looking forward to having our first competitive matches in just over 12 months.

“Playing against powerhouse teams like Germany and Great Britain will provide us with great competition and help immensely in our FIH Pro League and Olympic Games preparation.

“Playing any top 10 ranked team is always a great experience for the team.”

Holland and Germany men and women are also due to meet in the FIH Pro League on March 6 and 7.

India women will also embark on a 10-day tour of Germany to face the hosts in four Tests. UNIVERSITY PARK, Pa. -- The Penn State Nittany Lions (0-0, 0-0 B1G) will open up the 2020-21 field hockey season with a Big Ten battle on Feb. 28.  The Lions will head to the Virginia Beach Field Hockey Complex in Virginia Beach, Va., for the first of two weekends spent at the site as the Big Ten embarks on a 14-game conference slate. Penn State will take on Iowa on Sunday, Feb. 28, at 12:45 p.m.  The Nittany Lions' original opener was to be against Michigan on Friday, Feb. 26, but that game has been postponed due to COVID issues within the Wolverine program.

The conference will utilize a neutral site in Virginia Beach, Va., for two weekends in February to get the season started for all nine conference squads. Penn State will head to the site for each weekend.  The Nittany Lions open up their season on Friday, Feb. 26, with a neutral site game in Virginia against Michigan.  The team then battles Iowa on Sunday, Feb. 28.  The next weekend, Penn State will face Northwestern on Friday, March 5, and Iowa again on Sunday, March 7.

After a week off, Penn State travels to Rutgers for two game with the Scarlet Knights.  The Lions and Rutgers battle on Friday and Sunday, April 2 and 4.  Penn State's last four games are at home over the next two weekends.  The Lions welcome Indiana on Friday and Sunday, April 9 and 11.  The regular season concludes with Penn State hosting Ohio State on Thursday and Saturday, April 15 and 17.  The Big Ten Tournament will be at Iowa on April 20-24.

Start times and television broadcast designations for Big Ten field hockey events will be announced shortly as they become available.

Five veteran players return to lead head coach Char Morett-Curtiss' squad through a unique 2020-21 campaign.  Bree Bednarski, Madison Hutson, Abby Myers, Emma Spisak and Hannah Zemaitis comprise Penn State's senior class. Bednarski had seven points a year ago off three goals and an assist and has played in 50 games, including a year at Michigan.  Hutson anchors the Lion midfield and defense and started all 20 games for the Lions a year ago.  Myers had seven points last year and has 26 for her career.  She has played in 60 games as a Lion, starting 30.  Spisak had six points off two goals and two assists a year ago and has played in 44 games at Penn State.  Zemaitis has played in 64 games during her career, including two seasons at Hofstra.

First project for Year of the Youth all set to go 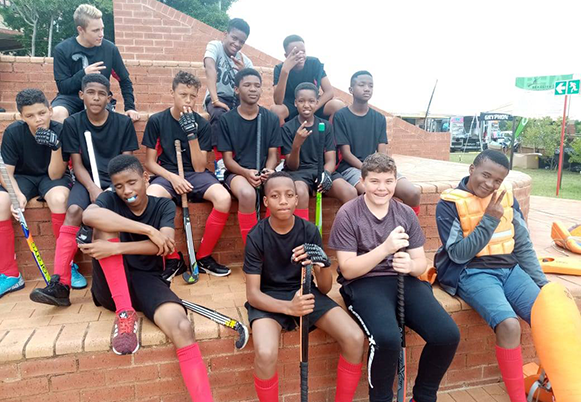 With 2021 designated the Year of the Youth, the FIH Academy is inviting project proposals from hockey associations and continental federations from around the globe. As the restrictions on play caused by the global pandemic are slowly but steadily lifting, so hockey organisations are beginning to think about a return to play for current participants and how to encourage more people into the sport.

Projects that gain the support of the FIH Academy are those that are aimed at youngsters and have inclusivity, learning, development and progression at their heart. The projects can focus on grass roots hockey, elite development or a combination of both, the main aim is to show young people what a fun and progressive sport hockey is. One such project is ready to hit the start button now.

The Southern Warriors Hockey Academy, which is based in Gauteng, South Africa, has been developing and planning a programme that aims to really expand hockey in the local region, offering participants a chance to take up the sport and to achieve whatever level of attainment they are capable of.

At the heart of the Southern Warrior’s plans is a pledge to provide equal access to all potential participants. This is a particularly pertinent point for this progressive club as it is located in a region with areas that suffer a high level of poverty. The Southern Warriors project will support the learning and progress of the players by supplying equipment to those who cannot access it for themselves. This has been made possible by support from sports equipment and clothing providers Extreme Edge Sportswear and TK Hockey SA.

The initiative aims to cater for players of all levels, from grass roots hockey through to high performance level. In the first instance, the programme organiser, Laurenzo Thomson says the programme will cater for 100 players, across all age groups.

The project targets three stages of the development pathway as outlined by the FIH Academy: Start, which enables players to learn about the game and start to participate in hockey; Play, which caters for players up to 18; and Stay, which is the part of the pathway that keeps players involved in the game as adults.

Responding to the first project proposal for the Year of the Youth, FIH Academy Director Mike Joyce says: “I wish to congratulate Southern Warriors Hockey Academy on both their excellent project and for being the first to register with the #HockeyInvites Year of the Youth 2021. We are delighted to share their project and all others who are helping to grow youth hockey participation around the World. I would encourage all projects to register at www.fih.academy/yoty2021” 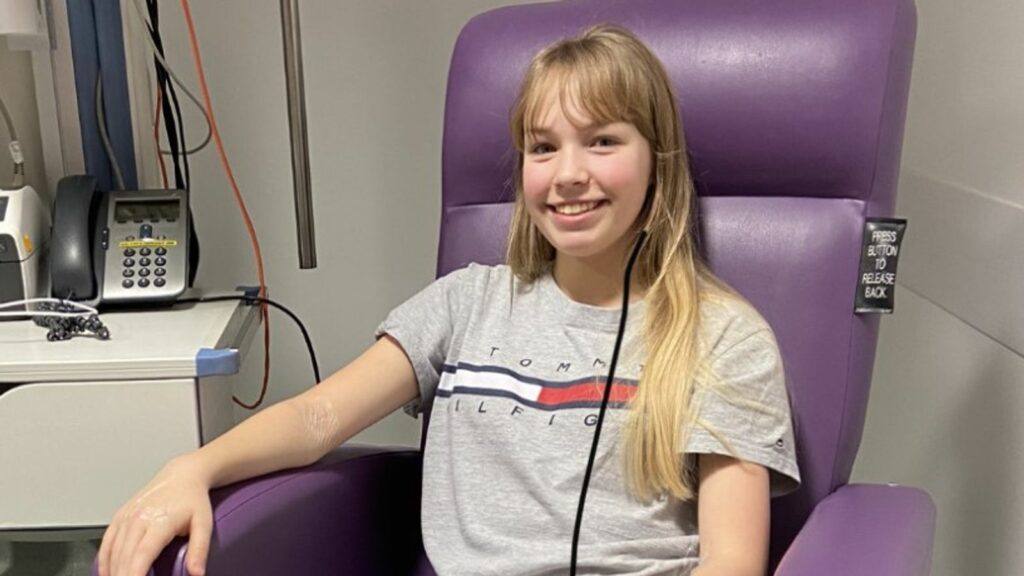 Hockey player Anna Hadley has been revealed as the world’s first child to benefit from a new form of paediatric heart transplant.

Anna, who plays at Worcester HC, was diagnosed with restrictive cardiomyopathy in January 2018 after collapsing during a PE class two months beforehand. She had just been selected for Worcestershire under-13s at the time.

The rare condition, a disorder of the heart’s electrical activity, meant that she couldn’t play competitive sports. 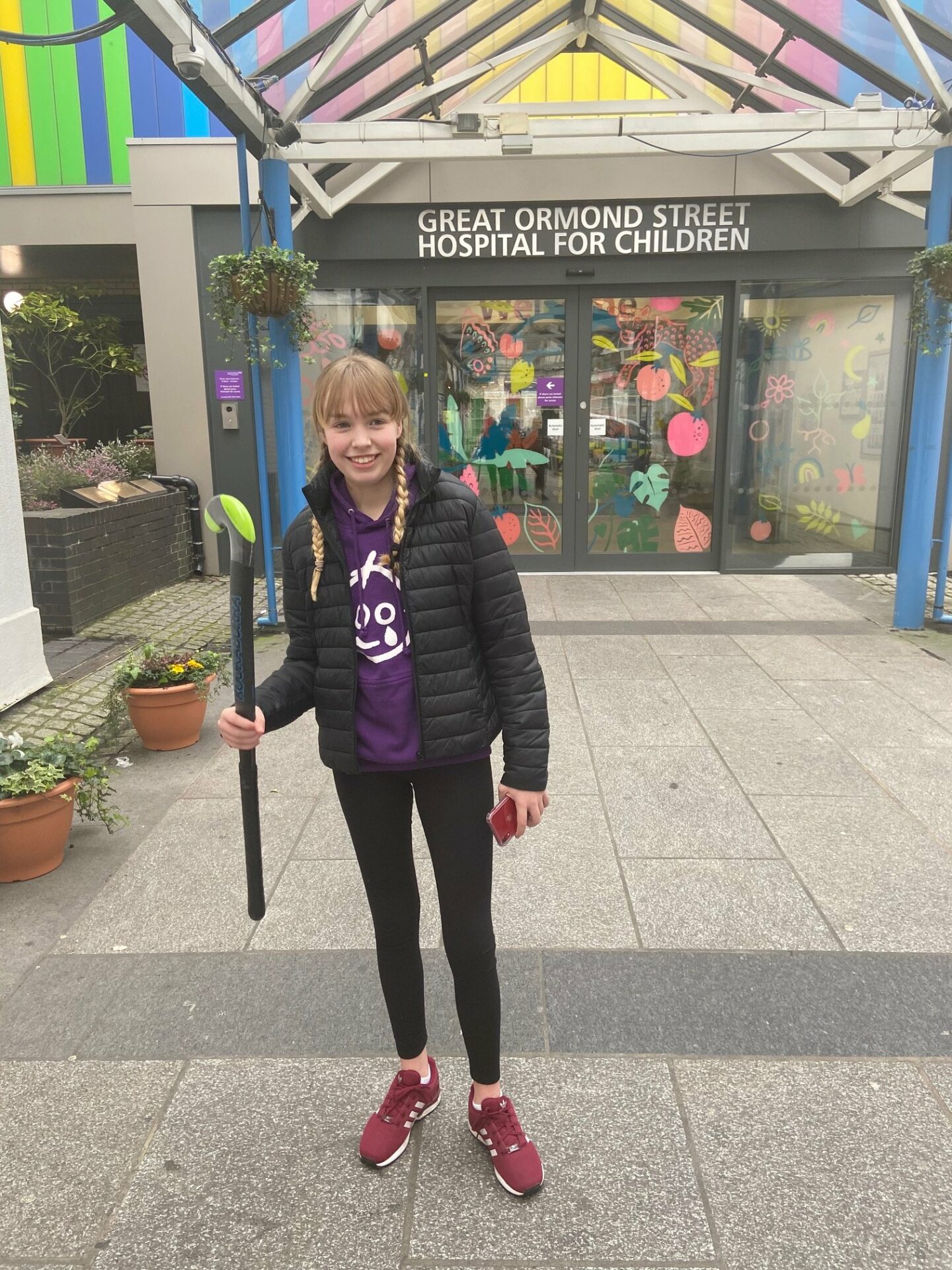 Such was her love of hockey and playing the sport, an initial switch to goalkeeping proved short-lived after stress tests revealed that her heart disorder was potentially the cause of previous collapses.

After waiting months to find out her plight, she was officially placed on the heart transplant waiting list.

It was life-changing news for Anna: she could no longer run nor take part in the sports she loved. Walking up a flight of stairs to go to bed sometimes even left her feeling tired and out of breath.

During her wait, her family raised money for the British Heart Foundation and she took part in the Worcester Hearty Walk where £3,000 was raised. She was joined on the walk by nearly 40 friends and family.

Anna’s lung pressures were also increasing as time went on. Doctors at GOSH fitted her with a device to help ease some of the lung pressure. 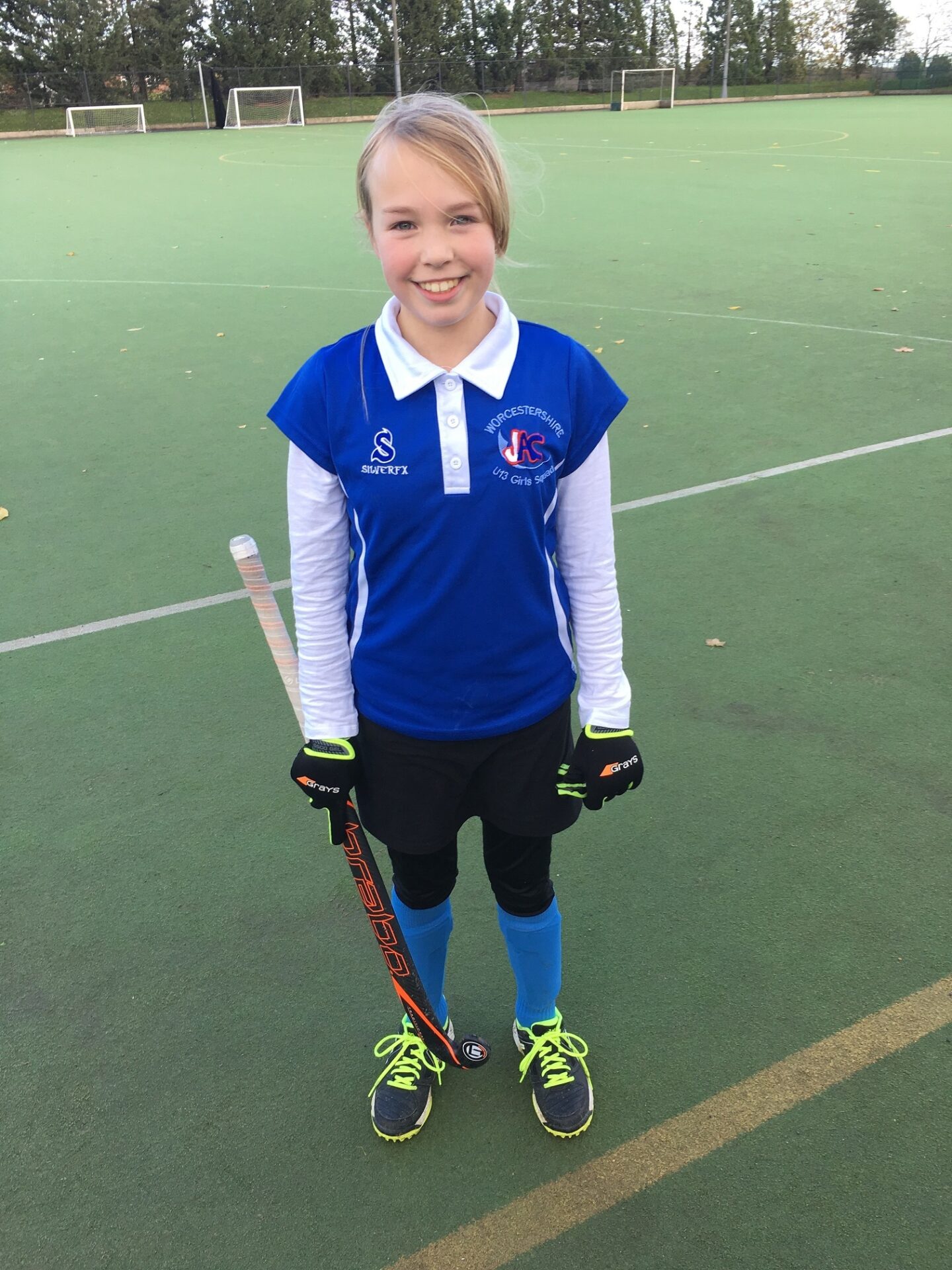 “It was as if someone had lifted a heavy weight from my chest”, said Anna. Although this helped, it wasn’t a cure, and if Anna didn’t receive a heart in time, she would need a heart-lung transplant which is incredibly rare.

After a 20-month wait and being told about the new transplant programme, the Hadleys finally received the call they had been waiting for.

A suitable donor had been found and a Royal Papworth team raced to the hospital where the dying patient was situated. After the heart was removed, it was given a defibrillating pulse to keep the heart beating and the team flew by helicopter to GOSH where Anna was awaiting the procedure.

Anna’s father, Andrew, said: “We always tried to stay positive, but we understood the facts; there was a lack of suitable donors and around 40 per cent of children waiting for heart transplant never receive one. It made the more than 20 months spent on the transplant waiting list incredibly difficult.

“After weighing-up the potential risks and benefits of the DCD heart transplant with a more conventional one, we realised that there was only one choice, and we’re so glad we made it. Five days after the transplant, Anna was walking up and down the corridors chatting away and high-fiving staff. It was incredible.”

Weeks later she was back playing hockey.