Lockdown represented a chance to try new things for most but not Olympic hockey champion Susannah Townsend – who instead spent time rediscovering the old her.

It’s been four years since the Blackheath-born star achieved her crowning glory as part of Team GB’s victorious Rio 2016 squad but what a difference an Olympic cycle has made.

What followed Brazilian brilliance was a period of injury turmoil, with knee and ankle problems constantly flaring up, putting the 30-year-old on a downward spiral from which she lost love of the sport.

Tokyo 2020 was due to be her swansong, too, but with the coronavirus pandemic postponing the Olympic Games – and her retirement – to next year and the subsequent lockdown having allowed her time to reflect, Townsend believes the break has given her a new lease of life.

“The break has probably been the best thing that could have happened to me,” said Townsend, who is just one of more than 1,100 athletes on UK Sport’s World Class Programme, funded by the National Lottery.

“It’s enabled me to get my body back to where I need it to be and it’s given me something to look forward to.

“I’ve always said I play mostly because I love it, but over the last couple of years I wasn’t enjoying it and I struggled to get myself out of that hole.

“But, to now have an extra year means it is almost a blank canvas for me and I can go at it to enjoy myself, smile and hopefully alongside that I play some of my best hockey again.”

A chance to heal has been an unexpected benefit of time off the pitch but it’s not the only one, with the British squad afforded vital extra preparation time in their Olympic title defence.

That gold is among 864 Olympic and Paralympic medals won since National Lottery funding began in 1997 but it hasn’t been smooth sailing thereon for Townsend and co.

And she’s fully aware that the task in store over the next 12 months will be just as testing as the years that have gone before.

Townsend added: “I’m under no illusions that the next year will be difficult.

“Us older guys know the difficulties, especially when it’s an Olympic year and you’re pushing pretty much to breaking point because that’s what you have to do to be successful.

“But, knowing that there’s going to be some hard times and having had the last three months, I think it’s given me a more rounded perspective. I’m now in a lot better position to cope with everything that is thrown at me.”

At her lowest points motivation was a struggle for Townsend but she found it thanks to support on social media and from those around her.

And it is because of this that she chose to try to help others struggling with the same during lockdown by portraying her struggles honestly on the same platforms.

“I remember looking at other people’s Instagram’s for motivation on tough days so I wanted to help others in the same way,” Townsend said.

“Life isn’t perfect and people should not pretend that it is on social media. Everyone, even professional athletes, have days where they are down or need help motivating themselves.” 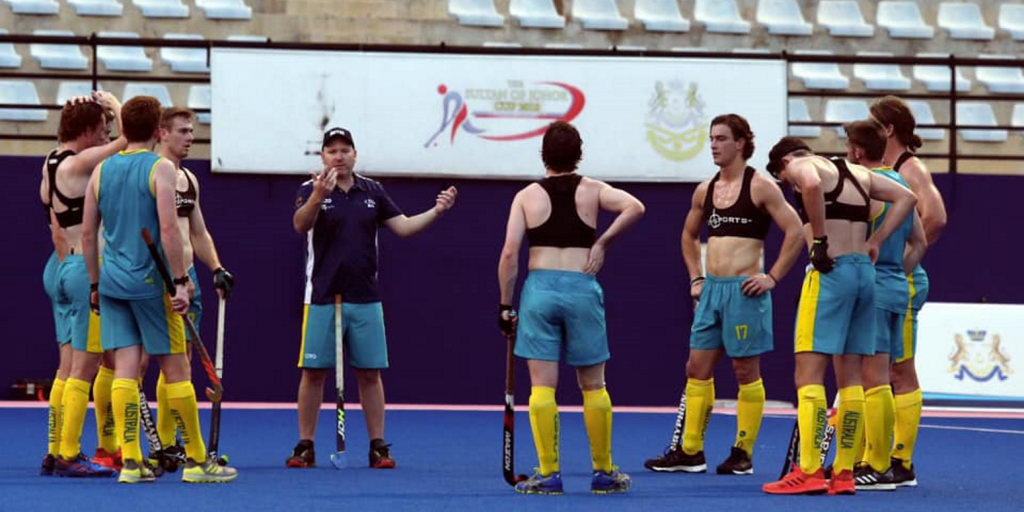 Hockey Australia (HA) is excited to announce it is recruiting for two new roles as part of the High Performance pathway strategy beyond 2020.

“I am delighted we have been able to create these important roles,” said Cumpston.

“This national leadership and direction targets the ongoing international success of our two elite national teams, the Hockeyroos and the Kookaburras.” 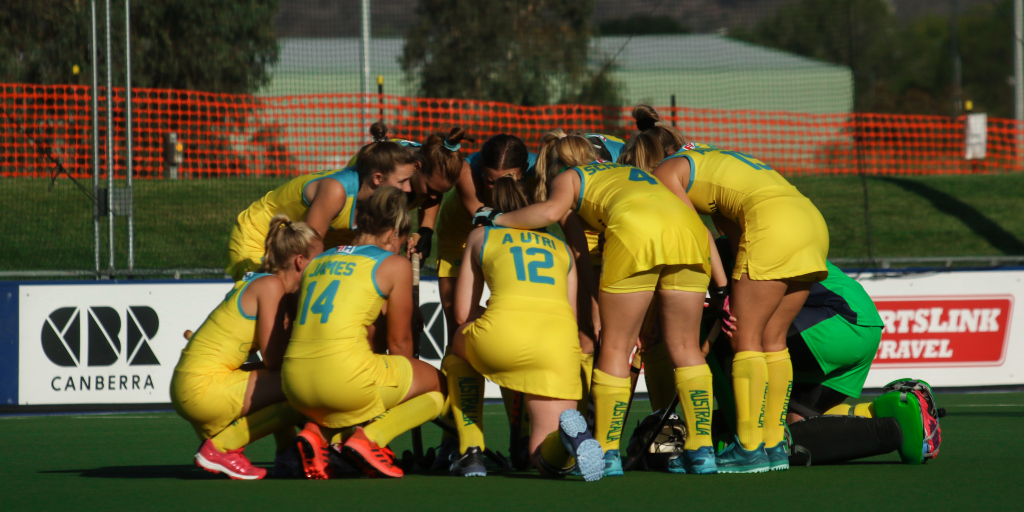 Responsible for overseeing and guiding Australian hockey’s talent pathways, HA Manager Performance Pathways, Bill Davoren is excited to see the two new roles come to fruition and what they will add to the sport’s quest for continued excellence and improvement.

“With the support of the AIS Pathways Program, these two roles will have a significant impact on enhancing our SIS-SAS Talent Programs and our Member Associations’ Development Programs through greater technical leadership to both our athletes and coaches,” said Davoren.

“These roles will be expansive and offer an opportunity to have a real impact on Australian hockey going forward to the Olympics in Paris in 2024 and Los Angeles in 2028.”

Recruitment company SRI have been engaged to manage the application process. 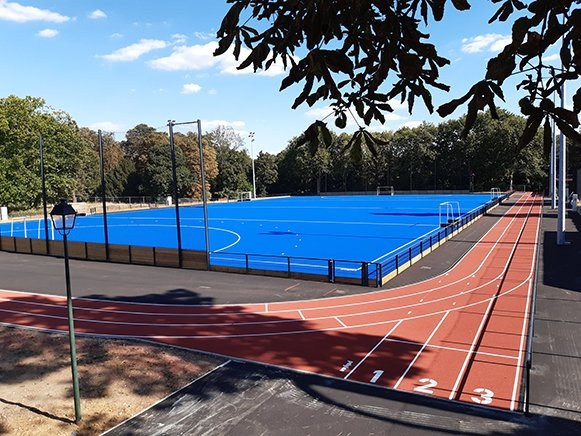 A new high performance centre hockey pitch has been put in place in the Paris suburbs which is set to be used by teams to preparing for the 2024 Olympic Games.

Polytan, the sports surface provider, installed the artificial pitch which meets the standards and requirements set by the FIH.

Le CREPS is one of the potential training venues for the 24 participating teams at the 2024 Games while funding for the pitch project was secured as part of Paris’ preparations for the Games.

“The quality of the field is exceptional”, said Michel Godard, Le CREPS director.

“The surface will be used to welcome international hockey teams to prepare for the Paris 2024 Olympic Games, whilst also helping national and regional development of field hockey in France.”

Alastair Cox, FIH facilities and quality programme manager, added: “We are delighted to see this new field, benefiting from the latest synthetic turf technology, developed to satisfy the sports performance, player welfare and sustainability criteria of the FIH’s Quality Programme.”

French hockey launched its Ambition Hockey 2024 two years ago in a bid for the sport to grow and leave a legacy.

Ambitious Bray keen to raise the bar in north Wicklow

The FIH Level 4 high performance coach reprises the role he has undertaken at Genesis in recent times having previously given impetus to Glenanne and Portrane’s development.

“We want to lift the profile of the club,” Bray’s men’ Grattan Evans told The Hook following his appointment to the dual-role.

“We are progressive and ambitious and want to compete at the top level. We want to create a high performance culture through the club and this is what Nasir can hopefully bring as he has a proven record in clubs like Glenanne and Portrane.”

Evans has been a stalwart of the club since its formation in 1993, playing a part in their epic rise from the bottom rung of the men’s ladder to captaining them to promotion to Leinster Division One in the early 2000s.

But while that run was remarkable, he knew even then, it was unsustainable for the club in the long run.

“We had a good team back then and eventually got up through a tough, tough division ahead of Clontarf, Kilkenny, Naas. It was a really hard league to get out of but we got up.

“Then, in Division One, we had to get a couple of imports from Australia like Phil Marshall and Phil Davis and stayed up. The following year, we had no players coming through and so we realised quickly then we could only go so far with one group. The structure wasn’t there to sustain it.”

The women’s section had a similarly quick ascent and reached Leinster’s top tier before dropping back but there was always that realisation longevity would come through the junior section.

“You maybe over-emphasise your senior teams and of course you want them to play at a high level because it encourages people to come to your club,” Evans continued. “You have to build from the ground up and it is hard to get it right with no junior section.”

It has evolved since its first introduction in 1999 with Debbie Lee and Doug Keeley setting the wheels in motion with Donal Doyle the first youth rep on committee. Current President Caoimhe Guilfoyle took on the mantle before Eoin O’Brien and Sharon Bourke drove things on further.

All the while, it has grown exponentially with Bray now catering for around 400 girls and 100 boys, overseen by up to 75 volunteers – 50 coaches and 25 helpers. Friday night Under-16 girls sessions saw up to 60 players this year.

Now, the colts and fillies are organised by a Junior Taskforce of several members, such is the undertaking.

They have been bolstered by the foundation of Templecarrig School in Greystones, offering an extra pitch in the area to the traditional home at Loreto Bray.

Stephen Stewart – a star from Pembroke’s glory days around the turn of the century and, more recently, a Corinthian coach – links club and school neatly with coaching roles in each.

While the numbers are strong and facilities improving, Evans says elevating education standards to a wider base is crucial to drive retention and push onward toward the EYHL level, something which Munir will play a part in.

“He is coming on board as senior coach but also in an advisory role for the junior section, doing coaching workshops for the coaches with an emphasis on the juniors. We want him to help improve coaching standards through the club and build continuity from the bottom up to the top and we see him as key in the development of the club, particularly for the boys section.

“We have lost a lot of boys after Under-14 level in recent times but, last year, for the first time we fielded an Under-16 boys team and we are now seeing them stepping up to adult section for the first time. This is something we want to develop and build on.

“We want to keep building around the community of north Wicklow and offering them the best. We have seen progression at the likes of Portrane and Clontarf, both now in EY2, and this is something which we would like to emulate in the next few seasons and hopefully Nasir can be a catalyst for that.

“There is a huge population boom in the area and a lot of schools playing hockey with boys and girls in secondary school playing hockey as well as a lot of national schools. It’s about showing people we are investing and trying to give our local players and local kids the best.”

“It will put us in a strong position to develop our coaching culture and hopefully players won’t feel the need to head up the road to Dublin clubs.

“The committees over the last few years have really pushed it and there are a huge amount of volunteers – parents who play, parents who don’t helping out. We are very dependent on that and we are trying to develop all of them, get them onto Fundamentals courses, level ones etc.

“It’s a great club and a great area and, honest to God, I cannot believe how many players are in the club now. It’s quite scary. And now it’s about giving them the absolute best and putting the resources in.

“We want them to stay – there are lots of reasons for them to move like college or whatever – but we don’t want to be giving them a reason to go.”