David John’s association with Indian hockey comes to an end

High performance director David John had recently extended his contract with SAI to stay on with Hockey India until September 2021.

The Sports Authority on India (SAI), on Tuesday, said that it has accepted the resignation of David John from the post of the high performance director of Hockey India.

The Australian had tendered his resignation to both Hockey India and SAI on August 18 citing health concerns due to the COVID-19 pandemic situation in India.

In his email to SAI and Hockey India, John had expressed his desire to return to Australia, the SAI said.

The timing of his resignation comes as a surprise considering David John had, very recently, signed a contract extension with SAI till September 2021.

During his first stint in India, he was credited with drastically improving the fitness levels of the Indian hockey players. He, however, left his post after a poor showing by the Indian men’s hockey team at the London 2012 Olympics.

John returned to India in 2016 after being appointed as the high performance director of Hockey India after the Olympic Games in Rio. He has, since then, played a pivotal part in the development of hockey in the country and even designed Hockey India's current coaching program.

David John had been in India since the global COVID-19 outbreak and was working from his home in New Delhi during the enforced lockdown.

SAI is yet to comment on any possible replacement for the Australian.

David John decided to resign within days of his contract being renewed by SAI   -  K. Pichumani

While Ciriello left last month with his wife Heide due to visa issues, it is now learnt he has sought medical advice for a serious health condition that will delay his return.

In fact, he is expected to consult doctors back home about the possible course of treatment and will only then decide on rejoining the Indian team. His visa issues, though, have been worked out.

In case the prognosis forces him to remain in Australia, Hockey India will be forced to seek a replacement, racing against time with less than a year left for the Tokyo Olympics. The former World Cup winner and Olympic bronze medallist has been with the Indian team since 2018 and was an important link between players and coach Graham Reid.

Meanwhile, the Sports Authority of India on Tuesday confirmed it had accepted John’s resignation. John had resigned on August 18 and while Hockey India had accepted the resignation immediately, a final decision had to be taken by SAI who employed him.

“The Sports Authority of India has accepted the resignation of David John, who was employed as High Performance Director at Hockey India. John resigned on August 18, 2020, with immediate effect, through an email to Sports Authority of India and Hockey India. He resigned citing concern for his personal health in the current Covid-19 situation in India, and has expressed his desire to go back to Australia. John had a contract with SAI till September 2021,” SAI said in a statement.

John, among the highest-paid foreign experts in Indian sports, has remained incommunicado since then amidst speculation on reasons for his quitting. Hockey India said it would be actively looking for a replacement once SAI gives the go-ahead. 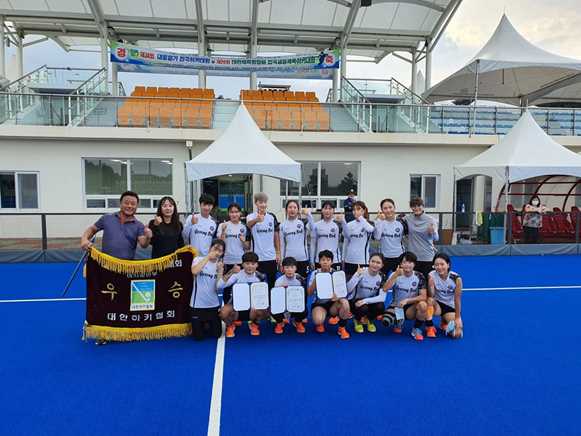 The Korea Hockey Association is working with schools and universities to discover the next generation of national hockey stars.

With the aim of promoting hockey at the grass-roots level and to create a strong base of young, talented athletes, the Korea Hockey Association recently held a school and university level tournament. Young athletes were encouraged to take part in the tournament, with the aim of talent spotting and then training them as future national team players. The national governing body also viewed the tournament as a means of promoting the sport and expanding the pool of hockey players across the country.

Presently the women’s national team is ranked 12th in the FIH World Rankings, while the men are ranked 16th. Neither side qualified for the Olympic Games Tokyo 2020: for the women, this is the first time they haven’t appeared at an Olympic Games since 1984. For the men’s team, this is the second consecutive Olympic Games where they haven’t qualified. Starting with initiatives like this tournament, the Korea Hockey Association hopes to address the slide in performance at the very highest level by nurturing hockey talent among the youth and grass roots level of the sport.

If the tournament, known as the 34th President Cup National Hockey Tournament, is anything to go by, there is plenty of enthusiasm and excitement surrounding hockey in Korea. More than 50 participating teams took part in the Middle School, High School and University categories. The tournament was held for seven days throughout August in Donghae city, Gangwon Province.

The global pandemic continued to exert its impact, with this tournament being played behind closed doors to help restrict the spread of the virus. Access to the stadium was limited to athletes, leaders and officials.

In order to prevent COVID-19, it was safely completed in compliance with hygiene regulations, such as checking temperature, using hand sanitisers and making it mandatory to wear masks and keep distance from the stadium.

The Korea Hockey Association plans to organise many youth and school level tournaments and activities in the future to develop future stars in Korea Hockey and to enable a smooth change from youth/junior level to senior national level athletes.

ISLAMABAD - Pakistan Hockey Federation (PHF) has written a letter to the Ministry of Inter Provincial Coordination (IPC) to seek its advice on resuming hockey activities in the country.

The federation’s secretary Asif Bajwa last month had announced to hold Hockey’s League by the end of ongoing month and the first round of national tray championship in September-October.

“Yes, we have announced to hold these events, but we can’t hold these in present circumstances. The month of Moharram has also started and it is not appropriate to hold any event right now,” Bajwa said on Tuesday. “We will only be able to resume activities if the government allows us to do so. We have written a letter to the IPC Secretary to seek guidance and will only be able to hold these events when we get a go ahead signal,” he added.

According to Bajwa, the federation gives utmost priority to the players’ safety and there would be no compromise on that.

“We have talked to national head coach Khawaja Junaid and junior team coach Danish Kaleem on resumption of hockey activities. The players are also eager to be back to action, but their safety is our collective responsibility.”

England Hockey are pleased to confirm the appointment of Kuldeep Kaur as our Finance & Administration Director. Kuldeep joins us from the RFU where she held the position of Head of Financial Decision Support & Strategy, responsible for working with the Exec and senior leadership team to provide financial insight and governance for the RFU group to the Board and Audit Committee.

A qualified CIMA accountant, Kuldeep brings a wealth of experience gained during her 9 years working in sport and is well versed in the financial operations of an NGB and its statutory obligations. During this time she has been responsible for a number of strategic projects, including the implementation of systems and processes across business operations areas such as HR, IT, Legal and Governance and Stadium.

Kuldeep is also a coach and mentor for senior leaders within the RFU as well as being a board trustee for a Charity offering careers counselling to vulnerable young people.

Kuldeep said, "I am thrilled to take on this key role with England Hockey at a critical time. I look forward to meeting everyone in person as we emerge after these unprecedented times and return to play."

Nick Pink, "I am delighted to welcome Kuldeep to England Hockey; she made a significant impression in the interview process. Kuldeep joins at an exciting time for the organisation, and I am really pleased to welcome her to the Executive team and to our board, where I am confident she will make a positive contribution.

“At the same time, I would like to add my personal thanks to Ian Wilson, who formally steps down and retires as Finance and Administration Director at the end of August. As many know, Ian has had a tough few months as he battled his cancer diagnosis and treatment. He has remained determined and steadfast throughout these tough few months and I would like to personally thank Ian for the considerable contribution that he has made in his time with England Hockey, and for the years of hard work and dedicated service. Ian continues his recovery and has agreed to stay on in a part time consultancy role to support our ongoing Governance activities.”

Kuldeep’s first day will be Monday 12th October and we look forward to welcoming her to England Hockey. 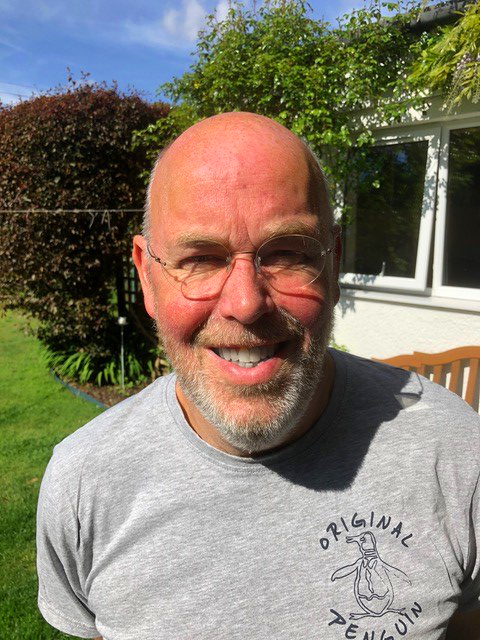 Scottish Hockey has announced that Martin Shepherdson has joined its board and is due to be ratified at the upcoming AGM, held online on Thursday 3 September at 6:30pm.

Martin is a member of Grange Hockey Club and in his over 35 year association with the club he has held many roles from player; club captain; club secretary and hockey representative to the club board. Martin is also currently on the Management Committee and Premiership Management Group of Scottish Hockey.

Currently Martin is the Honorary President of the club’s men’s hockey section, a position he has held for 15 years; is head of the juniors section; and is the 1st XI manager, which includes 6 different EHL or EuroHockey tournaments.

He is also Vice-Chairman of the Grange Club, which encompasses hockey, cricket, squash and tennis.

In his career Martin worked in the oil industry for over 30 years, initially with Shell and latterly with Wood Mackenzie – an Edinburgh based research and consulting group.

In his time as a management consultant he was involved with organisations of all sizes helping them with business decisions, from board rooms to operational teams.

Martin was Operations Manager in the consulting group, which meant running a team of consultants and providing the link with an external legal team.

Now retired, much of Martin’s energy is devoted to hockey – and an occasional round of golf.

Martin said, “I am honoured to be joining the Scottish Hockey Board. As someone who has interest in hockey from the elite level through participation to development, I hope to use my hockey and professional experience to help the board develop Scottish Hockey and serve all our members.”