2018 was expected to be a big year for Indian men’s hockey team. A year, when the Indian team fulfilled their potential, a year when India would finally announce itself to the world after winning a big tournament for the fans, but it once again turned out to be a year when Indian team faltered and failed to deliver.

In a year when the team was supposed to build upon the bronze medal win of Hockey World League, the team management chose to step back by sending an experimental side for Sultan Azlan Shah trophy and sending out of favor Sardar Singh as a captain of the side. As expected, the team failed to produce any result, finishing 5th among 6 teams that participated and Sardar Singh was made a scapegoat and was axed from the team.

India’s record in Commonwealth Games has been nothing to be proud of but the team did win silver medals in last two editions of the tournament. Due to a strong ending to 2017, the Indian team was among the favorites for the tournament and challenge Australia for the Gold but the team failed to win any medal and finished fourth behind Australia, New Zealand, and England. India’s performance in the tournament was so dire that even die-hard hockey fans switched off the TV set to avoid the pain. Failure to win a medal led to sacking (read: swapping) of coach Sjoerd Marijne and coach of women team Harendra Singh was made the new coach of Indian men team.

A Glimmer of Hope 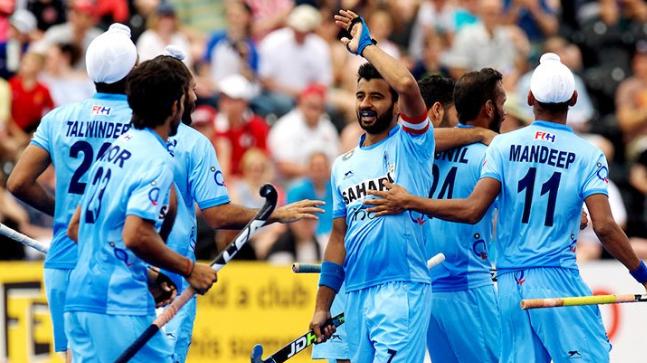 The divide and rule attitude of Sjoerd Marijne had made the team’s atmosphere so toxic that Narinder Batra had to intervene and mend the relationship of two senior players of the side. Harendra Singh’s first task was to get the broken team together before executing his plans with very little time at hand. He brought back Sardar Singh and Ramandeep Singh (before he got injured) for his first assignment as Champions Trophy and he delivered by helping India win the silver medal in the last edition of Champions Trophy.

With an eye on the World Cup in December, India began its Asian Games campaign in style thrashing teams left right and center but tragedy stuck soon as India failed to deliver in semi-finals and losing to Malaysia in shootouts. India did manage to win a bronze medal after beating Pakistan but the failure to win the gold medal was once again blamed on Sardar Singh with High-Performance Director David John saying on record that the career of Sardar Singh has ended. The federation’s attitude towards Sardar Singh was so bad that he could not take any more and finally announced his retirement from the game. His retirement led a deep gap in Indian midfield that no current player could fulfil.

Drawing Blank in the World Cup

Playing the World Cup at home against the capacity crowd cheering for Indian team was the best morale booster that Indian team got. But the team squandered the opportunity and failed to proceed beyond quarterfinals. The forward line failed to score, and lack of experience in midfield meant that Indian team failed to hurt the opposition.

Failure in all the big three tournaments after setting up huge expectations meant 2018 as another year that the team, the management, and the federation letting the team down.

It was touted as the year which could herald a change in the fortunes of Indian hockey, but 2018 turned out to be yet another saga of missed opportunities for the sport.

Much was expected from the three big ticket events — the Commonwealth Games, Asian Games and the World Cup — but rather than living upto expectations, 2018 turned out to be a year of 'what-could-have-been' for the eight-time Olympic champions.

At the start of the year, India were expected to defend their Asian Games title and directly qualify for the 2020 Tokyo Olympics. They were also expected to make the semifinals at the World Cup in Bhubaneswar, but all those hopes never turned into reality.

In world rankings, India started the year at number six and ended at fifth, summing up an unaccomplished 2018.

The only constant in Indian hockey in the year was frequent "chopping and changing" — from player to coach — after every debacle.

In the 27th Sultan Azlan Shah Cup veteran Sardar Singh returned to lead the side but India had a disappointing outing there, managing only a win and a draw to finish a dismal fifth.

And then the side loss to England in the bronze medal match at the Gold Coast Commonwealth Games in April.

However in the final edition of the Champions Trophy in Breda, India recorded its best result of the year, finishing second after losing to Australia in the shoot-out.

India went into the Asiad as favourites to retain the gold medal but it was not to be as the defending champions lost to Malaysia in a shoot-out in the semifinal, eventually returning with a consolation Bronze.

In the ACT, India shared the honours with Pakistan after the final was washed out.

But change remained the only constant for Indian hockey, and this time Harendra decided to make wholesome changes in the WC squad, putting his faith on World Cup-winning junior players in place of experienced campaigners like Rupinder Pal Singh and SV Sunil among others.

In the WC,  the young brigade was expected to rewrite history after 43 years but that was not to be as after an impressive pool campaign, during which they drew 2-2 with Belgium, the home team lost 1-2 to Netherlands to crash out in the quarterfinals. Nonetheless, the Indians did impress and finished sixth in the WC, their best finish in the mega-event after securing the fifth spot in the 1994 edition in Sydney.

Hockey Stadium to close on Feb 11

KUALA LUMPUR: The National Hockey Stadium in Bukit Jalil will be closed for repairs on Feb 11.

It is learnt that the repairs of the two pitches at the venue will take about six weeks to complete. The turfs, that were laid just over a year ago, are still under the warranty of the contractor.

The repair works will be completed before the Hockey Series Finals on April 26-May 4.

Pitch One and Two are in a deplorable state but the former is still playable. The opening matches of the P. Alagendra Cup, which starts on Thursday, were moved from Pitch One to Two.

MHC made the decision to move the matches following an inspection recently.