KUALA LUMPUR: The Bangladesh team are using Malaysia as the base for their final phase of training in preparation for next month’s Asia Cup hockey tournament in Dhaka.

They will play four friendlies here as part of their preparations, beginning with a match against the National Juniors today.

The National Juniors are preparing for the Sultan of Johor Cup, which will be held in Johor Baru next month.

Bangladesh will play a second match against the juniors before facing the national senior team on Saturday and Sunday.

The natoinal senior team are also preparing for the Asia Cup, which will be held from Oct 11-22.

All the matches will be held at the National Hockey Stadium in Bukit Jalil.

Malaysia have 28 players in their training squad and the final 18 are expected to be named after the two friendlies against Bangladesh.

National coach Stephen van Hui­zen (pic) said he already knows the core of the team, but “I’d like to take a look at the fringe players before making a final decision”.

Stephen recently called up five young players from the development squad to join the seniors in training.

He was happy to play the two friendlies against Bangladesh as “they will give us some quality practice matches”.

In Dhaka, host Bangladesh are in Group A with India, Pakistan and Japan. Malaysia are in Group B with South Korea, China and Oman.

The Asia Cup will also serve as a qualifier for the 2018 World Cup Finals. India, Malaysia and Pakistan have already qualified for the Finals.

South Korea, Japan and China have yet to make the cut and they will be eyeing the Asia Cup title to seal a ticket to the World Cup Finals.

McCaw on ‘indefinite break’ from hockey

Former Vantage Black Sticks midfielder Gemma McCaw has confirmed an ‘indefinite break’ from international hockey to focus on her career.

McCaw, who is the third most capped women’s player with 246 tests, has not played for New Zealand since the Rio Olympic Games after taking time away from the National Squad.

“I’ve really enjoyed the last eight years and have loved playing for New Zealand but I have no plans to attempt a return to international hockey,” McCaw said.

“I would like to take this opportunity to thank my family, friends, my past teams and management, sponsors and everyone in the hockey community who has supported me.

“I’m grateful for all the opportunities I have had and the people I have met along the way. I now look forward to focusing on my career.”

Vantage Black Sticks head coach Mark Hager wished McCaw all the best for her future endeavours and said the door was never shut if she decided to work on a return.

“Gemma is a very talented athlete and has been an important part of our team over a span of eight years, and has been a big factor in helping us improve on the world stage to where we are now.

“To have played so many games for her country certainly puts her among a select few of fantastic players. I thank her for her huge contributions to the team and the sport of hockey as a whole and wish her good luck as she shifts focus onto her career,” he said.

The AHL brings together all eight state and territories, along with development teams from India and New Zealand.

The Under-13’s Carnival brings together all states and territories, with New South Wales, Victoria, Queensland and Western Australia fielding two sides in each of the gender divisions.

Hockey Australia Chief Executive Matt Favier said: “This year’s AHL and Under-13 Carnival will see 44 teams compete, with 206 games played in four different divisions of both genders, running across 11 days.

“The Under-13 Carnival gives budding young hockey athletes an opportunity to witness first hand their heroes, with the AHL bringing together the best of the best around Australia.”

Victoria are the reigning champions in the men’s division, while Queensland won last year’s women’s title.

Captains from sides across the country got together on Wednesday for a captain’s call at South Perth Foreshore.

This year's AHL finals will be streamed via Hockey Australia's social media channels on Saturday-Sunday 7-8 October. You can follow the remainder of the tournament via the Hockey Australia website or https://hockeyaustralia.altiusrt.com/.

Chris Gregg in action for Wimbledon versus Hampstead and Westminster. Credit Simon Parker

London rivals Wimbledon and Hampstead and Westminster are preparing to do battle at Kings College Sports Ground in the Men’s Hockey League Premier Division on Sunday.

The two sides faced each other three times last season, twice in the league and once in the League Finals weekend, with Wimbledon winning twice and Hampstead and Westminster holding them to a draw on the other occasion.

“Games against Hampstead are always tough, and this will be no exception,” said Wimbledon’s Director of Hockey Ben Marsden. “Kwan Browne has done a good job, recruited well and got them very well organised.

“We will be looking to improve on last week’s performance against Beeston, it was a bit slow and nervy from both sides, but we think they are easy issues to fix.”

Wimbledon have been strengthened with Ed Horler and Jonty Griffiths joining from Loughborough over the summer, as well as Ali Brogdon from Rotterdam and Iain Lewers from Holcombe.

But Michael Hoare is out for another 6-8 weeks following surgery, and Phil Roper missed the Beeston game following a foot injury in training and is a doubt for the Hampstead clash.

Elsewhere, last season’s champions Surbiton – who beat Wimbledon in the Final back in April – have a home game against top flight newcomers Sevenoaks on Saturday evening.

Holcombe entertain Beeston on Sunday in their first league match of the season following the postponement of their opener at East Grinstead last weekend.

Similarly, East Grinstead make a delayed start to their league campaign with a trip to Brooklands Manchester University. And in the Premier Division’s other match-up, Reading are hosting Canterbury on Sunday.

Newcomers the University of Nottingham made a great start to life in the Men’s Conference North when they won 4-2 at Preston last weekend, and they will want to keep that form going this weekend when they play Deeside Ramblers at home. Elsewhere, last season’s champions the University of Durham head to Sheffield Hallam.

In the Men’s Conference East Southgate head to Oxted as they bid to continue their great start to the season, having won 6-1 at home against Old Georgians last Saturday.

And in the Conference West, Team Bath Buccaneers and Olton and West Warwicks both won 4-2 on the opening day of the season last weekend. They face each other this Sunday.

Pakistan Hockey Federation has announced 48 probables for the national camp for the Women's Asian Challenge 2017 to be held at Bandar Seri Bagawan, Brunei from October 22-29.

The following players have been asked to report at the National Hockey Stadium, Lahore on October 2nd.

Trials for the final selection of the team will be held on three days from October 7-9. 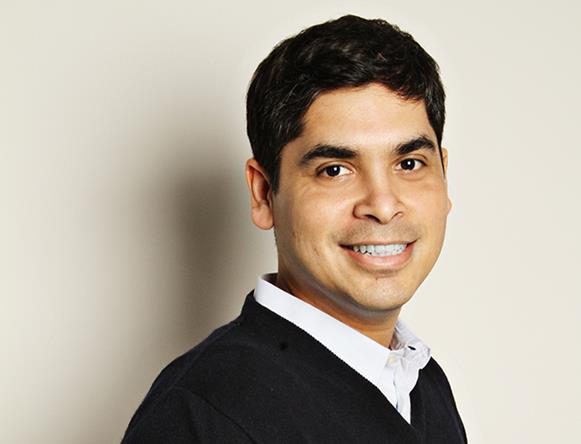 The International Hockey Federation (FIH) has announced the appointment of Ricky Thussu as Global Head of Sales.

Ricky will take up his newly created position in the FIH Headquarters in Lausanne, Switzerland in October 2017.

Born in Delhi, India, Ricky is relocating from Manchester, England to take up the position of Global Head of Sales where he will be responsible for increasing investment in the sport, predominantly through key FIH events.

Ricky is leaving his role as Director of Business Development for Europe, the Middle-East, Africa and South Asia for sports data company Sportradar. His experience extends much beyond sport and sponsorship however.

With a Bachelor’s degree in English Literature as well as an MBA in Brand Management, he spent three years with the Merchant Navy before beginning his commercial career as an Account Manager for Cheil, the advertising agency for Samsung Electronics.

His career continued in India, taking on the role of Marketing Manager at electronics giants Fujitsu then IBM before relocating to England in 2009 to join one of the world's biggest football clubs - Manchester United. He worked there for three years as Associate Relationship Director where his responsibilities included account and strategy management, monetising mobile content and renewal and up-sell for the club’s partners.

From this challenge Ricky launched his own company, SportRicks UK, which focuses on sponsorship sales, activations and strategy and has included clients such as Ferrari F1, Juventus, Octagon and Manchester City FC.

Speaking about Ricky’s appointment, FIH CEO Jason McCracken said: "To recruit someone of Ricky’s experience is a hugely significant appointment for the FIH. His market knowledge plus strong relationships with global brands will undoubtedly help us drive the commercial value of our sport as we move towards an important period for hockey. With some massive events coming up including the Hockey World Cups, Champions Trophies and Hockey Pro League, he will be of great value to the Leadership Team here at FIH.”

Joining Ricky in Switzerland in October is former Vice-President of the DHB (German Hockey Federation) Delf Ness who was confirmed as FIH’s new Marketing and Communications Director earlier this month.

FIH is also recruiting for a number of other positions. To see all vacancies, visit FIH.ch.