The final day of Pool action got underway with New Zealand’s women cruising to victory over South Africa, before England went 4 wins from 4 for the first time in the Commonwealth Games with a comfortable win over Wales. The afternoon began with India’s men securing top spot in Pool B, with the second game of the session seeing England put up double figures against Canada. South Africa’s men pulled off a crucial win over New Zealand in the opening game of the evening, ending the Black Sticks chance of a medal. The final Pool match of the games saw Australia maintain their 100% record, setting up a semi-final against hosts England.

An opening blitz from New Zealand saw them score three times in the opening quarter that gave them a lead that would never be shaken. Ultimately the three goal difference would remain until the end and New Zealand would secure a spot in the Semi-Finals. 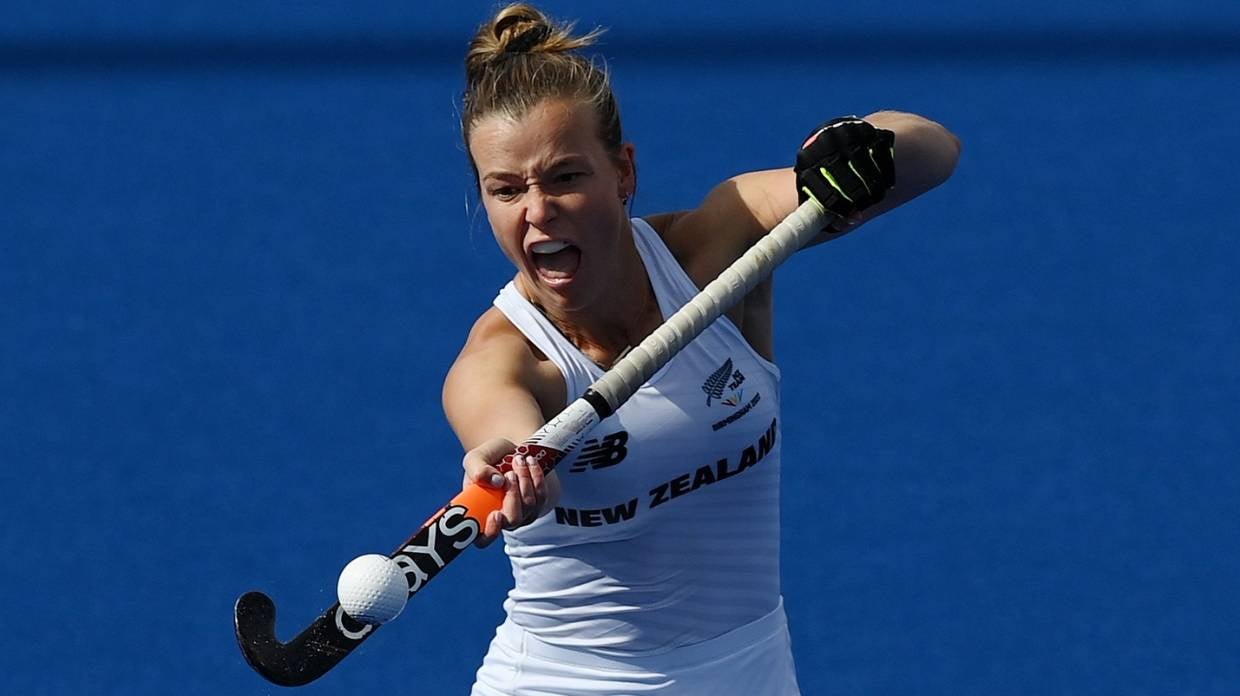 The women’s Black Sticks have gold in their sights again after clinching their place in the Commonwealth Games semifinals by trouncing South Africa 4-1 on Thursday (Friday NZ time). Five-star England eased past Wales to ensure they topped Pool A with maximum points and set-up a Commonwealth Games semi-final with New Zealand.

Solid Performance From Wales Women In Home-Nation Battle With England

In their final pool match of the Commonwealth Games, Wales women fought hard against a strong England side but ultimately lost 0-5 to the hosts. 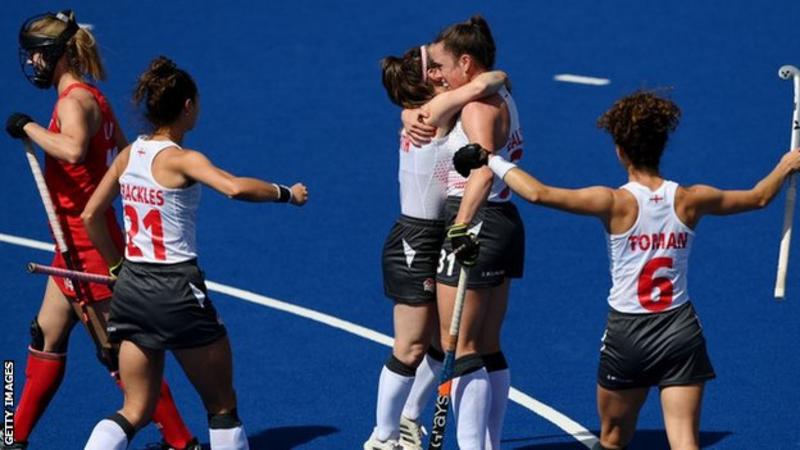 England finished the pool stages with a perfect winning record

Ranked fifth in the world, India was always going to be a tough challenge for Wales men as they battled it our for a spot in the Commonwealth Games semi-final. 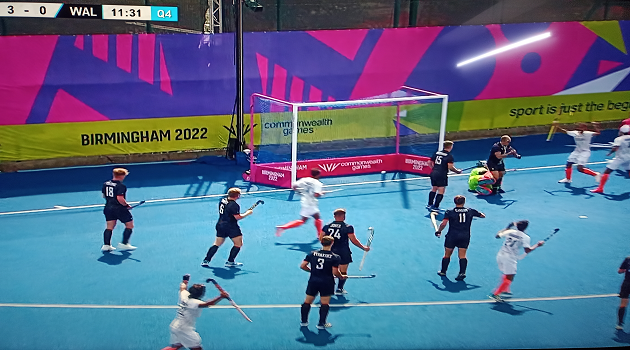 The flair of the Indian men’s hockey team have been a visual treat for all and sundry. The blazing hockey we have come to see from the Blueshirts in the 2022 Commonwealth Games (barring the final quarter of the England game) was at play against Wales as well. The only noticeable difference was that Wales crowded their defence and kept India at bay for the first quarter only. The barrage of raids from India made one understand that it was only a matter of time before the Welsh defence cracked. India appeared extra pumped up after Lewis Prosser’s ugly tackle on skipper Manpreet Singh inexplicably saw the umpire did show the temporary marching orders to the Canadian. India channelised their dismay in the best possible direction – attacking more and it paid off when Harmanpreet Singh struck twice in two minutes of shorties – on both occasions wrong-footing Wales goalkeeper Toby Reynolds-Cotterhill. India men’s hockey team defeated Wales 4-1 on Thursday and qualified for the semifinals of the Commonwealth Games 2022.

Indians had the better share of possession in the first two quarters, but Wales gave a tough fight to their fancied opponents, especially in the first 15 minutes 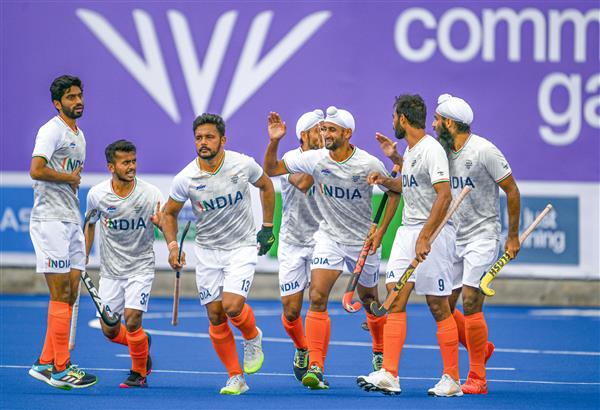 Indian hockey players celebrate after scoring a goal against Wales during the Pool B men's field hockey match of the Commonwealth Games, at the University of Birmingham Hockey and Squash Centre in Birmingham, UK, on Thursday, August 4, 2022. PTI

Vice-captain Harmanpreet Singh slammed a hat-trick as the Indian men’s hockey team beat Wales 4-1 in its final Pool B match to qualify for the semifinals of the Commonwealth Games here on Thursday.

‘We’re getting closer’: Wales think positive after falling to India 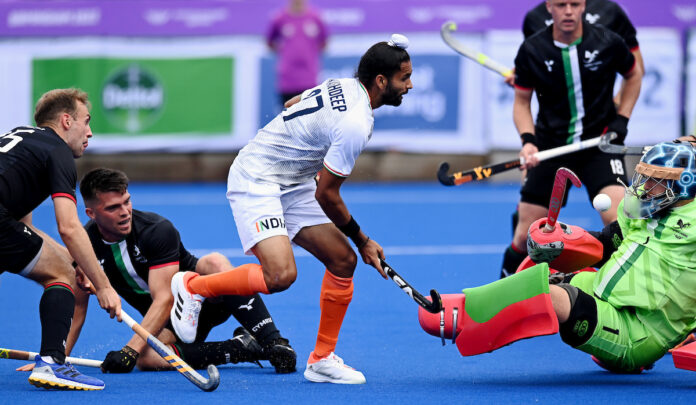 Birmingham — A third straight win at a Commonwealth Games over Wales saw India into the hockey semi-finals of the men’s event. For Wales, a classification to finish fifth. How they will want to finish here on a high. 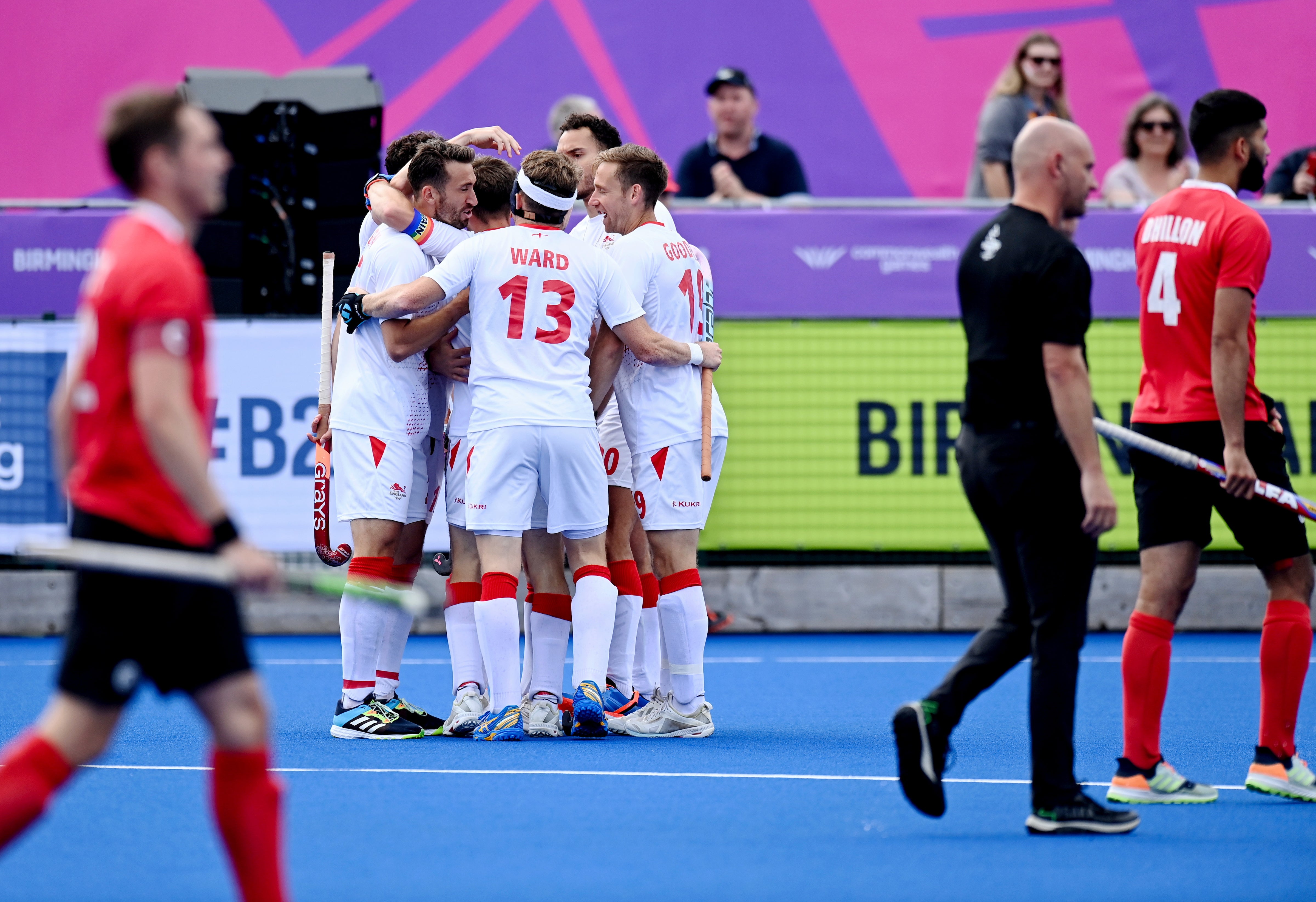 England finished Pool B unbeaten after an 11-2 demolition of Canada at the Commonwealth Games.

Canada finishes fourth in their pool at Commonwealth Games

Canada’s final pool-play matchup was against the host country, England. With a win, England would secure their spot in the semifinals. Canada was fighting for a higher finishing position in their pool.

The SA Hockey Men showed class and heart in defeating New Zealand to keep the hope of a medal and a top 4 finish alive. They led 3-1, were pegged back to 3-3 before Connor Beauchamp punished the opponents with a brilliant and brutal penalty corner.

A nailbiting victory over New Zealand in their final pool game on Thursday night ensured the South African men’s hockey team booked their first semifinal place at the Commonwealth Games in 20 years. 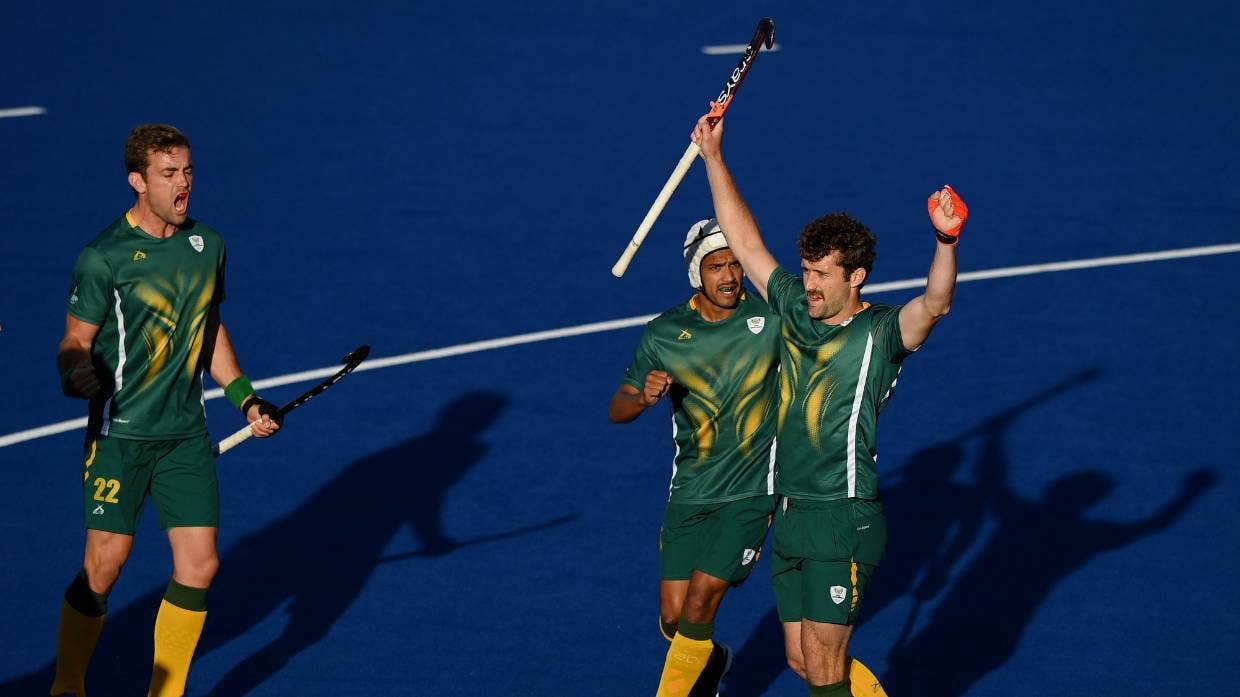 The men’s Black Sticks team have failed to make the semifinals at the Commonwealth Games, losing 4-3 to South Africa in their final pool game.

It's a huge moment for hockey in South Africa as the men's side sealed their spot in the Commonwealth Games semi-finals in Birmingham. 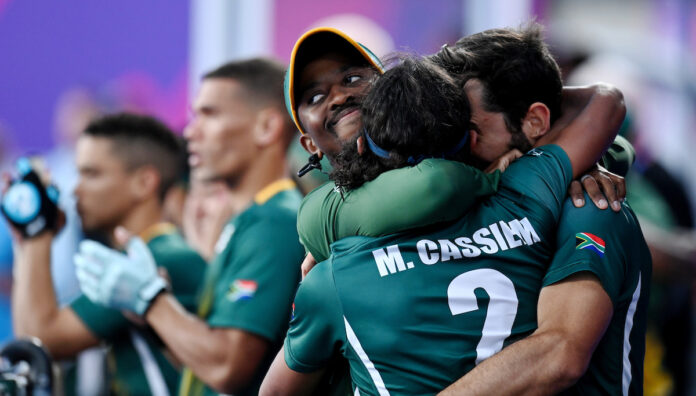 Birmingham — “Every time we play is for something bigger than ourselves,” said Mustapha Cassiem, South Africa’s 20-year-old forward, brother of Dayaan and one of a cohort of counter-attacking green shirts after advancing to a first Commonwealth Games semi-final in 20 years on Thursday night. 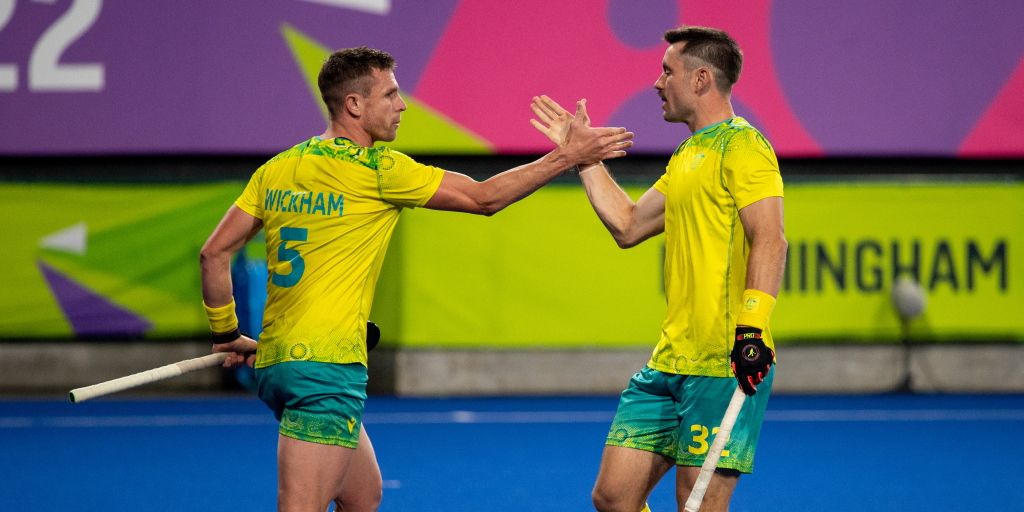 The Kookaburras have tuned up for a blockbuster semi final showdown with host national England by dispatching Pakistan 7-0 in clinical fashion at the Birmingham 2022 Commonwealth Games.

Pakistan out of medal race in hockey event 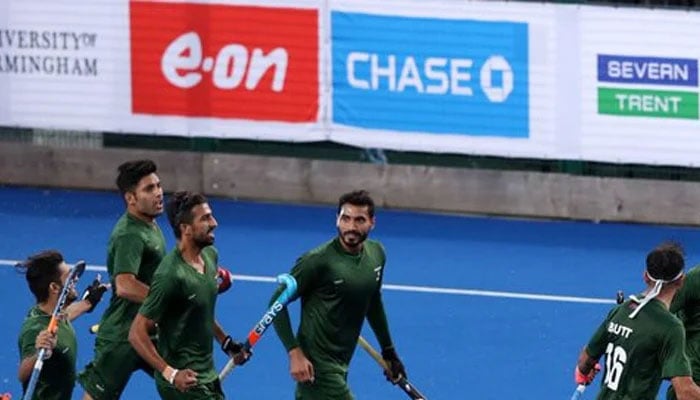 BIRMINGHAM: Pakistan are out of the medal race in the hockey competition in the Commonwealth Games 2022. The invincible Australians showed Pakistan the door in their pool-A match on Thursday.

England have learned their opponents in the Commonwealth Games semi finals. 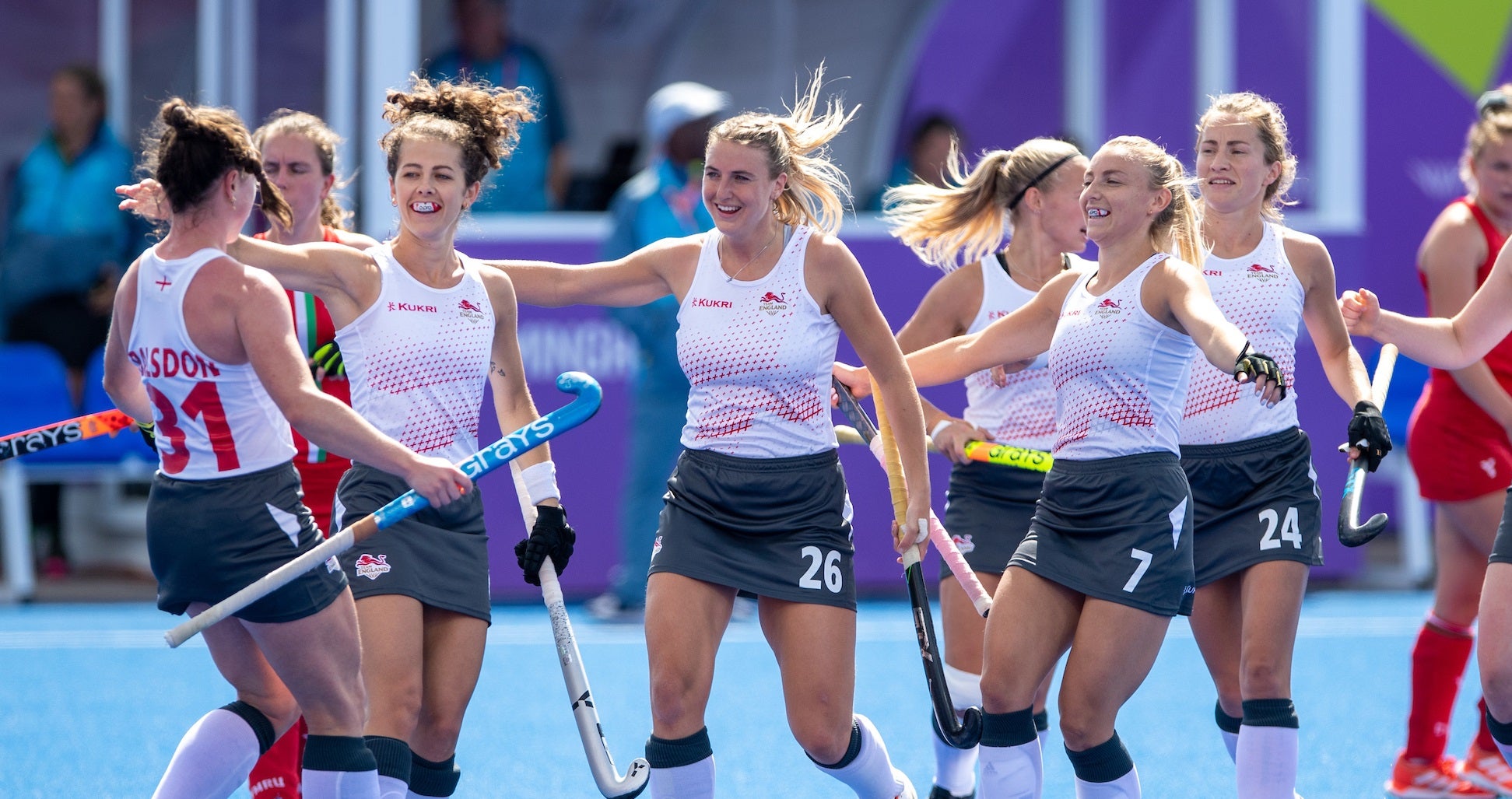 England's women topped their group after a 5-0 win over Wales in their final group game. They won all four matches; scoring 21 goals via eight different scorers. Conceding only once in four hours, they go into the final four in fine fettle. They take on a New Zealand side who they know well, having played them in the FIH Hockey Women's World Cup just a few weeks ago.

The Namibian men's hockey team will not be competing at the Afcon qualifier in Zimbabwe. File photo

NAMIBIA's women's field hockey team has been announced and will compete at the Africa Cup of Nations Southern qualifier in Zimbabwe next month, but the men's team has withdrawn due to various factors.

Best U21 hockey talent selected in Jillaroos and Burras squads 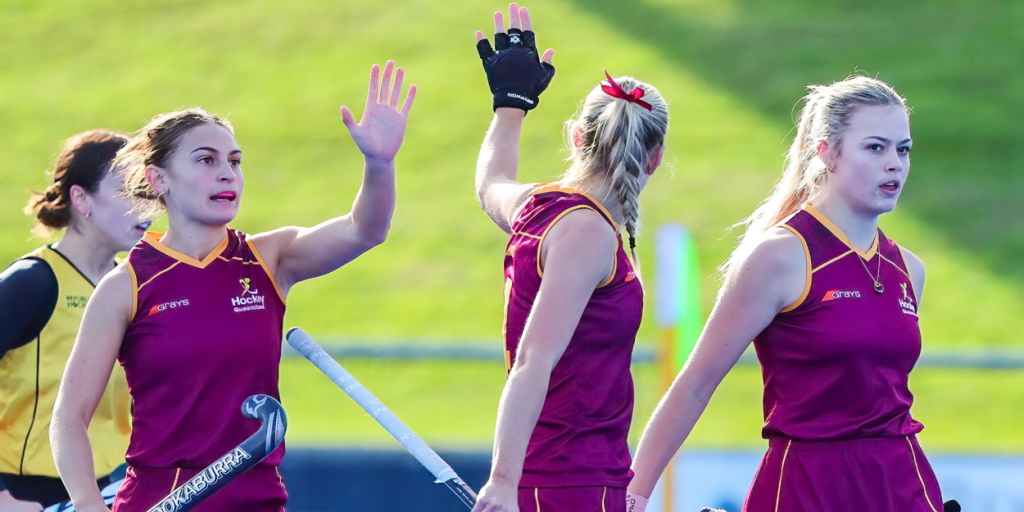 The crop of prospective Hockeyroos and Kookaburras stars have been identified following the selection of the Australian Junior (Under 21) Men’s (Burras) and Women’s (Jillaroos) squads. 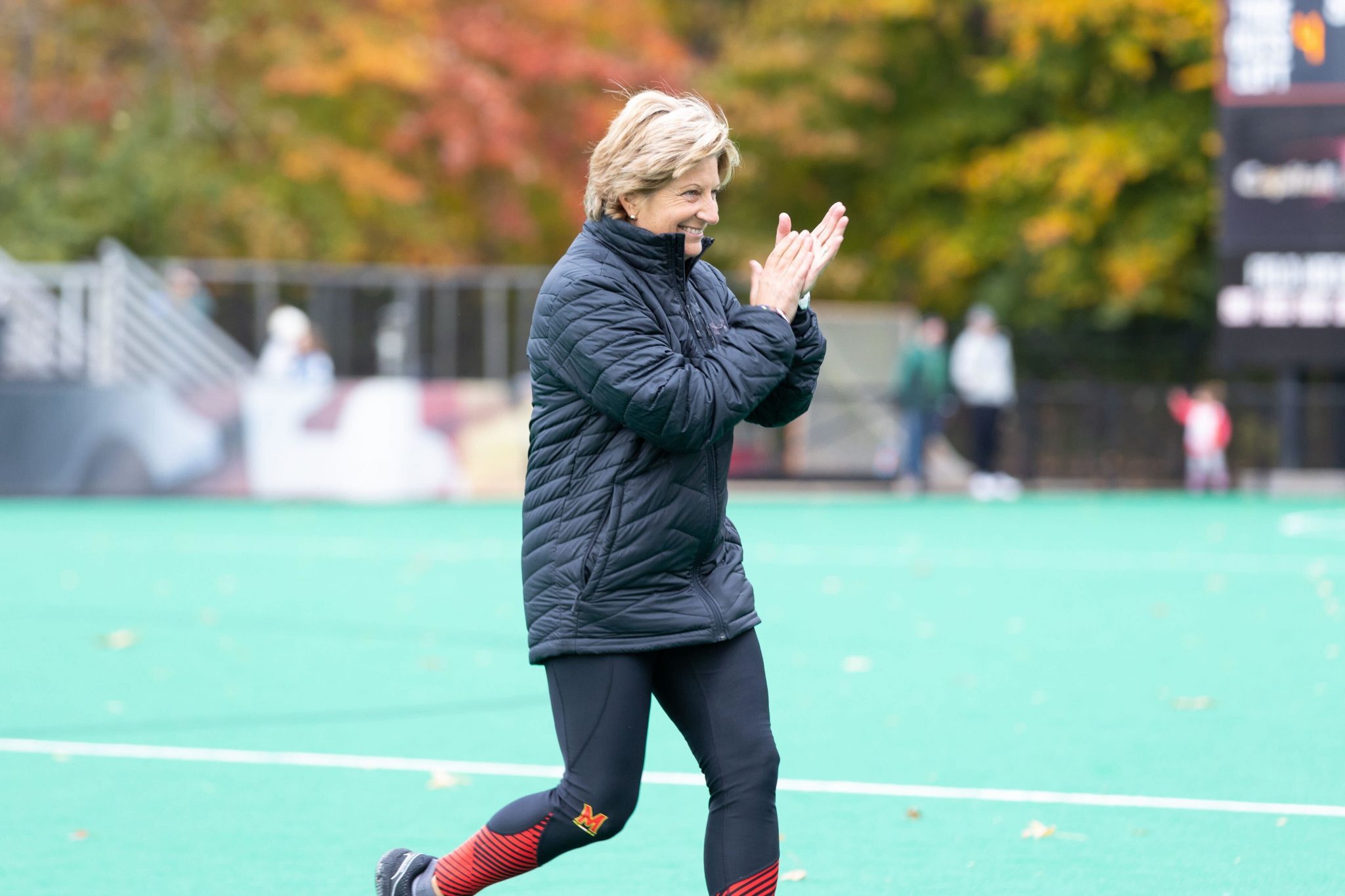 Maryland field hockey coach Missy Meharg signed a four-year contract extension that keeps her in College Park through the 2026 season, according to a team spokesperson.