Red Lions seek to end year on a high 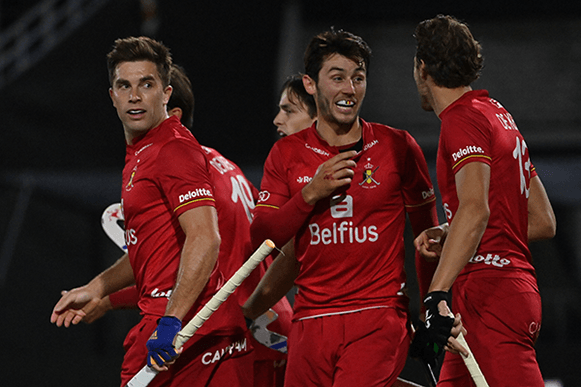 When you’ve won both the Hockey World Cup and the Olympic Games in the past three-year period, how do you keep the fire in the belly and the quest for victory burning bright? 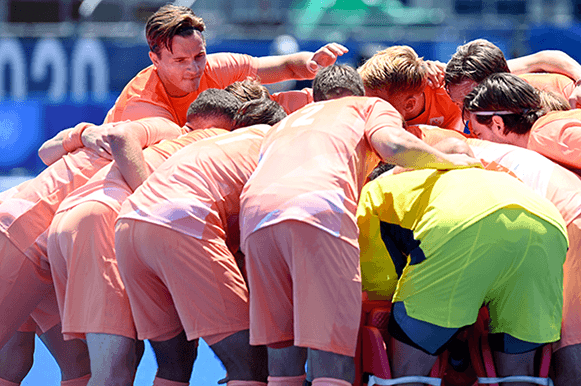 Since taking over the Netherlands men’s national team after the Olympic Games Tokyo 2020, Jeroen Delmee has been busy making changes. The Netherlands finished a disappointing sixth after losing out in the quarter-finals to Australia. Delmee is keen to put that result firmly in the past and to inject some energy and new thinking into the squad.

The Red Lions will play their last two official games of the year in the Hockey Pro League against the Netherlands on Friday (6.30 p.m.) and Sunday (2.00 p.m.). 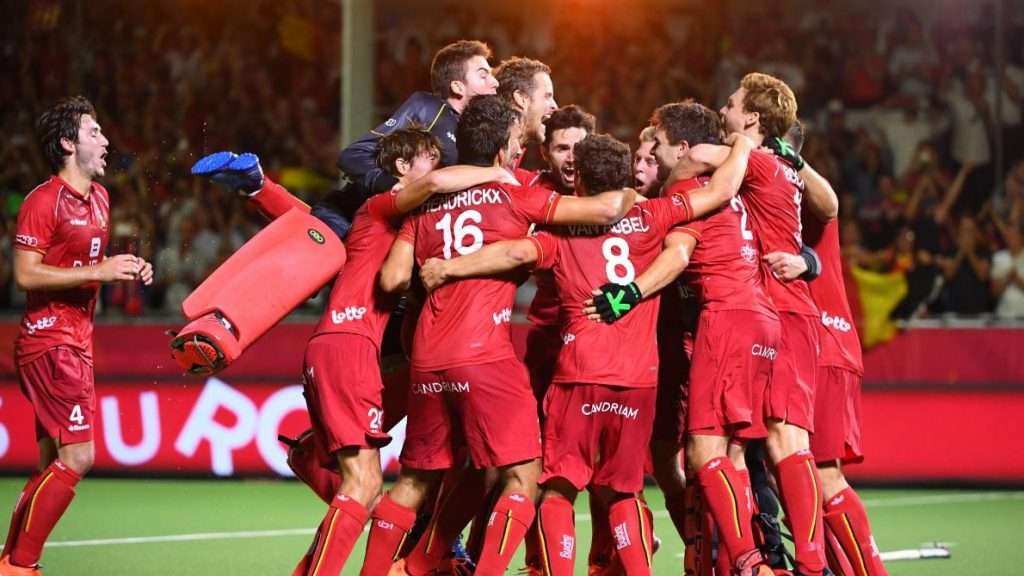 This double confrontation, relocated from Rotterdam to Amsterdam due to the new wave of coronavirus, will take place behind closed doors at the Wagener Stadion in Amstelveen and will mark the entry into competition of the Oranje under their new coach Jeroen Delmee. The Belgians, Olympic and world champions, remain on two convincing successes in front of Germany, a month ago, at the opening of the tournament in Uccle.

South Africa bounce back with superb victory over Chile

The South African U21 Hockey Men reignited their Quarter Final hopes with a brilliant clinical display of attacking hockey against Chile this morning. After a tough opening encounter with Belgium, the Africans knew it would be a tough encounter taking on the 2021 Pan American Championship winners Chile. 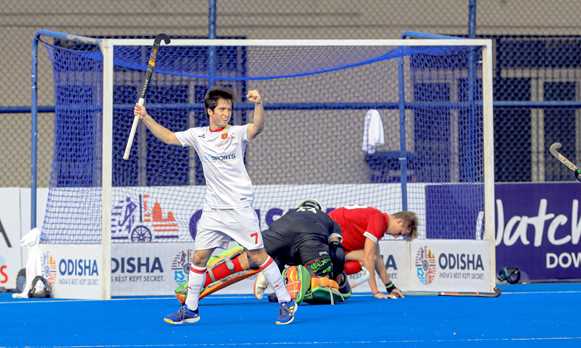 Day 2: An astonishing 70 goals were scored on the second day of action at the FIH Odisha Hockey Men’s Junior World Cup Bhubaneswar 2021, with Spain setting a new record for goals scored at the event in a single match as the European side put 17 goals past the USA. The previous record was a 13-0 victory for India against Singapore at the 1982 Junior World Cup. 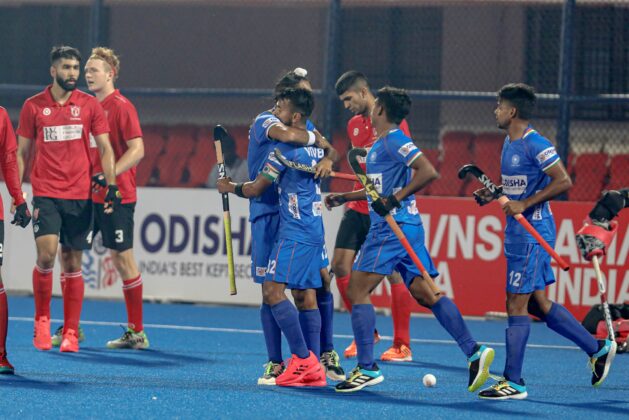 Five men’s games and 70 goals. That was day two at the Junior Hockey World Cup as the gulf in class at under-21 level was very much evident in Bhubaneswar.

India swamp Canada but aim to keep feet on the turf

Stunned by France 5-4 in their tournament opener, the Indians roared back into the tournament, scoring through three goals each through Sanjay (17th, 32nd, 59th) and Hundal (40th, 50th, 51st) 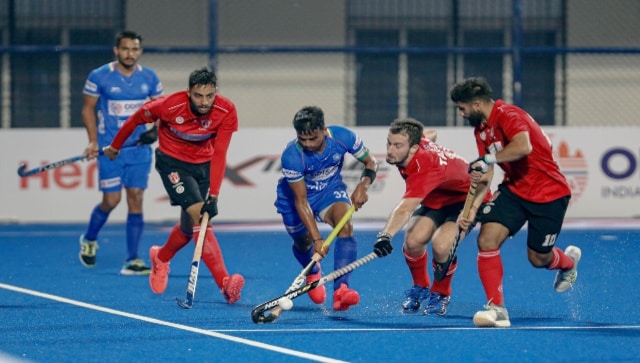 BHUBANESWAR, India – In their second pool game of the FIH Odisha Hockey Men’s Junior World Cup, taking place at the Kalinga Stadium in Bhubaneswar, India, the U.S. U-21 Men’s National Team used learnings from their previous match when they took on Korea. Although presented with a handful of scoring opportunities, it was Korea who made the most of their chances to secure the 5-1 victory.

BHUBANESWAR, India – The U.S. U-21 Men’s National Team opened up their FIH Odisha Hockey Men’s Junior World Cup journey at the Kalinga Stadium in Bhubaneswar, India with a tough loss to Spain. Facing a quick, offensive threatening team in Pool C, the Red Sticks’ experience overpowered USA on their way to a commanding 17-0 win.

After a shocking loss to France in the opener, India has to win their encounter against Poland to keep title chances alive Their campaign might be back on track following a massive win over lowly Canada, but defending champions India are still not out of the woods and would need to beat Poland in their final Pool B match to qualify for the quarterfinals of the FIH Men's Junior Hockey World Cup.

Malaysia must seize the day and beat Belgium today.

Sihle Ntuli the path-breaker: The only black coach at Junior Hockey World Cup

Only black coach at the World Cup doesn’t feel the pressure of being a flag-bearer, says South African ecosystem is becoming more diverse and is a reflection of their demographics

BHUBANESWAR:  As far as legacies go, Sihle Ntuli is on the verge of etching a chapter for himself in South Africa’s hockey history. On Wednesday, he became the first black man to be the chief coach for the country at a men’s FIH event.

Bhubaneswar, 26 November 2021: As many as eight Tokyo Olympians and return of Akashdeep Singh mark the 20-member team for the forthcoming Indian team for the Hero Asian Champions Trophy which will commence at Dhaka on 14th next month.

The squad for the tournament, which is India's first outing after the Tokyo Olympics, has plenty of new faces. 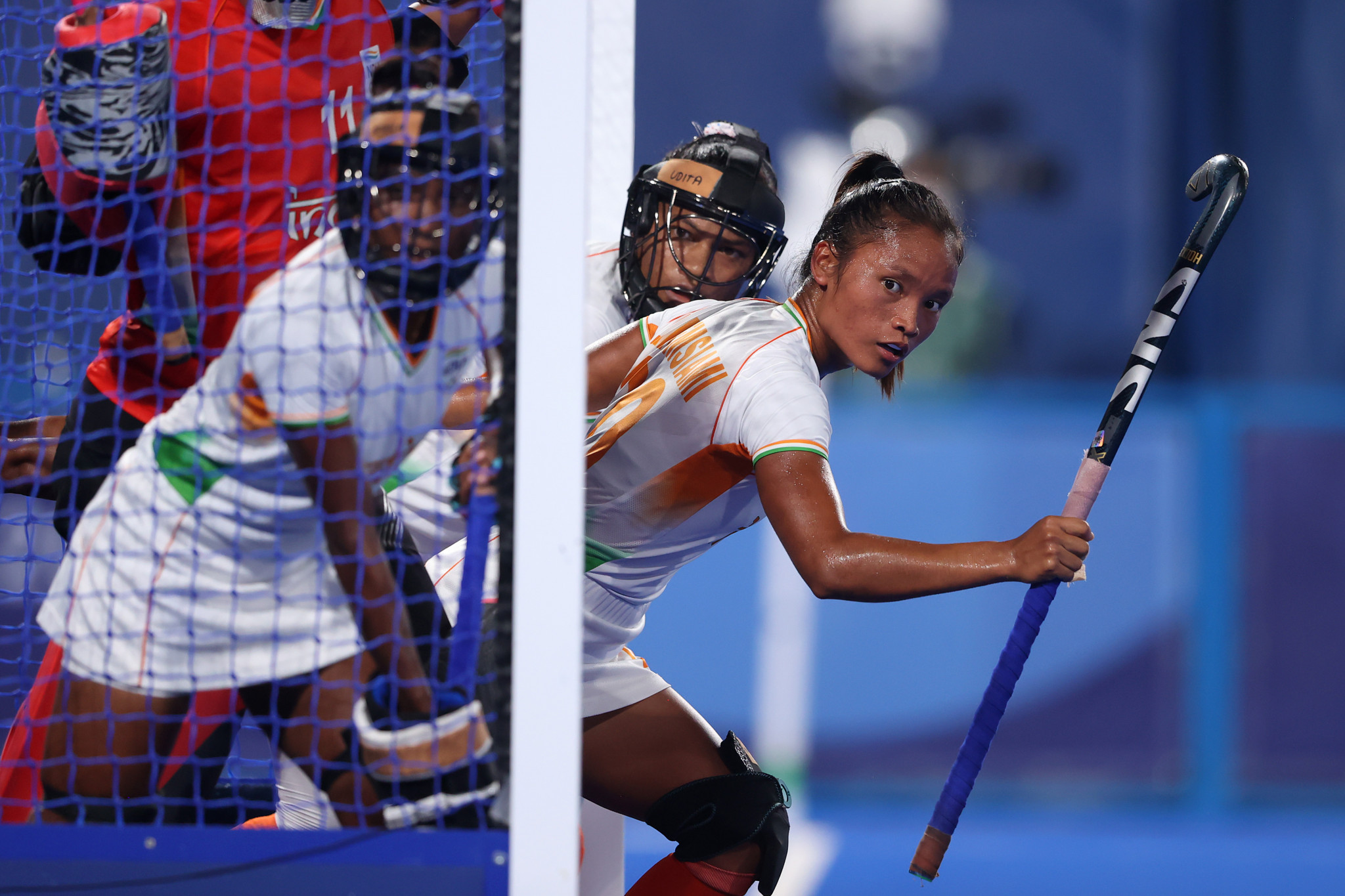 Wazalendo knocked out of Africa Cup in Ghana Kenya’s Wazalendo Hockey Club are out of the 2021 Africa Cup for Clubs Championship.

Wazalendo's hopes of progressing in the 2021 Africa Cup for Clubs Championship were extinguished on Thursday after a 1-0 loss to hosts Ghana Revenue Authority(GRA) at the Theodosia Ikoh Stadium in Accra, Ghana.

Rod Gilmour from The Hockey Paper previews what's set to be a gripping final day of action in the Men's Premier Division before the mid-season break, with three teams in with a chance of qualifying for the top six.

Rod Gilmour from The Hockey Paper previews the final week of action in the Vitality Women's Premier Division before the winter break. 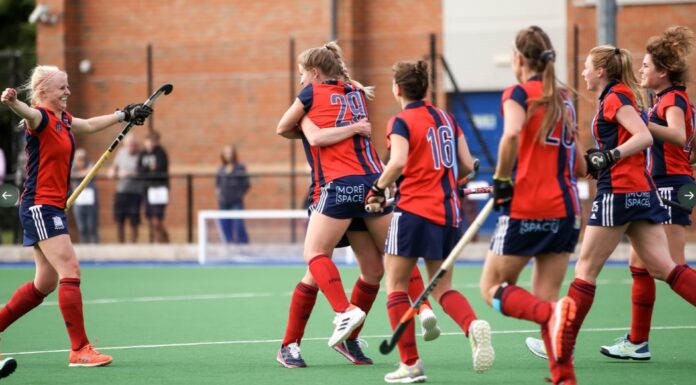 Hampstead have been in stellar form since opening win over Wimbledon PIC: Mark Clews

With the top six placings already decided in the Vitality Women’s Premier Division, Hampstead & Westminster return to top flight action looking to record a 10th straight win ahead of the winter break.

England Hockey’s GMS ‘biggest system ever’ as issues ironed out 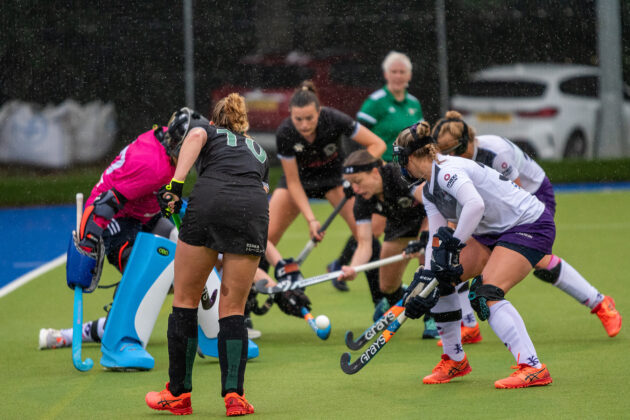 All action with the GMS according to England Hockey PIC: Graeme Wilcockson/Focus Images Ltd

England Hockey says it now has “the biggest hockey system that has existed” in the sport in England after ironing out problems which has blighted the Game Management System this season.

US National Hockey Festival: Fun in the Sun on Day 1 of the 40th Edition

Images Taken by AM Photography

TAMPA, Fla. - This Thanksgiving, USA Field Hockey is truly thankful to be back playing under the palm trees at the first day of the 2021 National Hockey Festival kicked off at the Tournament Sportsplex of Tampa Bay in Tampa, Fla. More than 140 teams competed on the first day of play, while the U.S. Women’s Masters Team showcased their skills at practice. Be sure to catch them back in action from 8:00 a.m. to 9:30 a.m tomorrow (Field 21) and Saturday (Field 19). 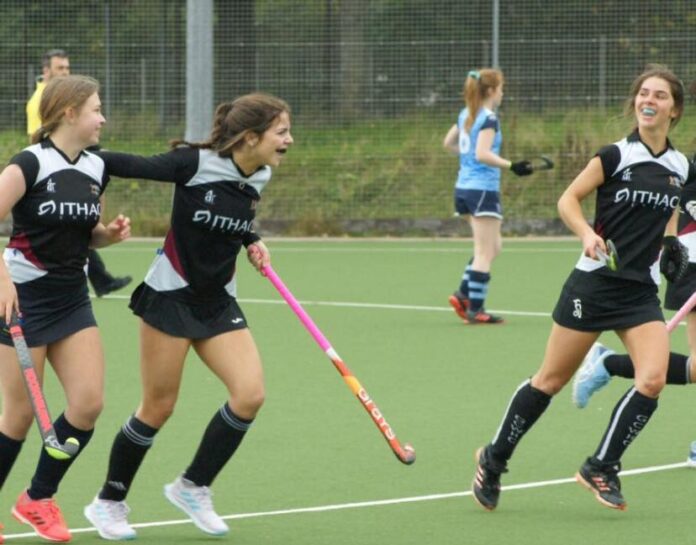 A Scottish hockey coach has been nominated for the Lifetime Achievement Award at Aberdeen’s Sports Awards next month as he aims to get more young people to take up the sport.