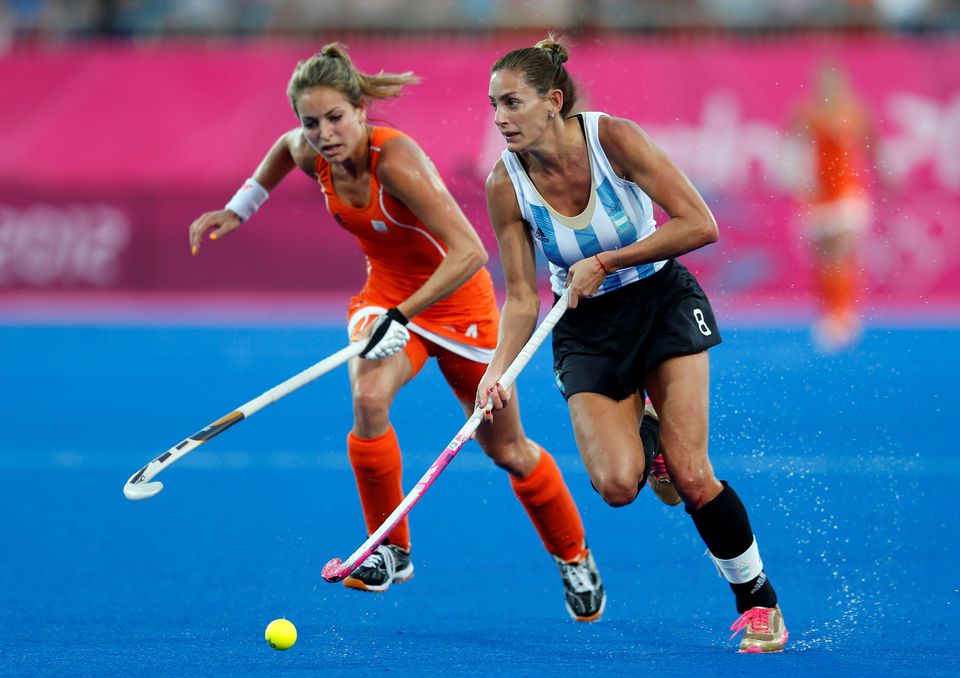 TOKYO - In a few weeks hockey players line up in Tokyo for the 24th time at the summer Olympics, knowing some fear its days as a core sport in the Games could be numbered unless they can put on a show to kickstart a revival in its waning global profile.

Frequently ranked among the world's most popular sports in part due to its large fan base in India, hockey has remained a niche game in many countries, struggling to attract the kind of global interest that sports like athletics and swimming can galvanise at the elite level.

Like many team sports, hockey has been blighted by competition disruptions in the last 18 months because of restrictions imposed to counter the coronavirus pandemic.

But supporters already breathed one big sigh of relief in 2013: hockey survived a vote that could have resulted in a recommendation from the International Olympic Committee (IOC) to exclude it from the Games.

At the 2016 Rio Olympics, hockey struggled to attract spectators. With coronavirus curbs already meaning limits on in-stadium crowds and buzz, hockey will be relying even more heavily on television broadcasts this time around to catch the attention of sports fans.

"There was a little bit of a wake-up call from the IOC ... in relation to hockey, based on attendances and figures during the Olympic games," International Hockey Federation (FIH) Chief Executive Officer Thierry Weil told Reuters in January 2019.

Frenchman Weil, who previously worked as marketing director at global soccer body FIFA, has recently been a force behind the introduction of hockey fives, a variant of the game with just five players in each team rather than the standard 11.

The compact format sees shorter matches, played on a smaller pitch, making tournaments easier and quicker to stage in countries with limited facilities.

FIH President Narinder Batra, who also heads the Indian Olympic Association, has previously said his dream was to see hockey fives at the Olympics. Rugby sevens, which is a variation of the sport's full version, made its Olympic debut in Rio.

But the Tokyo Olympics tournament follows the standard format, lasting two full weeks and both being comprised with 12 squads of 16 players each for both men's and women's medal competitions.

Much of the focus within the men's hockey world will be on how far Australia - currently the top-ranked nation in the world by the FIH - and World champions Belgium can go in Tokyo, while defending Olympic champions Argentina and European champions the Netherlands will also be in the spotlight.

Also of interest will be whether eight-time Olympic champions India can roar back to glory after last winning a gold medal at the 1980 Games: a strong performance by the South Asian nation's India men's team would enthuse the giant fan base there, making the sport too large for the IOC to ignore.

In the women's competition, nations to watch include reigning Olympic champions Britain and the world top three of the Netherlands, Argentina and Germany.

Star players and charismatic talents can light up any sport, so much will be expected of Indian men's captain Manpreet Singh, winner of the FIH's player of the year accolade in 2019, the last time it was awarded - a first for an Indian hockey player.

Meanwhile women's player of the year for 2019, the Netherlands' captain Eva de Goede, will carry the weight of fans' expectations, as the World and European champions hope to reclaim the gold medal they won in London in 2012 and Beijing in 2008 after slipping to silver in Rio. 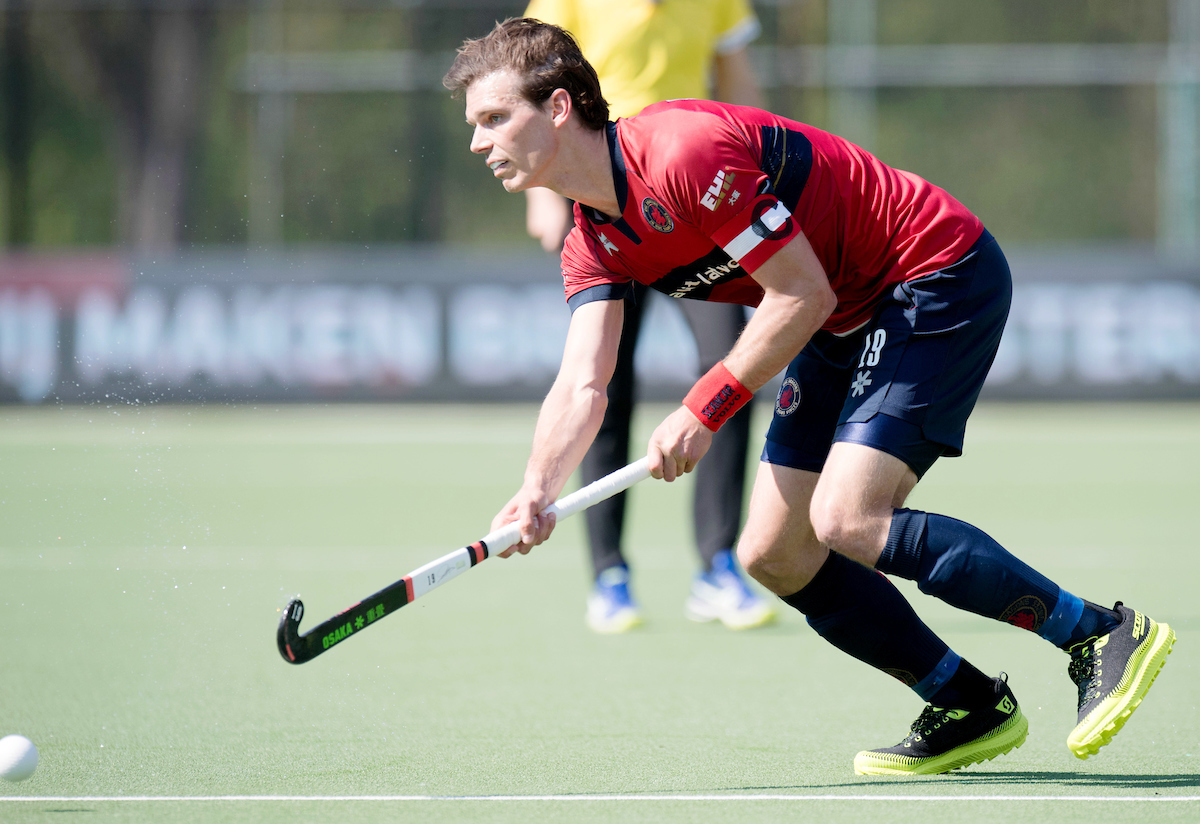 The panel is an extremely experienced one with all of the players having featured in the 2018 World Cup gold medal success.

Denayer, van Aubel and Gougnard are all named in the central panel of 16 while van Doren will be a travelling reserve with Rot-Weiss Köln’s Vincent Vanasch taking on the main goalkeeping duties.

It is a panel laden with talent, many of whom with EHL campaigns to look forward to in the coming season with Bloemendaal’s Arthur van Doren, Royal Léopold’s Tom Boon, Waterloo Ducks’ Gauthier Boccard and La Gantoise’s Antonine Kina keen to shine.

Thomas Briels will travel with the panel as a reserve but is not part of the central squad of 16 and so must bide his time if he is to appear on the field for a fourth Olympic Games.

Dhyan Chand was told to fight on the front lines, but his commanding officer ordered him to return to the Olympics team and fight his battles for India on the hockey field, says his son Ashok Kumar.

The Indian Olympic hockey team photographed on arrival at the Berlin railway station on August 10, 1936. The Indian team was accorded a Nazi reception. Dhyan Chand is in a dark overcoat.   -  The Hindu Photo Library

The 1936 Berlin Olympics were among the most controversial sporting events of all time. “I heard so much from Babuji (Dhyan Chand) and in later years came to know the significance of the game. They have a special place in history and of course our family has so much to cherish. The third consecutive gold medal in hockey,” recalled hockey great Ashok Kumar.

For Ashok Kumar, the son of the legendary Dhyan Chand and one of the stars of India’s 1975 World Cup-winning team, the 1936 Olympics assume greater significance because, as he says, his father almost missed going to the Berlin Games, which gained notoriety for Adolf Hitler using the platform to showcase Nazi power.

“I remember Babuji telling us that he was stopped from attending the Olympics camp by one of his senior officers. And my father, a strict disciplinarian, just followed his orders and reported for duty at the front. When the commanding officer spotted Babuji standing amidst the other soldiers, he asked him the reason for not being with the rest of his hockey colleagues. Babuji told him that he had been ordered to fight on the front lines, but the CO ordered him to return to the Olympics team and fight his battles for India on the hockey field,” said Ashok Kumar.

Dhyan Chand gives a fascinating account of his experience at Berlin. In his fabulous story of the 1936 Olympics, Guy Walters, in his book Berlin Games: How Hitler Stole the Olympic Dream, quotes Dhyan Chand on the experience at the Hindenburg House: “Every evening after dinner, we used to pass two hours in the house, with our sweat suits on or any other informal dress, cheering, clapping and joking. The Italians were the most noisy and none could beat them in this respect. A sight of a pretty girl dancing gracefully was always enough to rouse our Italian friends to the highest pitch of enjoyment, which sometimes appeared carried too far to our Eastern minds.”

On his first sight of Hitler, Dhyan Chand wrote: “He was clad in brown, an athletic figure, and trod the ground with a firm step. Occasionally he looked sideways, and his face was serious, but not stern.”

India’s hockey campaign was led by Dhyan Chand, and Ashok Kumar recalled, “Those were tough times for everyone. The challenge at doing the best at Berlin also came from the prevailing political atmosphere in Germany then. Of course, the Indian team was well-prepared and the focus was clearly on making it three in a row.”

Ashok Kumar also recalled his father talking of a defeat at the hands of Germany in a practice match. “The Indians could not comprehend how they could lose to Germany.”

As Ashok Kumar said, he had heard the story of the final against Germany many times. The team knew that defeat was unacceptable. “I read there were more than 40,000 spectators for the final and the German hopes were high since they had beaten India in the practice match. The 8-1 margin was overwhelming and it was Babuji’s most special moment from the hockey field. India had won their third gold and what joy it had brought to the nation.”

It was Dhyan Chand’s farewell Olympics as World War II was to force a 12-year break in sporting activities around the world.

SA Hockey thanks CTM for the Showdown

The South African Hockey Men and the South African U21 Men ramped up their preparations for their respective tournaments by taking on each other in the CTM Showdown at Northwest University in Potchefstroom. The SA Hockey Men are preparing for the Olympics in Tokyo, having suffered in preparation due to the COVID Pandemic, while the U21 Men are preparing for the African Junior World Cup Qualifier in Namibia, after it was originally postponed.

With both teams having something to prepare towards, it was a joyful moment when CTM chose to back a series between the two and the CTM Showdown was launched. The SA Men were victorious in all four games, which were live streamed on the SA Hockey Association Facebook page. Winning 4-1, 6-1, 7-3 and 4-3 in the final game.

Head coach of the SA Hockey Men was glowing in his praise of CTM.

“The CTM Showdown was a really valuable experience for us as a senior national team. Four high quality games with a great competitive spirit, and lots of talent on the field for both teams.

We really enjoyed competing against the U21s and it was encouraging to see the young prospects that will be coming through to senior level in coming years.”

While his counterpart for the week, and Assistant coach for Tokyo, Sihle Ntuli was also incredibly appreciative:

“It was a wonderfully productive week and a fantastic exercise for us. Our biggest concerns were trying to match the mental and physical intensity through the games. We are pleased we got there later on in the week after a bit of a slow start. We had to rotate a lot to give more opportunities and that impacted on our momentum. Our set piece was particularly pleasing throughout the week.

WE would like to thank CTM for the opportunity. There were a bunch of players who have taken the opportunity with both hands and would put their names in the hat for Namibia.”

Next up for the South African Men is the Tokyo Olympics starting on the 24 July with a game against Great Britain in Pool B. For the U21 Men its off to Windhoek in August for the Junior Africa Cup looking to secure a spot in India for the Junior World Cup later this year.