All the news for Thursday 4 February 2021

Captain Rani Rampal hailed the progress the Indian girls had made since 2017 citing that the team went into these matches wanting to win. 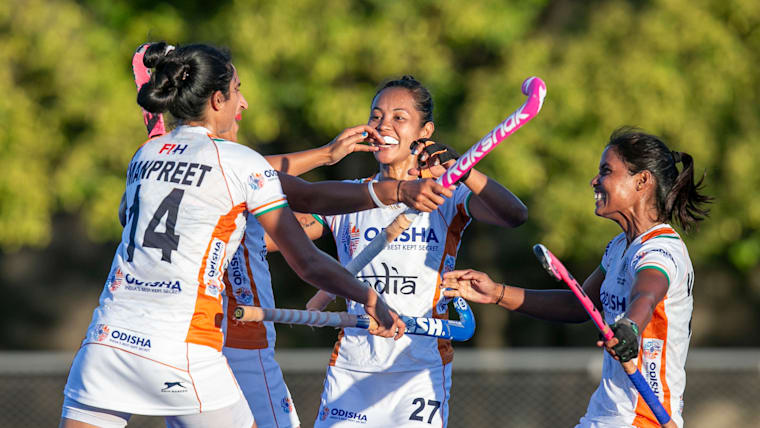 The Indian women’s hockey team may not have won a single match during its Argentina tour but coach Sjoerd Marijne believes competing against the world No. 2 Argentina helped nevertheless.

Talking to Hockey India before leaving Buenos Aires, Dutchman Marijne said that the exposure came in handy ahead of the all-important Tokyo Olympics later this year.

The tour, according to the coach, was also helpful in allowing young players to gain international exposure, with Marijne saying that it was important for the future of the team.

“Overall, this tour has helped us gain that confidence of playing against a top side like Argentina,” Sjoerd Marijne said. “We had the chance to experience what it takes to beat a team like Argentina and the areas we need to focus on to succeed against a quality side.

“In all three matches against the senior women, it was very closely contested, and the matches could have gone either way. Even the match where we lost 2-0, they (Argentina) were very effective, but our quality of play was very high in that game.”

The Indian hockey team began its tour by holding the Argentine junior team to 2-2 and 1-1 draw in the opening two matches. 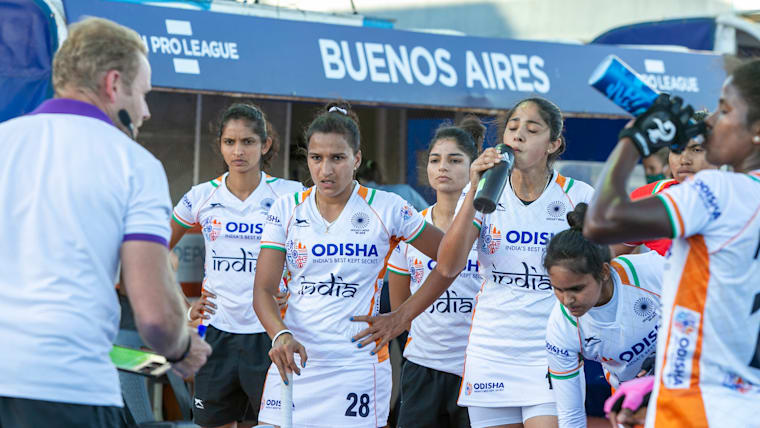 Having played the Las Leonas in the past, captain Rani Rampal said that the tour helped the team understand the progress it has made over the past few years and that the side could now challenge the best in the business.

“In 2017 when we played against Argentina at the World League Semi-Final (a match that they lost 3-0), we stood no chance of coming close to them. We couldn't go into their circle; we couldn't create opportunities or penalty corners,” Rani Rampal pointed out.

“I remember, before going into matches against top teams like Argentina, we would tell each other that we should just try and keep the score low but now we go into these matches wanting to win.

“There's a big difference now and with a little more change to our game, we can definitely beat top teams. The whole experience of the tour was fantastic, and we know the level we are at despite a year-long break in competitions due to COVID-19,” Rani said.

The Indian women’s hockey team will go on a two-week break next before regrouping at the Sports Authority of India (SAI), Bengaluru campus for the national coaching camp.

Rhys Smith: The England and GB hockey player trying to improve diversity in his sport 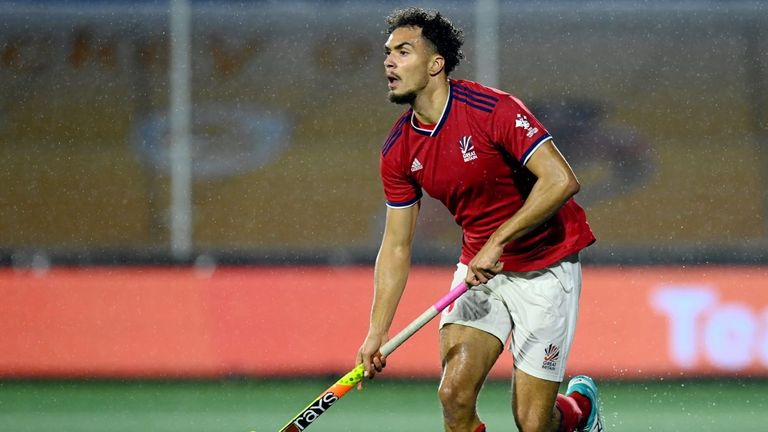 Lessons are over and 40 wide-eyed children are crowded around their new idol, waiting for instructions. The session, held before the second lockdown came into force, is part of a project called Hockey Inner City, set up by Smith to give more children the opportunity to play his sport.

"Hockey is very much dominated by people from privileged backgrounds and people that have gone to private schools," says Smith.

"It's not a very accessible sport for people within inner-city areas and so the aim is to improve accessibility by going into schools and providing coaching for them."

England Hockey chief executive Nick Pink does not think the sport is deserving of a reputation for being a middle-class white sport, dominated by people that attended private schools.

"I think it's a perception in some cases that that doesn't really give the reality of the situation. I think in other cases it does," Pink explains.

"When you start to look at what exists at clubs right across the country and the hard work that those clubs do and the volunteers do, you do see a very different picture.

"I played most of my life. I haven't played perhaps most recently in the last few years, but actually one of the things that really attracted me to the sport was that sense of community that comes out really strongly and the sense of the diversity within the game.

"Can it be better? Oh, yeah, absolutely. Of course it can. And can we engage better? Of course we can."

The reason the sport is so dominated by those from private schools, Smith explains, is because it requires lots of equipment, which can often be expensive, coaches or teachers that are familiar with the game, and to be played properly, access to an astro-turf pitch.

For Smith, this project is personal, with coaching sessions taking place at his old primary school. 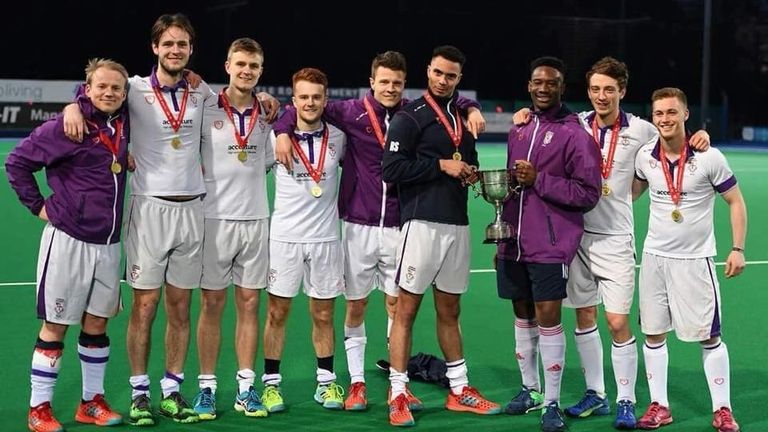 The 23-year-old always showed natural athletic talent but only picked up a stick for the first time at the age of 10 after winning a bursary to attend Whitgift, a private school in Croydon known for its sporting prowess.

That eventually led to a hockey scholarship at Durham University, where his eyes were opened to the lack of diversity within the sport, compelling him to take matters into his own hands.

"It came from a sense of frustration from my university experience," he said.

"I realised there was a huge lack of representation of people from inner-city areas and BAME backgrounds and this wasn't due to lack of ability - it was due to lack of opportunity.

Smith's university experiences have continued throughout his hockey career and he is currently the only black player in the Great Britain senior men's and women's squad.

"It's been like that throughout my whole life - within England U16s, U18s, U21s, there has always been very few people from BAME backgrounds, inner-city backgrounds so I've been normalised to the fact that it's going to be like that," he added. 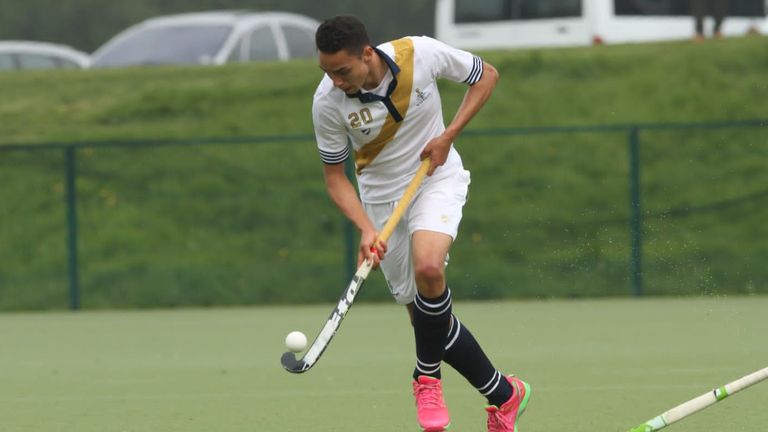 Rhys Smith was educated at Whitgift School in South Croydon

"You need more of a diverse pool in the grassroots level, in the club level, and that will allow - if players are good enough - to get into and diversify the national squad.

"At the moment if there aren't very many people from BAME backgrounds, inner-city backgrounds at grassroots. Then you can't expect there to be many people in the national team."

According to research from The Hockey Museum, Smith is one of an estimated 21 ethnically diverse men that have represented England or Great Britain at international level in the last 50 years, with the majority of those players of South Asian origin. Four diverse ethnic females have featured for England or Great Britain since 1978, with Rio 2016 gold medallist Sam Quek the most recent among them.

Pink is convinced the sport is heading in the right direction in terms of diversity and says 2021 is the ideal time to address hockey's under-representation issue.

"I'm positive about the future," he said.

"Of course, we want more people to participate in the sport from more diverse backgrounds. And actually, what I think we've recognised is that some of the systems that perhaps have been created over a period of time just need to be changed and adapted.

"They've worked effectively in terms of perhaps performance gains and performance opportunities, seen obviously with Rio gold etc. But actually, this is an opportunity for us to sort of change some of that up a little bit and make the changes we feel are necessary."

Hockey Inner City aren't currently receiving any financial support from England Hockey but Smith is hopeful they will get behind his plans soon to try and make a sustainable and "large-scale impact".

Smith, who is hopeful of making the GB Olympic squad next summer, acknowledges he was fortunate to attend a school which opened a world of new opportunities - opportunities he is now determined to give other children like him.

"We have a lot of very talented children here that are already more talented than I was at their age, just because we've given them that opportunity from a young age, and that can only bode well for the future of the national team," he said.

"These children shouldn't need to be lucky to become successful. If they have the talent and are willing to make the effort, they should be able to achieve success irrespective of their social background."

This process is being handled separately from the broader cultural and governance review being carried out by Bruce Collins QC, Gabrielle Trainor AO and Moya Dodd. 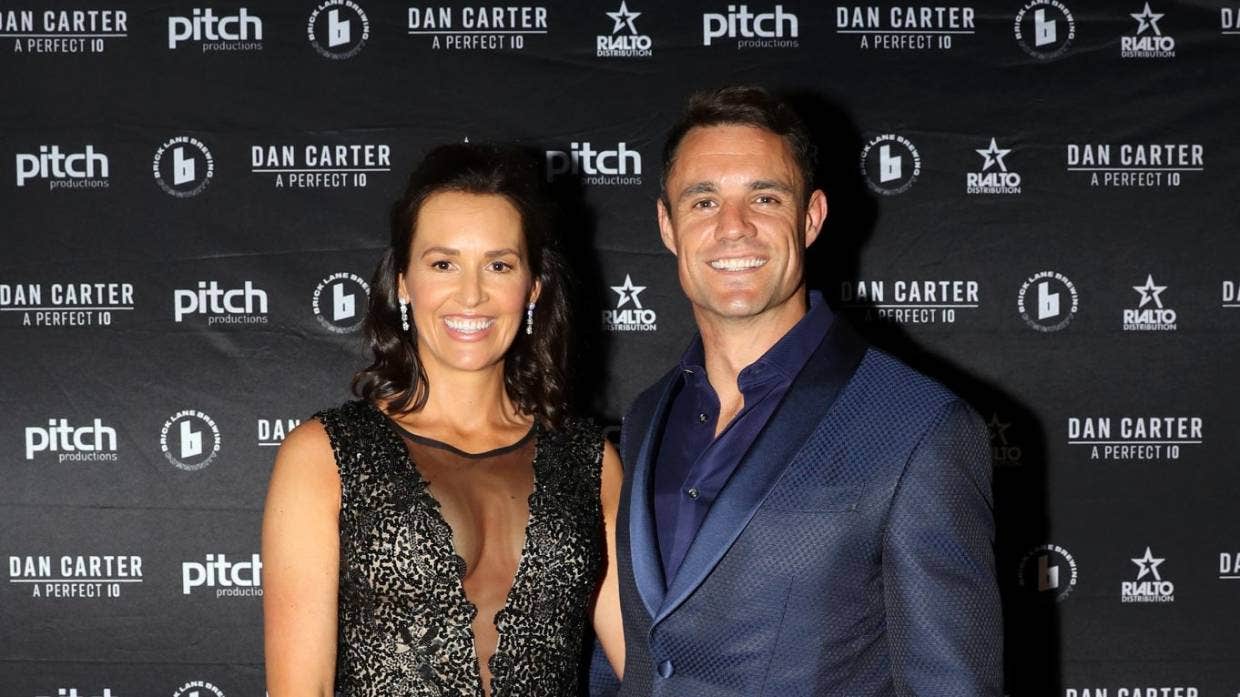 Honor and Dan Carter have announced they are expecting their fourth child. Hannah Peters/Getty Images

All Blacks great Dan Carter and former Black Stick Honor Carter have announced they are expecting their fourth child.

The sporting couple, who already have three boys – Marco, Fox and Rocco – have announced the news on social media.

"My family is everything to me... my happiness and my greatest success," Dan Carter posted to Instagram.

"We couldn't be happier to announce we're expecting baby number 4."

He described his wife and former Black Stick as a "superwoman, Mum and wife".

The Carters, who were married in 2011, welcomed Marco into the world two years later, with Fox born in 2015 and Rocco's arrival coming in 2019.

Dan Carter, who turns 39 next month, has made no official announcement of his rugby retirement. He called time on his international career following the All Blacks 2015 Rugby World Cup victory.

He made a shock return to Super Rugby for the Blues last season but never took to the field.

His last game was for his beloved Southbridge club in the Ellesmere rugby competition in September last year.

Honor Carter (nee Dillon) retired after playing 68 tests for the Black Sticks between 2004 and 2011.