John-John Dohmen marked his 400th international cap on a winning note as Belgium beat Spain twice over the weekend in the FIH Pro League, extending their lead at the top of the table.

Talking about his incredible caps landmark, John-John Dohmen said: “I am just really proud to have played so many games for my country, especially with these boys. I love this group. I just enjoy the journey with the team, it is just amazing.

Belgium claimed a second FIH Hockey Pro League victory in two days over Spain, defeating the host nation 2-0 at Valencia’s Estadio Betero to open up a 14-point lead at the top of the standings.

The Red Lions – who had recorded a 3-2 triumph over the Red Sticks on Friday – scored goals in the first and second quarters, with Simon Gougnard smashing home on the backhand before competition top scorer Alexander Hendrickx doubled the advantage with a trademark penalty corner drag-flick.

Spain competed throughout the contest and created numerous goal-scoring chances. However, they could find no way past brilliant shot-stopper Vincent Vanasch, who made numerous world class saves – including a penalty stroke from Xavi Lleonart – to help his team to success in a match that was played behind closed doors under strict covid-19 protocols.

For Belgian midfielder John-John Dohmen, the result was the perfect way to mark his 400th senior international appearance, with the 33-year-old becoming only the sixth men’s player to reach this incredible milestone. The current caps world record is held by Netherlands legend Teun de Nooijer, who played 453 times for the Oranje.

“It was a great game; it is always tight against Spain”, said Belgium’s Vanasch, who was named Player of the Match. “I am very happy that we dealt with the pressure and I’m really pleased that John John Dohmen celebrated his 400th cap for Beglium today. We could not be more proud.”

Domen: from hospital bed to 400 caps 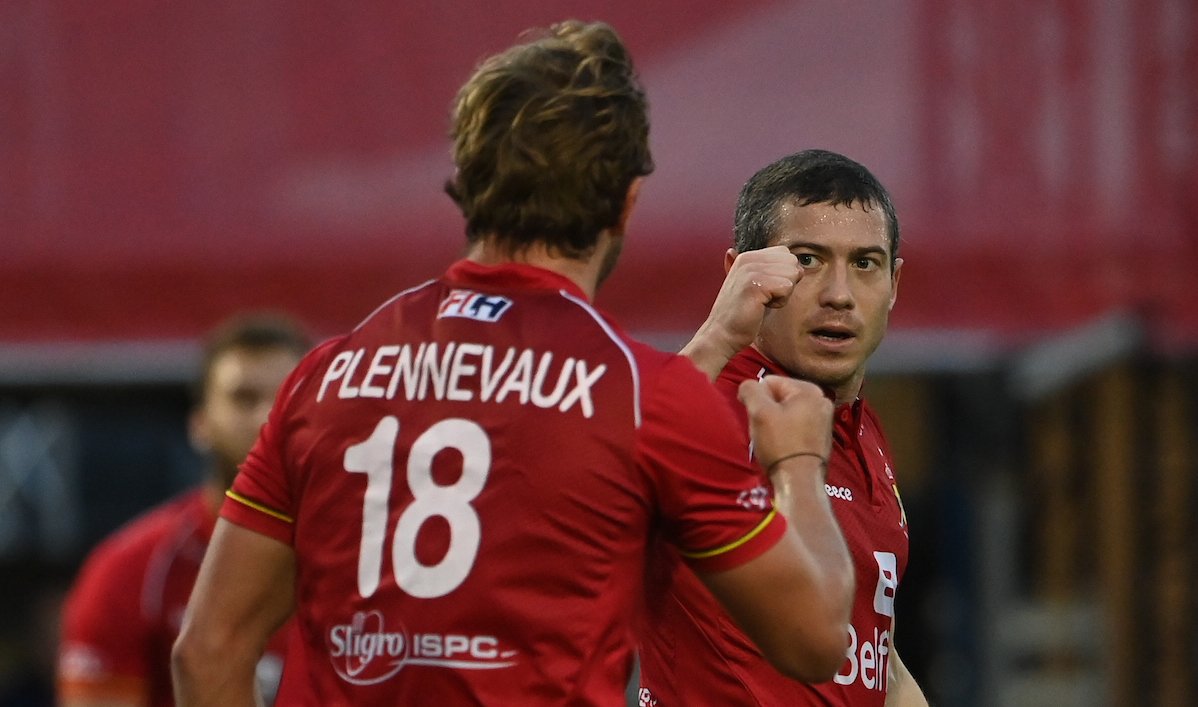 Behind the 400-cap milestone achieved by Belgium captain John-John Dohmen lies a tale of courage, determination, perseverance and resilience.

The 33-year-old midfielder helped the World Cup champions beat Spain 3-2 and 2-0 in a FIH Pro League double header on Friday and Saturday, the second match of which marked his quadruple century appearance for the Red Lions.

Not too long ago, Dohmen survived a severe attack of pneumonia that forced him out of the 2018 World Cup in Bhubaneswar after two matches and spend time in a Bangkok hospital with just 10 percent of his breathing capacity.

It was a condition caused by excess white blood corpuscles building up in his lungs and the ailment caused him to miss six months of hockey. But return to the game, Dohmen did and has since played more than 30 international matches.

Just five others are in the 400 club with Teun de Nooijer of the Netherlands leading with 453 followed by Barry Middleton (England/ Great Britain, 432), Dilip Tirkey (India, 412), Waseem Ahmed (Pakistan, 410) and Jeroen Delmee (Netherlands, 401).

Dohmen picked up the stick at just five at the Royal Leopold Club who he helped win the Belgian league in 2005. He then played for Waterloo Ducks HC, having experienced four title-winning seasons in a decade there. He now plies his trade with Oree.

Dohmen, who has studied osteopathy, is a team-player to the core. Talking about his incredible caps landmark, he said after the match against Spain in Valencia on Saturday:

Dohmen, for sure, has been an integral part of Belgium’s meteoric rise. He made his international debut at just 16 against Italy and has played three Olympics – Beijing 2008, London 2012 and Rio de Janeiro 2016 where Belgium won a silver medal. His performances won him the 2016 FIH Player of the Year.

One discerns he now plays a more withdrawn role but no less significant in the Red Lions build up towards possession and circle penetrations.

If Belgium live up to their potential of winning the FIH Pro League and Olympic gold should the Games be held in July-August in Tokyo, Dohmen’s role will likely be a vital cog in the wheel. 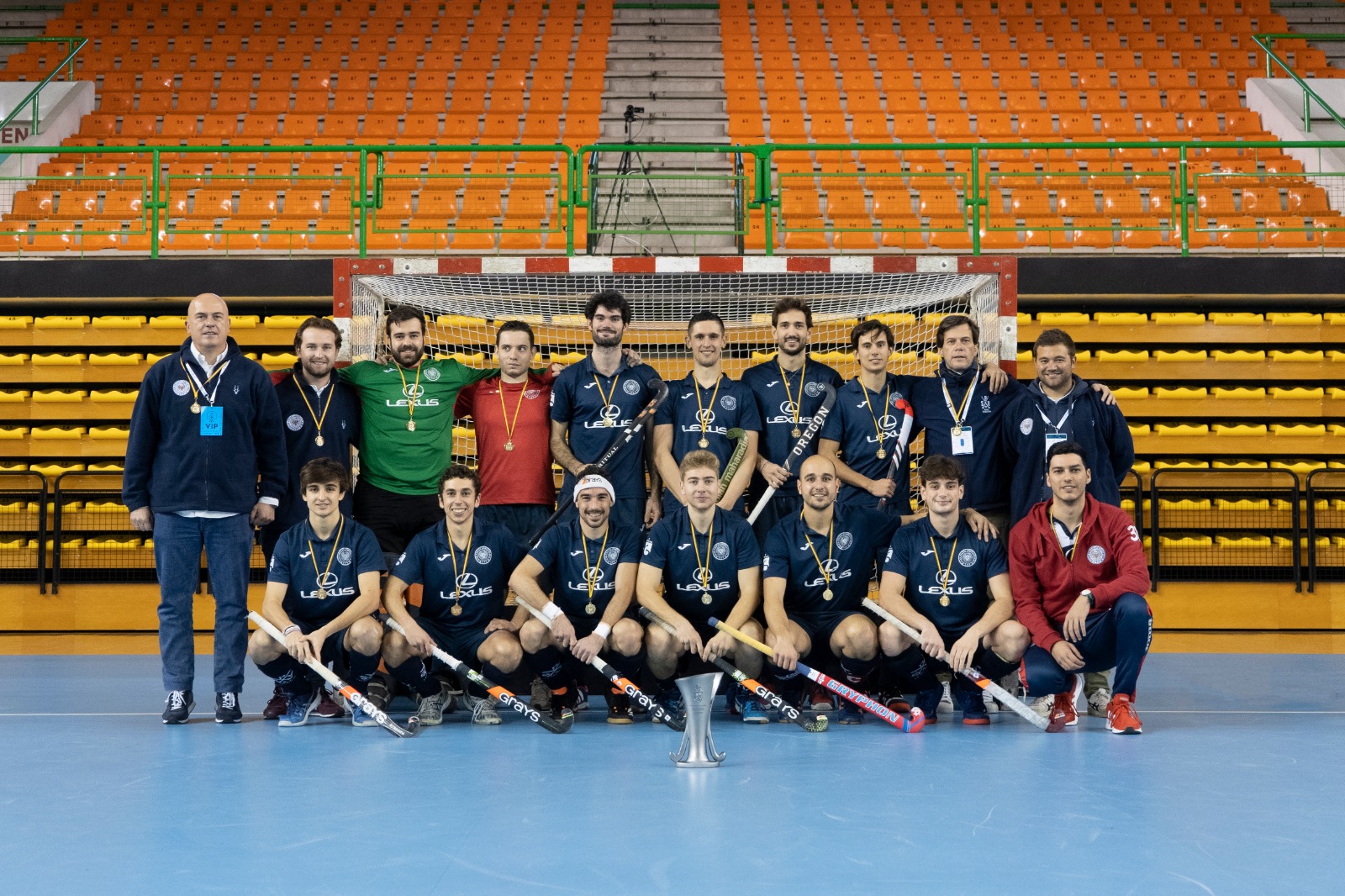 SPV Complutense won the Spanish men’s indoor title  in Ourense, getting the best of CD Malaga in the final 7-3 following a lively three-day competition.

They eased to a 12-1 win on Friday over CH Carpesa and backed it up with a 13-2 success against CH Alcala. A 6-1 victory over CH Madrid Las Rozas ensured they finished the group stage with a perfect record.

They followed up a thrilling 3-2 win over FC Barcelona on Saturday evening to make it through to the final where they met Malaga who shaded Madrid Las Rozas in their own semi 4-3.

In the final, the damage was done by Nacho Usoz’s side in the first half as they stormed into a 3-0 lead with two goals from Nacho Cobos and one more from Pedro Arques. Cobos completed his hat trick for a 4-0 advantage before Ignacio Augustin pulled one back for Malaga.

However, Arques’ second goal and another couple from Juan Munoz meant the students were always well clear and never in much danger.

FC Barcelona took the bronze with a 5-3 victory in their final playoff game. 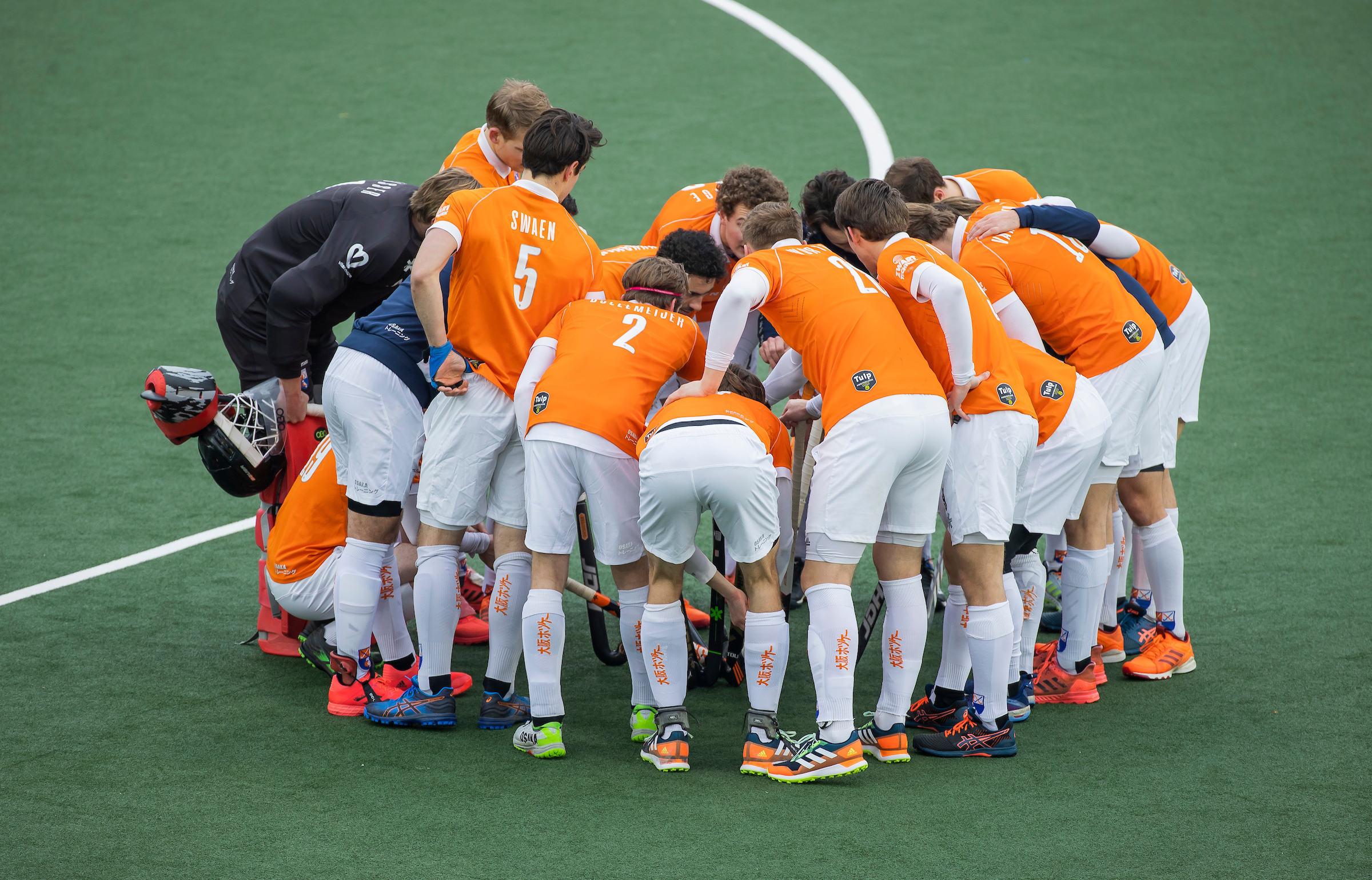 Bloemendaal kept up their perfect start to the men’s Tulp Hoofdklasse season with an impressive 3-1 away win over AH&BC Amsterdam at the Wagener Stadium.

Florian Fuchs provided the opening goal just before the end of the first quarter with a lovely shoulder-high touch when the ball chipped up for the German forward and he applied the finish.

Philip van Leeuwen kept Amsterdam in the hunt with a series of fine saves as the hosts struggled without the injured Fergus Kavanagh at the back.

As such, it took until the second half when a Wouter Jolie – back in the side – cracked a ball into the circle which led to a penalty corner that Tim Swaen whipped home for 2-0.

Valentin Verga did get one back when he scored a rare corner – taking over the duties from Tanguy Cosyns – and Amsterdam improved significantly as time went on.

However, Bloemendaal put the game to bed inside the last two minutes courtesy of Yannick van der Drift, a wonderful snap-shot after the ball was kept alive on the baseline.

HGC won the only other game to go ahead this weekend as they beat Klein Zwitserland 4-0 with Seve van Ass scoring the first two goals.

All the rest fell victim to Sunday’s heavy snow. It leaves Bloemendaal nine points clear of Rotterdam and HGC while Amsterdam are in seventh place, six points outside the playoff places.

A Frédérique Matla double saw Den Bosch beat HDM 2-0 to bounce back on their first defeat of the season last week to AH&BC Amsterdam.

In a series of matches brought forward to Saturday to avoid a big Sunday snow deluge, Raoul Ehren’s side had the edge against a side that have defied expectations to sit in the top four.

Margot van Geffen missed the tie but the Bossche side went in front when Matla nailed her first penalty corner drag-flick of the season.

She doubled the lead shortly after the break, bringing her goal total to ten for the season and the striker went close to a third only to see her shot rebound off the bar with a powerful strike.

HDM did have their moments on an icy day but the Brabant side stayed clear, Josine Koning’s clean sheet keeping them out of range while they had the bigger chances to extend their lead.

Amsterdam stayed top with a win over Oranje-Rood with Freeke Moes putting the Wagener Stadium hosts in front in the second minute.

And she produced a glorious second goal with an incredible backhand shot and 2-0 was how it ended as Eva de Goede saw a second half penalty stroke hit the post.

SCHC moved up to third place with a 5-0 win over HGC with Pien Dicke scoring twice, adding to Laurien Leurink’s opening minute goal with Ginella Zerbo and Caia van Maasakker scoring, too.