THIS year's Razak Cup has been moved from August to September.

The Malaysian Hockey Confederation (MHC) competitions committee confirmed yesterday that the Razak Cup will now be held on Sept 18-26.

The change is because local competitions are not allowed during the Recovery Movement Control Order, which ends on Aug 31.

"However, we will have to get an approval from the Sports Ministry, Healthy Ministry and the National Sports Council first to hold the tournament in September.

"We are now looking for a host. Notices will be sent out to our affiliates on Monday (tomorrow).

In last year's edition, each team had to register at least four Under-21 players for development purposes.

The MHC are planning to organise the postponed Junior Hockey League (JHL) in late September.

LAHORE: Pakistan hockey team head coach Khawaja Junaid has said that restoration of departmental teams is mandatory and without that hockey cannot survive in the country.

He further stated that Pakistan Hockey cannot be compared with the system of European countries.

Junaid said in an interview that 35 players has made the list, in which three players have been added to the pool so far. The Pakistan Hockey Federation due to financial constraints cannot handle all these players.

He said that revival of departmental teams in the country is mandatory.

“We cannot compare with the system of European countries, about 40 departments in India are connected with sports, funds are needed to run hockey clubs. There is no money to coach the Pakistan hockey team here.”

The head coach said that the budget of the Indian Hockey Federation is more than a billion Rupees.

East Kilbride Hockey Club denied titles but will bounce back

Coronavirus caused the season to be scrapped when two teams led their leagues. Scotland's East Kilbride Hockey Club say they’ll come back stronger than ever before after two of their teams were denied league titles as the season was scrapped.

District hockey leagues were declared null and void in April, denying their 1st and 2nd league crowns, and Scottish Hockey on Friday called a halt to the Premiership, National Championship and Regional Leagues.

Due to the District decision, East Kilbride were expecting the news, but it was still a blow, and club president Alison Alexander says they will learn from the experience.

She said: “Both teams were top of their respective leagues when lockdown happened, with the 1sts in a very strong position.

“Everyone had worked so hard at getting us to that stage, and it would have been nice for both teams to go up a division, but there are more important things than hockey.

“The safety and wellbeing of our players and their families is paramount and it was right that we had to stop playing when we did.

“The governing body had to make some difficult decisions about the season-end. It’s unfortunate, but understandable, and we’ll use our experience from the 2019-2020 season to come back stronger than ever when hockey resumes.”

All cup and plate competitions are also now completed.

There will be no winners awarded for season 2019/20, and no automatic promotion or relegation.

Scottish Hockey are now considering the most suitable approach to starting season 2020-21, with a task force brought in to replace the management committee under the present times.

It is intended that the task force will consult with member clubs with a view to building a route map, aligned to Scottish Government guidance, for the season ahead.

The task force will be appointed on Friday, and aims to make a decision on July 24.

• Meanwhile, East Kilbride are one of several clubs to sign up to Scottish Hockey’s Club Pledge initiative, which aims to bring the hockey community closer together, and work together as a team throughout the Covid-19 crisis. 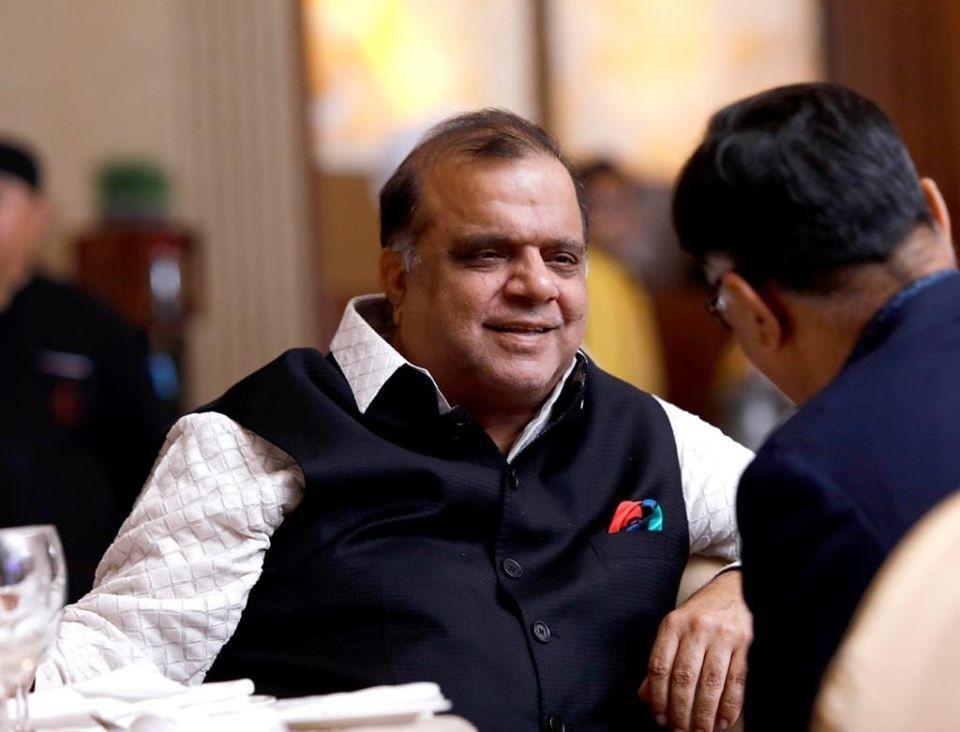 Mittal has launched a concerted campaign to have Batra removed from his roles as President of the IOA and FIH in recent weeks after claiming his ascent to the top job at the two organisations was illegitimate.

The senior IOA official is continuing with his efforts despite the IOC Ethics Commission and the FIH Integrity Unit dismissing his allegations against Batra, who has denied any wrongdoing.

Mittal alleges neither the IOC nor the FIH has taken his complaints further owing to their partnerships with India, which is due to host the 2021 IOC Session and has a close commercial relationship with the worldwide hockey body.

In a letter to IOC Ethics Commission chairman Ban Ki-moon, seen by insidethegames, Mittal claims the decision not to take action against Batra - an IOC member by virtue of his IOA Presidency - represented a conflict of interest.

"I strongly denunciate the quick dismissal of the complaint," Mittal wrote.

"A rushed and tweaked response by staff without referring the complaint to the Ethics Commission, when the concerned is a member of the IOC by virtue of his role in a National Olympic Committee, that is due to host the Session of the IOC, has conflict of interest marred all over it.

"It took time for me to respond because this single reply exposed the lack of consistency in the principles of good governance, which has a far reaching impact on our National Olympic Committee over the last decade, and for many other sporting organisations in the future."

Mittal has also accused FIH chief executive Thierry Weil of "selling the soul of the sport for personal gains of an individual."

In a letter to Weil, also seen by insidethegames, the IOA vice-president claims the FIH has turned a blind eye to the allegations against Batra. 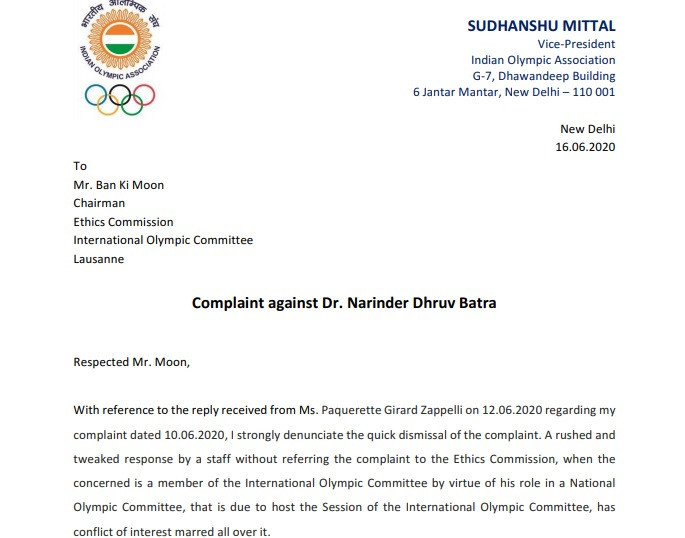 "Out of the three sponsors of the International Hockey Federation, two are Indian," Mittal writes.

"Of the two, one of them is also the sponsor of Hockey India, so Hockey India is also a source of funding for the FIH.

"India is also the host of the World Cup and other international events in the coming years.

"Hence the reservation on taking up a complaint in accordance with the statutes is because the FIH is heavily dependent and reliant on India/ Hockey India.

"Justice for the sport of hockey should prevail over money.

"The governance of the International Hockey Federation has a glorious past.

"These recent incidents will go down in the history of the sport of hockey as the darkest episode where you sold the soul of the sport for personal gains of an individual.

"With every failed attempt to rationalise and justify the complaint against the President of the FIH, you are falling into a deep pit."

Mittal had claimed that Batra breached FIH statutes when elected President of the global body in November 2016 as he was still the head of Hockey India.

Batra insisted Mittal had referenced a later edition of the FIH statutes and there was nothing in the regulations when he was voted in as President that prevented him from holding the role with Hockey India - a stance the FIH Integrity Unit agreed with.

Batra's current term as President of the FIH has been extended until May 2021 because the governing body was forced to postpone its Congress due to the coronavirus pandemic.

insidethegames has contacted the IOC and the FIH for comment.