The Junior Pan American Championships (women & men) World Cup Qualifier, has been rescheduled for April 12 to 25, 2021.

The event will be held under FIH current security regulations for COVID 19, to be able to take care of the health of the athletes, officials and other people involved in the event.

Athletes' eligibility is maintained based on the date they were agreed to play in 2020.

Latest news on returning to play

Latest Government Announcement
After the latest government announcement allowing groups of 6 to meet together outdoors from Monday 1 June while following strict social distancing guidelines, we are now updating the guidance for hockey, which will be issued as soon as possible.
Roadmap to Return to Play
When England Hockey took the decision to suspend hockey on 17 March, it was clear that exactly when and how the sport would be able to return would take time to resolve. Until recently the focus has rightly been on the hockey family, demonstrating its collective spirit through support for charities, key workers in clubs and looking out for our local communities or other club members as well as engaging within the hockey community and beyond on social media. The focus has not been on returning to hockey until the last week.
With so much uncertainty the aim has been to make decisions on key issues at the right times. Getting the timing right on this has been particularly tricky and will continue to present challenges over the coming months. The aim of this message is to share what we believe the probable steps are likely to be, and in headline terms, the possible implications for the 2020-21 season.
The considerations set out here are all dependent on the ongoing nature of the Covid-19 pandemic and relevant government guidance. We would encourage our players, clubs and associations to interpret these as a guide and support & align to the work that will need to be done if plans change. At this stage it is not possible to make definitive plans.

What will be allowed?
The government alert levels announced on 10 and 13 May - and England Hockey's subsequent response - set out the first clear steps to emerging from lockdown. These alert levels will not relate directly to hockey activity and having reviewed the information from other countries and other sports we have set out five steps to returning to ‘normal’. Three relate to training, and two relate to match play activities. These are as follows:
Since 21 May we have been at Step 1 with one-to-one coaching or household groups allowed to play, as per this England Hockey advice. We will move to the initial stages of Step 2 from Monday 1 June. Detailed information on this will be released as soon as possible after government guidance is made available.
We do not know exactly when we will be able to progress through each step but hope this outline will assist clubs and organisations scenario plan their return to hockey. Crucially it is clear that facility providers are taking different approaches to the current restrictions and not all clubs are able to access pitches. This is a situation we will continue to monitor and take into account linked to the steps above.
England Hockey will issue the necessary advice and guidance and share good practice with as much notice as we reasonably can in the circumstances.

What are the implications of this?
Depending on the timing and pace of progression through the steps there are different implications for the 2020-21 season. These implications are interlinked and complex across the game, and decisions need to be coordinated across key stakeholders to avoid unintended consequences. The timing of decision-making is important to allow adequate planning time but also decisions should not be taken too early in case circumstances change.
For the next 6-8 weeks we recommend continuing to plan for the 2020-21 season as normal (option A below). There is a risk that some pre-season activity may be lost and we recommend organisations aim to minimise financial risks where possible in pre-season. If the season cannot start on time but is only delayed for a short period (a few weeks), we will aim to extend it beyond its traditional late March/early April finish (option B below).
If neither of the above scenarios are possible we will consider a revised calendar for the 2020-21 season (option C). This would apply if there was insufficient time to run a normal length season. There could also be a time by which a viable competitive season has to start. A range of scenarios are being developed for this and will be consulted upon over coming months with the relevant stakeholders. Option C would only be enacted if there was a delay starting competitive hockey into mid-November (or later) or a second wave of infections caused more significant disruption.
Finally, there is the possibility an even later start may only allow for a shortened season to take place (option D). The likelihood of implementation of Option C or D will be assessed over the coming months.

Beneath these high-level scenarios there are layers of detail that need to be considered and recommendations made, including the different implications for different sections of the sport such as the impact on officiating in each scenario, leagues adapting to issues such as possible localised lockdowns and also for indoor hockey (given indoor sports guidance is likely to be different to outdoor).

Given the complexity of this and the need to communicate at the right time, England Hockey will review the position every three weeks around key government announcements, and will update the position for hockey in England whenever the circumstances change.

Chief Executive of England Hockey, Nick Pink said, "As we all continue to navigate this evolving landscape, the England Hockey team have been working hard to prepare the sport for a return to play and to manage the challenges ahead. By sharing our thoughts openly, we hope it enables the hockey community to work together, to plan ahead, and to help us to come back stronger. We plan to engage with you as much as possible as we look to set a course and encourage as much alignment as possible to ensure the sport as whole can thrive. The long-term health of the overall sport will always remain at the heart of our decisions."

If you have any comments, feedback or input please email: This email address is being protected from spambots. You need JavaScript enabled to view it.

Past and future guidance is/will be available here.

We would like to thank everyone who took the time to nominate a club, team or person for the 2020 England Hockey Awards. A huge congratulations to everyone who has been shortlisted, we received an exceptionally high standard of nominations making it incredibly difficult to whittle down to a shortlist. The awards this year will be held Live on our Facebook or Twitter page due to the unfortunate circumstance with the current Covid-19 situation.

Make sure you tune from 5pm on Saturday 6 June 2020 to see who the winners are.

MHC: Only one team making all the noise 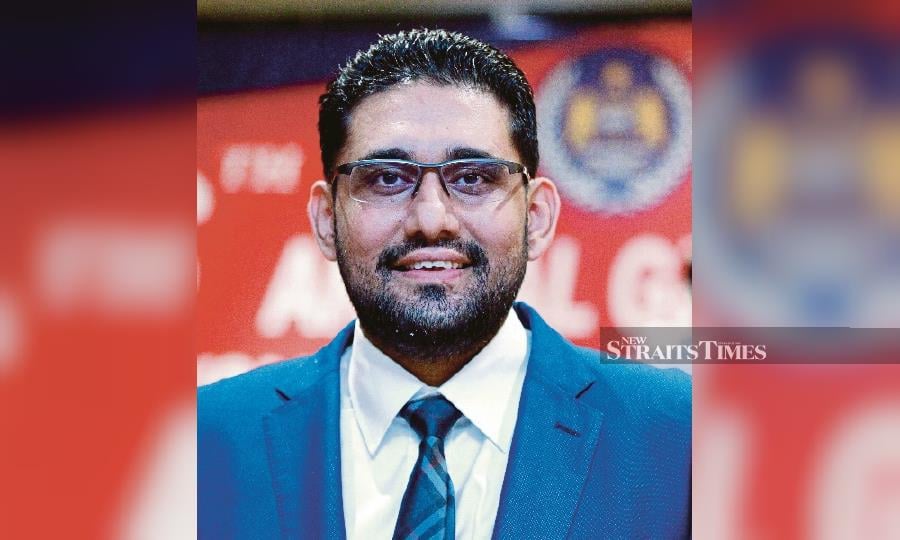 The Malaysian Hockey Confederation (MHC) sent out a circular on Thursday, explaining the delay in paying prize money for the Malaysia Hockey League (MHL) which had ended on Feb 22.

"MHC CEO Norfaraha Hashim sent out a circular to all participating teams explaining why MHC have yet to pay out the prize money even though the MHL was completed at the tail end of February.

"Here, I would like to state that people who are managing a team should be wise enough to understand the Covid-19 pandemonium which has made normal tasks become difficult or almost impossible for many companies and organisations.

"Only one team is making all the noise, while the rest of the men's and women's team management seem to understand the situation quite well," said MHC competitions committee chairman Datuk Seri Anil Jeet Singh.

The MHC circular read: "Referring to the nonpayment of the MHL prize money, MHC wouldd like to inform teams that due to the Covid-19 pandemic which started early in the year, many programmes that had been planned by the MHC were affected.

"This includes the payment of MHL prize money. MHC is in the process of speeding up payments to prize winners.

"For the teams' information, this is a normal process after every MHL season ends, and payment will be made after the Executive Board endorses it."

The HockAdemy women had won the League and were second in the Vivian Soars Cup, earning them a total of RM65,000 in prize money.

In the men's tournament, Universiti Kuala Lumpur won the League and TNB Cup and pocketed a cool RM200,000.