Live streaming and full game replay on https://fih.live (May be Geo blocked if there is TV coverage)

Live streaming and full game replay on https://fih.live (May be Geo blocked if there is TV coverage)

Indian women's hockey team captain Rani Rampal stressed on the importance of facing higher-ranked team ahead of the Tokyo 2020 Olympics.

Rani Rampal will lead Indian women's hockey team in the tour of New Zealand where it will face the host and Great Britian in a tri-nation tournament.   -  Biswaranjan Rout

Rani spoke before the team’s departure for Auckland for its first tour of the season.

The team will take on New Zealand in four matches and will play against Great Britain during a 10-day tour that ends on February 5.

“We look forward to playing against higher ranked teams like New Zealand (world number six) and Great Britain (world number five). We want to do well as it will give us a good boost in our Olympic preparation. A good start against tough teams will matter a lot,” stated Rani.

“While we have done well in the past against Great Britain, New Zealand is one team we look forward to do well against. They play tough, attacking hockey and they will be quite challenging,” she added.

“I think it’s fantastic that she has joined our camp. We are excited to work with her and she knows our team well,” Rani signed off.

TNB turn on the power to zap THT 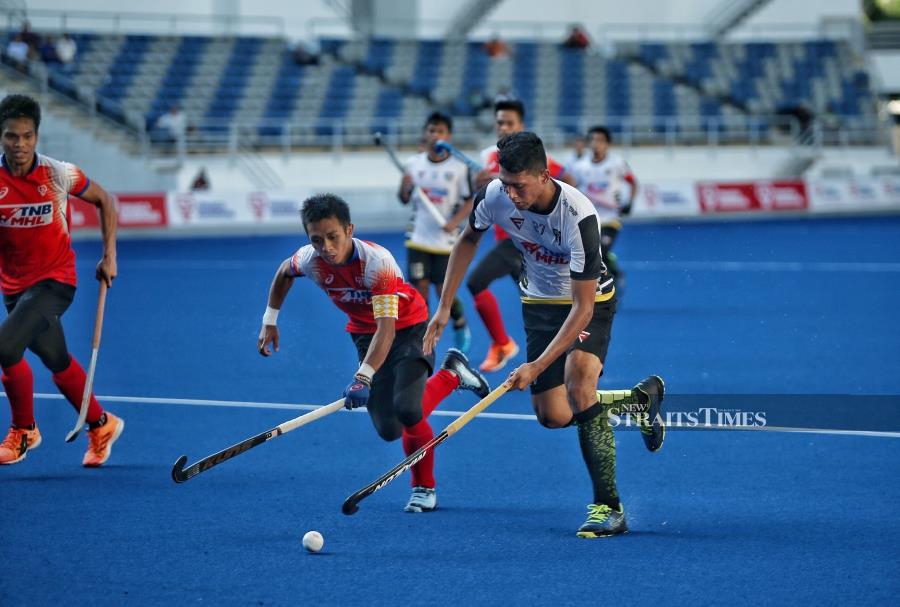 It was TNB’s fifth straight win and they are level on points (15) with defending champions Universiti Kuala Lumpur (UniKL), who secured a 3-0 win over Kedah Nurinsafi in an away match.

TNB, who lead the table on goal difference, fell behind to an 18th-minute field goal from Faizal Saari.

Faizal scored a late consolation (55th) for the shell-shocked THT.

TNB coach Nor Saiful Zaini, however, refused to accept that they are capable of ending UniKL’s reign.

“We played well and were aware of THT’s tactics. We must win all our first-round matches to keep the momentum going,” said Nor Saiful.

“Despite our strong start, there is no guarantee we will win the league title. Half of our team are Under-21 players. UniKL are the most balanced side and our match against them (on March 31) will be crucial.”

THT coach K. Dharmaraj, meanwhile, lamented his team’s weak bench, which led to their meltdown in the third and fourth quarters.

“THT’s first 11 and the players on the bench are like two different classes. The bench strength is very weak and that made it difficult for us to sustain the momentum against TNB in the second half,” said Dharmaraj.

“It was the opposite for TNB as they managed to rotate their players without trouble.”

By T. AVINESHWARAN and JOEL ROBERT KUALA LUMPUR: With the focus being placed more on the strikers and drag flickers, not many realise the efforts made by the man manning the goalposts.

But it was goalkeeper S. Kumar who kept his team in the game.

After Terengganu’s Faizal Saari scored the first goal in the 18th minute, Tenaga’s defence were kept on their toes with a flurry of goalscoring attempts by the east coast side.

However, Kumar was there to thwart them and even made an incredible triple save in the 20th minute which inspired his teammates to stage a comeback.

Despite letting in Faizal’s second goal in the 55th minute, Kumar can be satisfied with his performance.

“It is a good win against an experienced side. They were the overall champions last year and with players like Faizal and Fitri Saari, they can be dangerous on their day,” said the 40-year-old.

“As a goalkeeper, I need to be more focused than the outfield players. I made some saves, but more importantly I wanted to make sure we did not concede any goal after the equaliser because the result could have been different if they had scored.

“The boys defended well and the goals we got were a result of our resilience and hard work. I am proud of our performance.”

Meanwhile, coach Nor Saiful Zaini said the half-time pep talk did the trick.

“They (Terengganu) were more focused on playing a shortcut game. The majority of them are not young, so they do not like to run.

“I told my boys to move the ball more often. When the gap widened, there’ll be more space. We missed a few chances, but 4-2 is a good result.

“Also, you have to understand that you cannot give space in the 25-yard box to experienced players. That’s why you saw lots of red shirts when Fitri and Faisal had the ball.”

Meanwhile, not even an injury could stop former international Mohd Haziq Samsul from scoring.

The forward, bugged by a thigh injury, scored a brace to steer Maybank with a hard-fought 3-2 win over Thunderbolt.

The 26-year-old, who last played for Malaysia in the World League semi-finals in London in 2018, gave the Tigers the lead in the second minute off a penalty corner. His second came through a penalty stroke in the 36th minute.

Joel Van Huizen scored the third in the 48th minute.

“I’ve been out for almost a year since my knee injury, so I’m happy to be back,” said Haziq who has scored eight goals in five matches.

“I’m very happy with my performance today but I know I can do better and my goal is to help Maybank finish in the top three.”

The league stages of the England Hockey Men’s and Women’s Division Two Jaffa Super 6s concluded at the weekend with teams fighting over two places to gain promotion to Division One for 2020-21 season.

In the Women’s Division Two, Gloucester City ran out convincing winners as they claimed victories in all five of their games. Second place was a battle between Guildford, Ipswich and Stourport. The penultimate game saw Guildford play Stourport with the Surrey side needing a draw to secure promotion. This was achieved with a 5-5 draw, three goals coming in the last minutes of the match to pull level and deny Stourport the win that would have seen them rise to second.

The Men’s Division Two was topped by Old Georgians who won their first four games before coming unstuck against Doncaster who defeated them 9-6. This result moved Doncaster into second place, but Oxted had the opportunity to overtake them on goal difference if they won their last game against West Herts. Despite trailing 4-0, West Herts fought back to win the game 7-6 to deny Oxted promotion and see Doncaster go up.

You can see all the scores and standings from the Jaffa Super 6s by clicking HERE.