Kayla Whitelock thinks she will be at full fitness by the end of January. Anthony Au-Yeung/ PhotoSport

Kayla Whitelock believes she is almost back to full fitness as she eyes a return to the Black Sticks ahead of the 2016 Rio Olympics.

The 229-cap former captain took a year off the sport after the birth of her daughter Addison.

Whitelock played in the National Hockey League for Central in September.

But she picked up a shoulder injury and was unavailable for the Black Sticks' series against Argentina, the Oceania Cup and the World League.

Instead, she has been closely watching every one of their matches.

She was particularly impressed by their World League performance where they lost in the final to Argentina.

"I thought they did extremely well," she said. "They played pretty consistent right throughout that tournament and were just a bit unlucky in the end.

"Argentina are hard to play at home and we were probably a little bit overawed by the situation."

Despite not being in the team, she has retained a close association with them.

"Before the girls flew out to Argentina, I flew up and did some training and had a couple games with the girls just to have a hit around," she said.

She has enjoyed the break from the sport, but was ready to get back out on the field.

"It has been quite good and quite refreshing," she said. "I have obviously missed it, otherwise I would not be coming back. I am pretty excited about what lies ahead."

She has been doing a lot of strength and conditioning work to prepare herself for the season.

But Whitelock said she was not quite at full fitness.

"I am not too bad, but I am probably a little bit off my speed. I am pretty close really.

"I need to be there by the end of January, so I have a few weeks to get a few more kilometres under my belt."

Her training has been harder now that she has a baby to think about as well.

"It is hard finding time to get the training done. My strength and conditioning coach is good in being flexible.

"We try and do three times a week in the gym so it is finding when I have a babysitter."

Whitelock said being picked for Rio was her goal and she would reassess her playing future after the Olympics.

“Impossible n’est pas Français” – quoting Napoleon, this is Racing Club de France’s Simon Martin-Brisac’s mantra ahead of what looks a massive task in the EHL KO16.

The French champions will face SV Kampong on 25 March, 2016 in the Wagener Stadium knowing that they are heavy under-dogs but the striker – one of the stars of last August’s European championships – says it is all about perspective and his side will be ready positive for the challenge.

Asked his thoughts about the draw for the KO16, the first RCF will take part in, Martin-Brisac told the EHL website: “It is a dream or a nightmare, we don’t know!”

He adds that “it will be fantastic to play such a great team, for sure, in such a magnificent stadium. But Kampong is a hockey machine!

“They have so many good players… Harte, De Wijn, Kemperman and Jonker are among the best players in their positions. They are big favourites and we know we have very low chances to go to the KO8 but we will try our best to give a good image of the club, of French hockey and try to give a good spectacle for hockey lovers.”

Racing have had a superb start to the season, building a seven-point lead at the top of the French elite division. Martin-Brisac says that such a return was not overly anticipated in the summer after Olivier Sanchez moved to the south of France, James Kirkpatrick returned to Canada while Patrick Habblawetz also moved on.

Jean-David Koch was also unavailable due to important law exams, meaning RCF would miss his goals – he netted 75 times in the past three seasons.

“We knew we had lost in quality and quantity and, before the first game of the season, we were in the doubt and were a bit scared of not being able to maintain our status.

“But we managed to change our way of playing. We really focused on defense. That has been our main strength during the first part of the season. We only conceded 10 goals in 10 games, which is not bad.

“It gave us confidence and I think we developed new values: courage, solidarity and self-denial as we managed to win some games in very difficult circumstances.

“So, we are really happy and proud of that first part of the season. We did a great job with limited means.”

It gives them an inner-confidence to tackle a Kampong side in the KO16. That will be their next competitive match, though, as the French league does not return until April.

It makes for a tricky preparation period for one of the biggest games of their season. As such, Martin-Brisac says that Racing will have to find different ways to get up to the level of their rivals.

“Unlike countries qualified for the Olympics in Rio, our championship starts very late in 2016. That’s a bad point for us but we will have to deal with it.

“First, we will work very hard during trainings, physical sessions and at the gym room with heavy-planning. There are no other solutions.

“We have to be at 100% every minute because Kampong will be at 100%, there is no doubt about it. Then, we are looking for games in Europe (Germany, Belgium…) to get used to the European level but the problem is that others championships will have started again and clubs may not be available.

“I don't think there is an ideal preparation and everything depends on our commitment and dedication. On the plus side, all Kampong games are filmed and we can use these videos to analyze them.”

Despite the obstacles, he is confident Racing Club de France will make the best of the situation and show "impossible is not French".

“In short, there are solutions and the club is actively working on them in order to find the best option. Sometimes, strange preparations make great results. Let’s remember us of ‘Denmark 1992’ from football!”

KUALA LUMPUR: Universiti Kuala Lumpur (UniKL) don’t have enough quality players to put up a strong challenge in next season’s Malaysian Junior Hockey League (MJHL), according to coach I. Vickneswaran.

But they have lost most of their players from last year’s squad to the other teams.

“Most of the key players left because of better offers from the other clubs,” revealed Vickneswaran.

“It’s going to be tough for us to put up a decent team. We have a young squad and the players lack experience.

“We have yet to start training as we are still looking for players. We will begin our training after Christmas,” he added.

Blue turf to be formally inaugurated with National Hockey at HCP A view of the newly-laid gesso turf at the Hockey Club of Pakistan. Anis Hamdani/White Star

KARACHI: A new blue desso turf with pink outline that has been laid at the Hockey Club of Pakistan Stadium will be formally inaugurated when the 62nd National Hockey Championship gets into action on Friday.

Imported from Holland at a cost of Rs57.1 million, it is the second blue synthetic turf that has been laid in the city the other being at Islahuddin-Dr M. A. Shah Academy. Sindh government has borne cost of both the turfs.

It may be mentioned that this is the fourth synthetic pitch that has been laid at the HCP during the last 36 years. The first was laid in 1979 ahead of the second PIA Champions Trophy that took place the following year.

The stadium that was in dilapidated condition since long has been refurbished and gives a fascinating look. Besides replacing the worn out turf, the entrance, main enclosure and railings have been painted. Damaged chairs have also been replaced by new.

He added that apart from the turf, entire renovation and RO plant cost has been borne by the PHF.

He said floodlights have also been repaired and matches from quarter-finals onwards will be played under lights.

As many as 20 teams are set to vie for honours in the country’s premier hockey championship which concludes on Jan 10.

According to the PHF official, an exhibition match between former Olympians and internationals will mark the inauguration of the event.

The remaining part of the stadium appears very dirty and also needs immediate repairs and whitewash, a visit to the HCP Stadium by this correspondent reveals.

Meanwhile, veteran international athlete and honorary coach Mohammad Talib, who runs Athletic Fitness School (AFS) at the HCP for almost the last four decades, has appealed to the PHF to restore the track around the hockey field.

“All stadia across the world are built multi-purpose and a great injustice has been done with the local athletes by cementing a small portion in front of the main enclosure,” he told Dawn.

He asked the Sindh government to lay a tartan track by allocating budget in the next fiscal year after restoring it in its original position.

Fiji's Lautoka Hockey Association will combine with its counterparts from Nadi and Lautoka in order to groom more players for national duties.

A total of 16 players from the West were part of the Fiji Warriors men's and women's teams during the recent Fiji Invitational Series at the National Hockey Centre in Suva.

Lautoka Hockey Association's media liaison officer Fergus Underwood said this was a positive sign for the sport in the division.

"Our mission is to get as many players from the West to represent the nation at the Oceania Pacific Cup in Suva next year."

So much for holiday cheer... 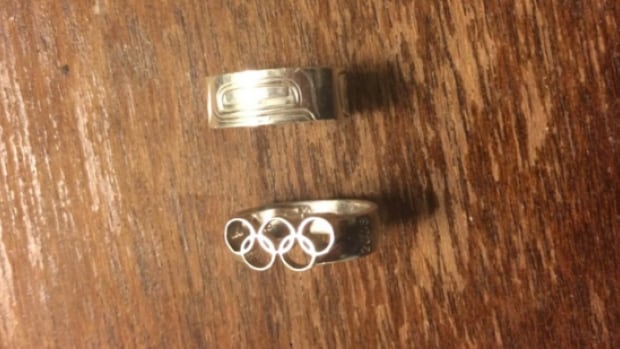 According to the Vancouver Police Department, the thief stole a few items, including "a priceless white gold 2008 Beijing Olympic ring and a UBC Thunderbirds alumni ring. Both rings are irreplaceable."

Tupper is one of only two men on the 2015 national team who competed at the Beijing Games and is now team Canada's captain.

On the bright side, the Canadian field hockey team has already qualified for Rio.