All the news for Saturday 3 January 2015

THE Fiji men's hockey head coach Hector Smith is confident Fiji of winning a gold medal at the Pacific Games in Papua New Guinea this year.

Smith made the comments following the decision made by the Fiji Hockey Federation to pull out from competing at the World Hockey League Round Two in Singapore.

The former national hockey rep said despite missing a chance to play the top 20 teams in Singapore, he had no shadow of a doubt Fiji could win gold in PNG.

"We're the defending champions in hockey in the region and I am confident we can win gold in PNG during the Pacific Games," he said.

The Fiji women's side won gold at the 2003 South Pacific Games in Suva and the 2007 event in Apia, Samoa.

Smith said they had the combination of players that could bring glory to Fiji.

"Most of these players have been playing together at a very young age. Currently we have the best team and I believe we can win gold in PNG."

And after proving their worth in front of its home fans in Suva, Smith added they would do the nation proud in PNG.

FHF is expected to submit its final squad to FASANOC in March.

KARACHI: Muhammad Irfan scored twice for PIA as they won 8-0 against Punjab on the eighth day of the 61st PSO National Hockey Championship at the Sialkot Hockey Stadium.

Azfar Yaqoob, Nohaiz Malik, Rana Sohail, Shafaq Rasool, Kashif Ali and Ammad Butt all scored once each to help PIA win their third match in a row over a Punjab side that had won its first three matches.

Meanwhile, Pakistan captain Muhammad Imran scored the winner in the 51st minute for Army against SSGC, after Shakeel Abbasi’s 45th-minute equaliser had cancelled out Hammad Zafar’s opener in the 41st minute.

In another match, NBP defeated Customs 5-2, while umpire Rana Sajid Ali has been banned for a match for poor decisions.

Their forwards Gurmeet, Ekka and Biju Singh moved in tandem, ably fed by their accurate half-line led by centre-half Avtar Singh. Two early goals in 3rd and 5th minutes upset the rhythm of the Railways, forcing them to fall back in defence. The Railway defence caved in the 3rd minute itself when inside right Biju Singh got hold of the ball outside the D and scored with a quick body swerve (1-0).

Two minutes later, skipper Mandeep Singh converted a short corner to put his side 2-0 ahead. Speedy forward Biju Singh gave a solid 4-0 lead to the Army outfit with a brace of quick goals in 29th and 30th minutes. Railway defence fell apart and conceded another goal (5-0) in the 44th minute when inside-left Gurmeet Singh dashed parallel to the goalline and pushed the ball in the net through the legs of the goalkeeper. The Railways got the only consolation goal in the 65th minute through Tajmoto to go down 5-1.

Namdhari XI went down fighting (2-0) to Air Force, New Delhi. With little to choose between the two teams, the Airmen held a slight edge in their attacks and made better use of chances which came their way.

V.R. Raghunath has said he is ready to dish out a sturdy performance and put up a good show in the upcoming Hero Hockey India League, commencing on January 22. File photo

Ace defender and drag-flicker V.R. Raghunath has said he is ready to dish out a sturdy performance and put up a good show in the upcoming Hero Hockey India League, commencing on January 22.

One of the top drag-flickers in the world, the Karnataka player led Uttar Pradesh Wizards twice and took the team to the semifinals of the previous two editions of HIL.

The Indian defender will continue his stint with the Lucknow-based franchise and plans to materialise maximum scoring opportunities through penalty corners.

“The League this time is going to be tough as the best players of the world will be featured in the League. The strength of our team will be the drag-flicking skills,” Raghunath said.

The 26-year-old drag-flick specialist was the third in the list of the top goal scorers of both the previous two editions. Proving his worth and becoming a motivation to the defence line of Uttar Pradesh Wizards in the first season of the HIL, Raghunath scored a total number of nine goals where all the goals came from penalty corner conversions.

In the subsequent edition, he scored eight goals again from penalty corners.

As UP Wizards won their maximum matches through penalty corners, their team strategy will remain the same, earning the maximum penalty corners during the matches and convert them into goals.

Stating that he was excited to share the field with Harbir Singh, the Netherlands’ Marcel Balkestein and Jolie Wouter, Raghunath said, “I look forward to the third season and aiming to improve our position by finishing on a winning note this time.” 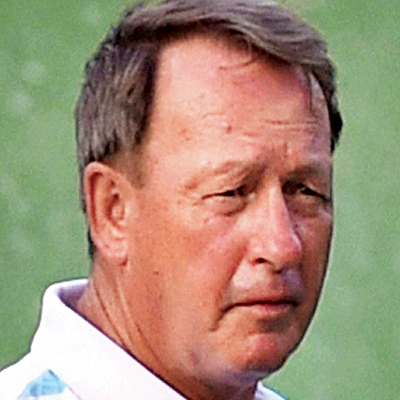 Even as former coach Terry Walsh battles allegations of financial fraud against him, Hockey India (HI) has begun the hunt for his replacement. And as far as the governing body is concerned — "Walsh is history".

The Australian, who has been accused by HI president Narinder Batra of financial misconduct during his tenure as technical director of USA, released a statement through his attorney last week, refuting the allegations against him.

Batra had alleged that Walsh had committed misconduct in a software-related issue involving a firm, Sportstec, by not obtaining the licence for USA Field Hockey (USAFH).

The statement from Walsh's attorney, a copy of which is with dna, quoted the attorney for USA Field Hockey (USAFH) as saying, "... the assertion that USAFH criticised Mr. Walsh's failure to obtain a software license for Sportstec software directly from Sportstec on behalf of USAFH is simply incorrect."

However, Batra rubbished the statement, saying he too has documents that can prove his stand.

"The statement that he issued through his lawyer is completely false," Batra said on Friday. "I have several documents that prove what I'm saying. In fact, I've received another document from USAFH as recently as two days ago to strengthen my case. But unlike him, I'm not in the business of leaking such things to the media.

Walsh had threatened to file a legal case against the HI president for his allegations after he flew back home after resigning from his post as head coach in November.

"Why is he not doing that? I'm not holding his hands. If he is so confident about his innocence, why isn't he filing a legal case? I will produce all documents proving my allegations to the court then," Batra said.

HI, which had put off the issue of finding a head coach to after the completion of the Champions Trophy in December, has already received applications for the top job.

"We have received some CVs and the process has already started. We will shortlist and decide on a name by the end of this month or mid-February and send it to the Sports Authority of India. The next Indian camp won't be before March, so we still have a lot of time," Batra said.

Jim has been awarded the British Empire Medal for services to hockey; he's been involved at Wilmslow since the late 1950s and has been a driving force in the development of the club and its facilities across the 50 years.

Club Secretary, Martin Stocker wrote, "On behalf of members past and present, the Committee would like to thank Jim for his unstinting contribution to the club and to congratulate him on this well deserved honour."

England Hockey Chief Executive Sally Munday added, “This is fantastic news for hockey and I’m delighted to see Jim recognised for the incredible contribution he’s made to Wilmslow Hockey Club. Volunteers are the lifeblood of our sport and it’s brilliant to see their importance recognised in the New Year Honours.”