Coach Lenise Marais will also be looking to take advantage of the lower pressure and match competition time for the team after the COVID Pandemic has limited opportunity for the team over the past year. The team will also be looking to defend their title they won in Windhoek in 2016. With a spot at the World Cup in Potchefstroom in December up for grabs, the competition promises to be intense throughout.

It’s a very exciting team, who are desperate for competitive action after both the 2020 PHL and IPT were cancelled cost them an opportunity. Bianca Wood and Onthatile Zulu were part of Robin van Ginkel’s champion side at the 2019 African Hockey Road to Tokyo in Stellenbosch. Their experience will be an integral part of a side navigating the challenges of the tournament.

Marais will also be able to call on Mishka Ellis, Nepo Serage, Kayla de Waal, Jacolene Mclaren, Samantha Smuts, Zimkhitha Weston and Angela Welham, who have big tournament experience. The group of players took South Africa all the way to the Bronze medal match at the 2018 Youth Olympic Games in Argentina.  The experience this group gained from the big tournament, and in particular the Quarter Final victory against Australia, will be a massive asset to the rest of the team.

With qualification for the December tournament secured already, each of the players will also be looking to cement their place in the home tournament later this year where they will take on the likes of Germany, England, Netherlands, Australia and Argentina.

Convenor of Selectors Bridget Kee is looking forward to the team’s challenge.

“With an exciting balance of experience and new caps, the SA U21 Women’s team under the leadership of coach Lenise Marais are sure to do South Africa proud at the AFCON qualifications. It’s such a pleasure watching these young players on the field. They are dynamic, disciplined and confident. I wish the team and all the staff best of luck for their tournament”.

Head Coach Lenise Marais cant wait to get to Ghana:

“I'm looking forward to the next challenge with this group of players. The depth in the squad and progress each player has made since our last camp is very encouraging. This tournament will be an opportunity for us to implement some of the plans we've been working on. The staff is pleased and proud of the commitment and focus displayed by each of the players.”

The South African Hockey Association wishes the team best of luck for their challenge!

Defender Gurjit Kaur reflects on lessons from the Argentina tour 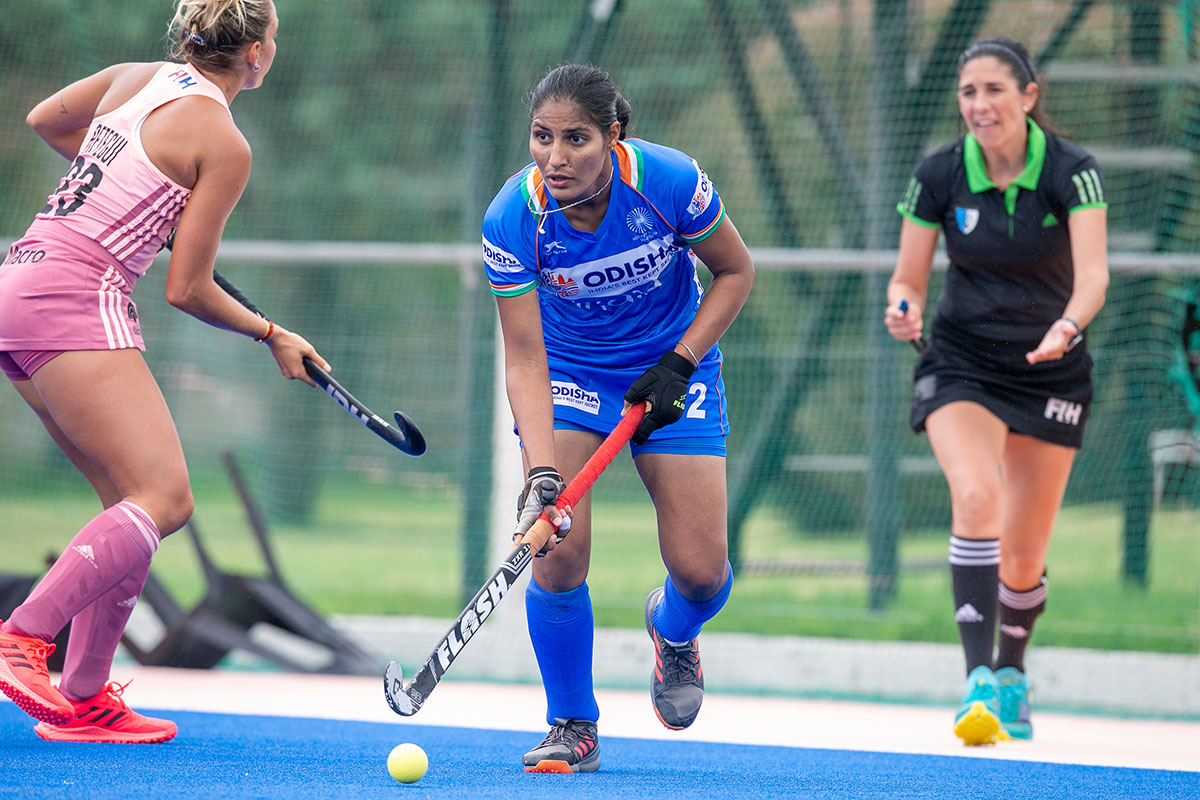 Amritsar, 08 February 2021:  Indian Women’s Hockey team defender Gurjit Kaur reflected on her team’s recent tour of Argentina, their first assignment in a year, which concluded earlier this month. Despite not registering a win on the tour, the Rani-led Indians went toe-to-toe against the world no 2 side. Gurjit thinks the hard-fought series made her a better player.

“It felt great to be back on the field after one whole year. I am happy with my performances too, having faced a top side,” Gurjit said. “We competed well against them. If you compare our performances over the last three-four years, the team has vastly improved, and that bodes well for us going into future tournaments,” she added.

Getting used to the rigours of bubble life comes with its own set of challenges. The 25-year-old thanked Hockey India and Sports Authority of India for helping the players acclimatize to their new environment.

“Of course, it was tough to get back to a competitive arena during the early part of the tour. But, I feel, as a team we adapted quickly. It is only natural to feel a little rusty when you are away from a competitive environment or so long,” Gurjit said. “Life inside the bubble wasn’t easy but thanks to SAI and Hockey India, all the arrangements were in place.”

The Indian team were defeated 2-3 and 0-2 by the senior Argentina side. However, the visitors ended on a happy note, drawing 1-1 against Las Leonas in the final game of the tour. Rani and Co also faced Argentina’s junior and B teams.

Gurjit is now looking ahead as the clock ticks down towards the 2021 Olympics. “Personally, I am satisfied with my performances. I will be sitting down with my Coaches to assess areas where I can still improve,” she said.

“With the Olympics coming up, this was a good test for us. We are preparing well for Tokyo and will continue to get better,” Gurjit signed off.

Jr. Star Sangita: “We trained hard for the Chile tour and it paid off” 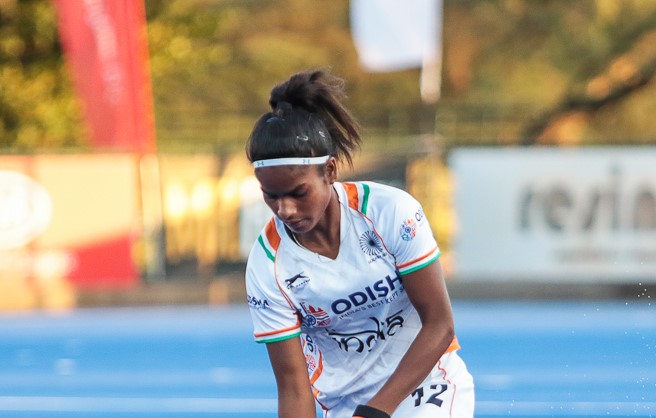 Bengaluru, 10 February 2021: The 19-year-old striker Sangita Kumari was one of the top performers for the Indian Junior Women’s hockey team in the recently concluded Chile tour, where the team remained unbeaten. Having scored four goals in five matches, Sangita said that it was a great feeling to contribute to the team’s success, especially after a long hiatus due to an ACL injury and the pandemic situations.

“I was playing after quite a long time as I had an injury in 2019, and then due to COVID, everything came to a grinding halt. It was a great feeling to be back and contribute to the side’s winning cause. All credits to the coaching staff and teammates for all the support and trust, which helped me deliver,” expressed Sangita.

Indian Junior eves won five out of six matches while one ended in a draw. Commenting about the team’s performance, she added, “We did really well in Chile, despite not getting any competitions in 2020 due to the pandemic. We had trained really hard at the camp for the tour, and it has paid off.”

The Jharkhand-born first came in the limelight during the 2016 Girls U18 Asia Cup, where she scored eight goals and helped the team clinch the Bronze medal. She was also a part of the Hockey Jharkhand team which won the 9th Hockey India Junior Women National Championship 2019 (A Div).  “I think winning the Nationals for Jharkhand in 2019 was a big highlight for me and a very satisfying victory. We were quickly recognized for this feat by getting a call-up for the Junior Women’s National Coaching Camp. My journey since then has been quite eventful and I am working hard on improving my game,” she said.

Having featured in six international-level competitions before, the Jharkhand-born is now aiming for the Junior Women’s Asia Cup, which is scheduled for April this year in Kakamigahara, Japan. “We will soon begin our training in SAI this week, and I definitely think the Chile tour has boosted our confidence. Hopefully, we can continue the same run of form at the camp and hopefully at the Junior Women’s Asia Cup as well,” she signed-off.

All the news for Tuesday 9 February 2021