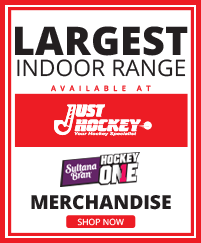 Lisnagarvey’s lead at the top of the men’s EY Hockey League stretched out to eight points after their comfortable 5-2 win over Pembroke and Banbridge’s 4-3 success over Monkstown.

Lisnagarvey ended the weekend eight points clear as Andy Williamson’s hat trick helped them to a 5-2 win over Pembroke at Serpentine Avenue. They raced into an early 2-0 lead with Williamson’s drag-flick soon followed up by Johnny Lynch’s great solo run from halfway, riding a few tackles before finishing off.

Pembroke were in the ascendancy after that but could not make any inroads when Garvey were reduced to 10 men for 10 minutes before the game settled into a midfield battle leading up to half-time.

Alan Sothern halved the deficit early in the second half but Daniel Nelson’s rocket to the roof of the goal put Garvey back in the clear and a second Williamson corner made it 4-1. He completed his treble in the final quarter where Sothern also netted what was his 10th goal in four games but it proved to no avail.

Corinthian closed the gap to the top four playoff places with a comfortable win at Strathearn over bottom side Annadale as their good run of form continues, making it seven points out of nine in 2020.

Ian Stewart put them in front after just three minutes before Glenn Holmes rolled back the years for 2-0 at the end of the first half. Andrew Sutton fired in a cracking third and while Will Aston nicked one back on three-quarter time, the Whitechurch reds were well on course to their fourth win of the season.

Glenanne and YMCA’s tie at St Andrew’s was abandoned with the score at 0-0 in the third quarter due a water-logged pitch. A new date for the refixed game which will be played in its entirety will now be sought.

Banbridge made it fives on the bounce – scoring 31 goals in the process – with a 4-3 win over second-plaved Monkstown, surviving a late fright after they had built an imposing lead.

Josh Moffett made it 1-0 after just 30 seconds before Philip Brown pushed in a penalty corner for 2-0. Town had already threatened with Luke Roleston making a series of key saves before the Dubliners got one back from a mistake in defence, Gareth Watkins the recipient for 2-1 in the 14th minute.

But another Brown corner goal extended the lead again to 3-1 which they held through to half-time and throughout the third quarter. Owen Magee seemingly made the game safe when he drilled into the bottom corner with 10 minutes left.

Monkstown immediately when to 11 outfielders and corner goals from Geoff Cole and Rory Nichols trimmed the gap to 4-3 with time running out. Bann held on and their winning streak remains in tact as they sit in third place on their own now.