Review of a Hockey NOVEL 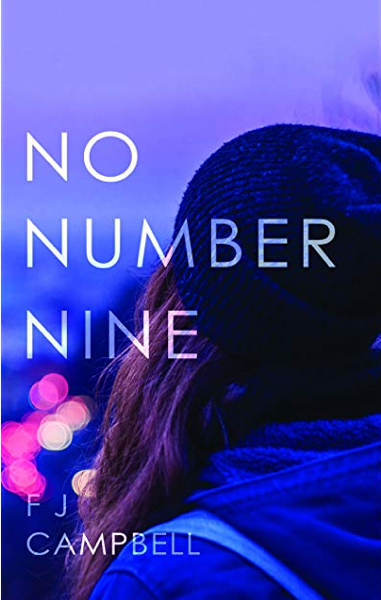 When one thinks of sports books, it is the biographies, coverage of some event, record books, coaching manuals, etc. Sports Novels (fiction) are uncommon.

American sports such as baseball, ice hockey, American football, basketball lead in this genre.  Cricket novels have been penned down since Victorian days.

However, in hockey they are almost unheard of.  I have vague memories of a book titled ‘Hockey Term at Trebizon Boarding School’ a novel written for school girls.

But recently, I read a wonderful hockey novel ‘No Number Nine’ penned down by the British author F.J.Campbell.

It is the story of an English girl, Pip Mitchell. Born in a hockey environment; both her parents professional hockey coaches, Pip herself played for England under 16s. Her only sibling Holly, a hockey Olympian, meant everything to her. Holly had married an Australian hockey Olympian Troy Costa who she met at a tournament.   He had moved to England, getting a player / coach job.

The story takes a turn when Holly died after being hit by a ball during a match. Pip, now haunted by sister’s memories, lands a job of an au pair in Germany. To erase memories of her late sister, she wanted to be away from the hockey environment at least for some time. To her ultimate surprise, the two boys, she had to look after, regularly played hockey at the club owned by their rich family. All sorts of characters at the club house in the small German town bring a lot of spice. There is also mention of Pakistani and Indian players who play for the club.

Some big stars including Pakistan’s Sohail Abbas, ‘he’s a killer drag flick that’ll take your head off’ and renowned coaches of international hockey of the era are mentioned as well as the actual venues of mega events such as the Champions Trophy editions of that period i.e. 1995- 2000. The Sydney Olympics bring a climax.

She also meets Troy after a long time. Here, one comes to know why the book is named, ‘No Number Nine’.  Nine was the Great Britain shirt number of Pip’s late sister. Before their match against Australia, in an emotional televised ceremony, the Great Britain team announces to retire the Number Nine shirt.

The book keeps you engaged through out with twists and dramas.  Scribe’s wife has very little interest in sports but is an avid fiction reader.  She remarked ‘a remarkable story told beautifully’.

Book is not only a gift for hockey lovers and sports biffs but also for those who are always looking for good fiction. It provides an excellent script for a movie.

FJ.Campbell is a hockey player who writes fiction. Her other published novel, ‘The Islanders’ is about young adults at a boarding school.  ‘Enjoy the Silence’ and ‘The Wanderers’ will be coming soon.

No Number Nine is available in paperback or Kindle from Amazon.com here