The University of Birmingham held leaders Surbiton to a draw in the Investec Women’s Hockey League Premier Division, the first time this season the reigning champions have dropped a point.

Second bottom of the table, the University of Birmingham have been hit with numerous injuries and faced a double-header weekend with East Grinstead their opponents tomorrow.

Susie Catlin put Surbiton ahead after only two minutes, but Lauren Hunt levelled three minutes later for the visitors and both sides cancelled each other out for the rest of the match.

Hampstead & Westminster are still second but narrowed the gap to Surbiton with a 3-0 win over Loughborough Students.

All Hampstead & Westminster’s goals came within the first half; Lauren Turner putting the hosts ahead after 11 minutes from open play before Lily Owsley doubled the lead and then Jo Leigh converting a penalty corner seconds before the half.

With Loughborough Students losing, East Grinstead extended their advantage in the play-off hunt to eight points with a 2-1 away win at fellow play-off hopefuls and fourth-placed Clifton Robinsons.

East Grinstead went into the half two goals to the good with a 27th minute goal from Lucy Holder and a 33rd minute strike from Courtney Hansford.

Tara Chittenden cut the deficit in half with her own strike for Clifton Robinson but couldn’t find a second as East Grinstead moved six points clear of the Robbies.

Elsewhere, Holcombe and Buckingham’s game was abandoned at half time due to a frozen pitch with the sides level at 1-1.

Charlotte Watson had scored for Holcombe with Natasha James replied for Buckingham before the match was stopped.

Bowdon Hightown versus Beeston was postponed without play beginning, also due to a frozen pitch.

Leicester City leapfrogged opponents Swansea City to go top of the Investec Women’s Division One North thanks to a resounding 5-0 victory.

Three games in the division were postponed due to frozen pitches but the cold temperatures didn’t stop Leicester from putting on a show against their Welsh rivals.

Flora England scored two first half goals for the league leaders as Rachel Mack, Liz George and Katie Long also found the net in the second half.

Leicester go a point clear of Swansea with two games in hand.

Belper managed only their second win of the season in the division’s only other game against Stourport.

Georgina Furniss converted a penalty corner after 12 minutes for Belper with the game having to wait until five minutes from full time to see another.

This time, Sophie Aspinall’s strike sealed a vital three points for Belper as their 2-0 sees them off the foot of the table.

Wimbledon extended their lead at the top of the Investec Women’s Division One South with a 4-0 win over visitors Trojans while rivals Reading could only draw.

The hosts went two up within the opening 10 minutes thanks to Rosie Pickersgill and Crista Cullen but Olivia Chilton’s brace after only 22 minutes put the game to bed, giving her side a seven-point advantage at the top of the table.

Natasha Humphris put St Albans ahead in their game against Canterbury after only eight minutes with Lottie Simpson adding a field goal minutes before the half.

Canterbury threatened a late comeback and cut the deficit in half thanks to Mel Clewlow’s effort but the game finished 2-1 and ended St Albans’ unfavourable streak.

With top-two teams Barnes and Wimbledon 2s holding each other to a draw, Southgate and Bromley & Beckenham had chances to close the gap to the leaders in the Investec Women’s Conference East.

Southgate took all three points in a 2-0 win over Chelmsford thanks to Ella Sherring and Lucy Leel’s goals from open play either side of the half.

They move up to third, just two points behind the league leaders who sit on 20 points.

Bromley & Beckenham’s trip to Ipswich also ended with three points thanks to a 3-0 win.

Sophie Couldrey assured all three points went to the visitors with a 68th minute penalty corner.

Surbiton 2s scored late on against University of Birmingham 2s to take the win and a one point advantage at the top of the Investec Women’s Conference West table with two games in hand.

Hannah Denison and Alice Klugman’s goals gave Surbiton a 2-1 lead heading into the final ten minutes with Georgina Hampton scoring for the University of Birmingham.

Alice Melvin looked to have shared the spoils with her 65th minute strike for the West Midlands outfit but Hannah Denison was on hand with a last-minute goal from open play to send Surbiton top with a 3-2 victory.

Despite lying third behind Exe – who are only a point off Surbiton 2s but having played two games more – Oxford Hawks’ 5-1 victory at hosts University of Bristol sees them in prime position to mount a challenge to the leaders for promotion.

Catherin Reaney bagged a brace for Hawks with Becca Edwards, Caro Harris and Claire Werlinger also finding the scoresheet in their triumph.

All matches in the Investec Women’s Conference North were postponed.

Amira will on Sunday hope to recover from the defeat when they line up against Lakers as the 2019 season comes to an end.

Okumu and Lynn Ayuma scored for the side coached by Meshack Senge in the 21st and 35th minutes respectively.

Okumu, who was last feted as the top scorer in 2014, said the accolade has been a preserve of the the two of them (Mwangi) and noted that she will try and guard it next season.

“It has always been me or Mwangi. It feels good to once again be among the top scorers and I must attribute the development to my short professional stint in Germany with Eintracht Frankfurt.

While the end result of the league is not what we had set our sights on when the new season begun, we found consolation in the fact that we have finished third," said the 24-year-old captain.

“I haven’t been around for some matches as I was away, but we need to make amends in our attacking and defence departments ahead of the new season. We won’t relent on our ambition to challenge for the title next season."

Scorpions finished second last season behind Blazers, who have once again been crowned champions for a record-extending 22nd time.

“Prior to the match, we had targeted a win that would have seen us finish third, but sadly it was never the case. We now hope to win against Lakers on Sunday to finish fourth.

We had a poor first leg recording many draws in the matches that we ought not have, but made remarkable improvement in the second leg. We need to come back next season a stronger side that will be able to hunt for the title because I believe we have what it takes to do so," said Omwandho.

Blazers will be coroneted on Sunday with United States International University of Africa (USIU A) Spartans finishing second.

Butali Sugar Warriors are champions in men’s category, while Wazalendo and Kenya Police cross swords on Sunday to determine who finishes second.

In the men's Super League, Mvita's chances of securing promotion to the top tier ended after succumbing to Wazalendo Masters 3-0.

With the result, the coastal based side remained fourth on the log with 36 points from 21 matches.

Mvita dominated the entire match but wasted many scoring chances that came their way in form of short corners with Ali Kale being the chief culprit. 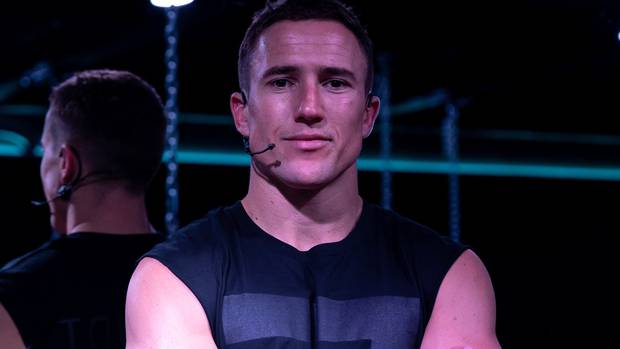 Former Black Stick, celebrity trainer and man about town Dwayne Rowsell opened the 'IN' place to exercise in Auckland earlier this year.

He also achieved the perfect work/life business that means he's returned to form to play hockey for NZ at the Tokyo Olympics next year.

It has fast become the place for the A-List to train, with famous faces like All Black Beauden Barrett and wife Hannah, actress Grace Palmer and TV presenter Cassidy Morris all being seen there.

Rowsell took a break from hockey between 2016 and 2018 to pursue business opportunities - and thought he was "retired" at the age of 25.

He evidently had some unfinished business.

"It has been a dream of mine to play for NZ at the Olympics since I started playing hockey at age 10. To get a second opportunity now, when I thought I was retired, is massive for me and I'm giving it my all," Rowsell tells Spy.

The 28-year old last played with the Black Sticks in June 2015 in Buenos Aires at an Olympic qualifying event.

"I debuted for the team in 2014, getting 25 caps across tournaments in NZ, Australia and Asia. The highlight was winning gold at the Azlan Shah Tournament in 2015 beating Australia for the first time in 25+ years."

"I managed to keep myself fighting fit through boxing and earlier this year I went back to play club hockey with my local club team. After a pretty good season I was asked to trial and made a commitment to a comeback," he says. 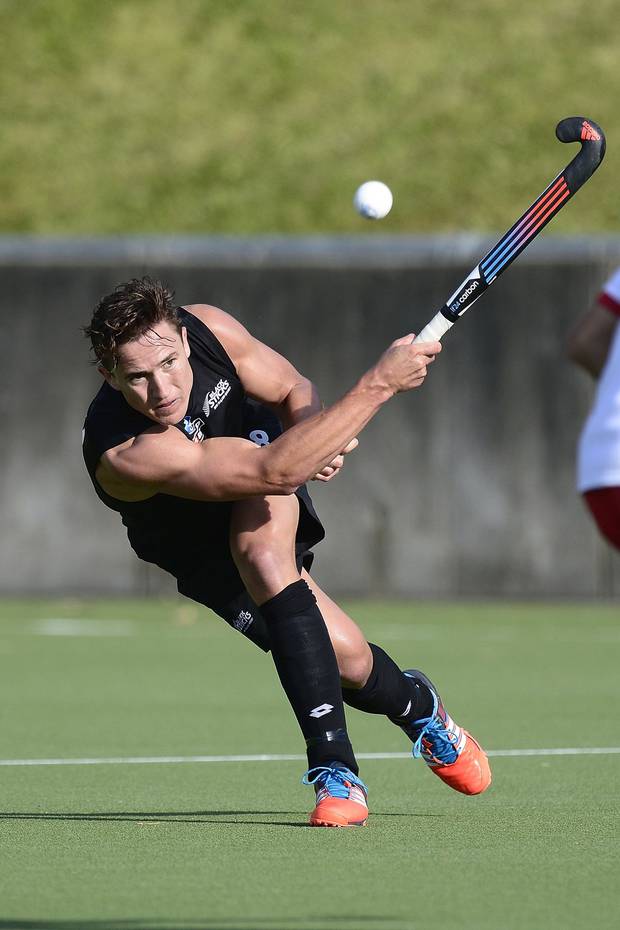 Rowsell credits his professional sporting career for giving him a great foundation for business, and the temerity to pull off a new form of fitness training with Studio Box.

"When you have your sights set so strongly on a goal you just do whatever it takes to get there. I am grateful that Studio Box is performing so well and we have such a committed and talented bunch of trainers that I am able to balance both business and Hockey for the next six months," he says.

A new hockey Astro for Hoërskool Linden in Johannesburg LINDEN – School principal Johan Wiehahn officially kicked-off the construction of the project by turning the soil of the new hockey AstroTurf on 22 November.

The excited faces of the learners and parents of Hoërskool Linden filled the stands of their sports field during the soil-turning ceremony of the school’s newly under construction AstroTurf.

School principal Johan Wiehahn officially kicked off the construction of the project by turning the soil of the new hockey AstroTurf on 22 November.

The new hockey AstroTurf will name Hoërskool Linden as the only Afrikaans school in the Johannesburg North area with this kind of facility. An aerial view of the construction site of the new hockey Astro at Hoërskool Linden. Photo: Supplied.

Harry Gardener, a member of the school’s governing body responsible for sport said, “Today was the official start of the of our new hockey Astro construction project. The facility will be a water-based Astro NHF standard with floodlights to allow for after-hour games.”

He added that the school will be focusing more and more on sport as part of a balanced education and the Astro forms an integral part of its future vision. Another exciting feature of the new construction is that the facility will allow for greater community participation as it will be made available for tournaments and training for other schools and clubs in the area.

The project has been financed by FNB and will be constructed by SporTurf South Africa.

The estimated date of completion for the project is early April 2020.